When 22-year-old UF computer science graduate Nicholas Verdugo exits a Gainesville bar at 1 a.m., all he can think about is which restaurant he’ll go to next to satisfy his late-night cravings.

Like many college students, Verdugo enjoys a midnight snack after a night out with friends, and he’s become a regular at a few late-night spots around Gainesville. His favorite is Flaco’s Cuban Bakery.

“The food is always delicious,” Verdugo said. “I specifically like going at night because there are so many people there having a good time. The energy is very high.”

This laid back Cuban bakery by day transforms into a must-visit munchies destination and entertainment hub once the sun goes down, staying open until 2:30 a.m. Tuesday through Saturday.

Flaco’s is always packed with people enjoying their food and dancing to music during the late-night hours, Kubisck said.

“It’s hundreds of people coming through,” Kubisck said. “We have a line out the door.”

A customer favorite is The Gator Cuban, a sandwich with pork, mayo, mustard, pickles and swiss pressed between Cuban bread. Another popular menu item is the quesito, a cream cheese-filled pastry dubbed by staff as the “sexy pastry” due to its popularity.

“It's a pretty fun vibe,” Kubisck said. “It's like you're still partying.”

Insomnia Cookies has quickly become a busy Gainesville go-to for late-night desserts since it opened in March 2021. The store is open from noon to 1 a.m. Sunday, 11 a.m. to 1 a.m. Monday through Wednesday, and noon to 3 a.m. Thursday through Saturday.

Located at 1702 W. University Ave., the chain’s eighth Florida location offers a selection of freshly baked cookies, which can be paired with different ice cream flavors or frosting.

General manager Brett Nelson has worked at the store since its grand opening, and he said he enjoys making his customers smile with the help of cookies and his positive attitude.

“We are here for everybody,” Nelson said. “You get people who've had really, really bad days, and all that might make it better is just a warm, delicious cookie.”

The restaurant, located at 1412 W. University Ave., serves a variety of different foods like gyros, rice platters, salads and sandwiches. It is open from 11 a.m. to midnight Sunday through Thursday and 11 a.m. to 3 a.m. Friday and Saturday; summer hours may vary.

In the religion of Islam, the Halal diet should be followed according to the Quran. Most foods are inherently Halal, but halal meat must be prepared in a specific way.

Derrick Johnson, the catering coordinator and ambassador of Naq’s Halal in Gainesville, is from Philadelphia and has worked in the culinary field since 1984.

“I have to give kudos and hats off to the students of UF because of their consistency and buying our food,” Johnson said.

The restaurant’s late-night hours aim to attract college students coming from the Midtown bars and studying on campus, he said.

“Our overall thing is constantly speaking to the students,” Johnson said. “We engage with all customers when they come in, because through communicating with them, we may find a way to operate our restaurant even better.”

For nocturnal taste buds, The Top offers the solution to every person’s appetite.

This popular spot, located at 30 N. Main St., specializes in American cuisine and has extensive vegetarian and vegan options. It is open Tuesday through Sunday from 5 p.m. to 2 a.m.

Scott Schillington and Hal Mendez, the owners of The Top, opened the restaurant 20 years ago. They also own other Gainesville small businesses like The Wooly, Arcade Bar and Pop-A-Top.

Dinner and late-night hours at The Top attract a diverse crowd of families, students and professors. Front house manager Callie Seip said customers are usually curious about the restaurant’s eclectic environment, which includes tchotchkes and other funky decor covering the walls.

“I've heard our owner say it's kind of supposed to be like somebody's house in the 70s,” Seip said. “It’s pretty charming.”

Similar to Flaco’s, The Top is a family-friendly restaurant during the early dinner hours but switches to a late-night food and hangout spot at around 10 p.m.

The Top’s night-time menu consists of simple bar food, with its in-house breaded chicken tenders and burgers being the favorites among customers and staff. Seip said corn nuggets — deep-fried balls of creamed corn served with a garlic aioli sauce — are another popular pick.

“It's such a simple thing, but people love it,” she said.

With three locations in Gainesville and 20 locations across the state, Five Star Pizza is a staple for late-night pizza cravings. The restaurant stays open until 3:30 a.m., seven days a week.

Rebecca Jackson, general manager at the 210 SW. Second Ave. location, has lived in Gainesville for most of her life and started working at the pizza joint two years ago.

“Five Star is Gainesville through and through,” she said.

As one of the pizza places open latest in Gainesville, the chain became popular among the college crowd.

“Our busiest hour of the entire week is Friday night from one until two in the morning,” Jackson said.

“Everything is done in-house. It's all fresh ingredients,” Jackson said. “Consistency is what we care about.” 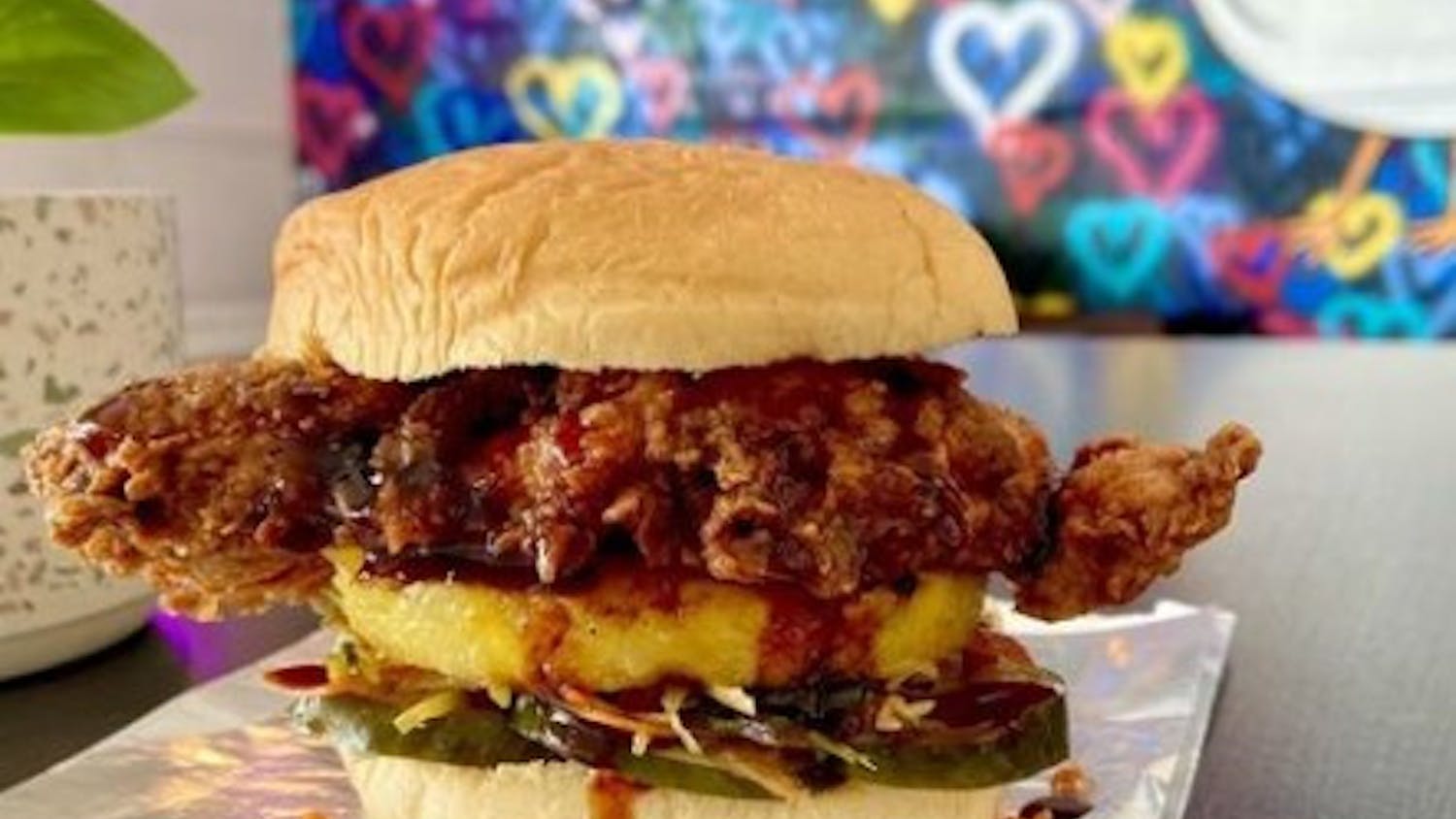