For the first time in four years, the Florida Gators women’s track team sits atop the Southeastern Conference.

After a six-hour rain delay Friday, the Gators got their first points on the weekend as Lester claimed the top-spot in the heptathlon. Entering the day the junior led the pack through the first four events with 3,537 points with three more appearances remaining. Lester, a Marietta, Georgia, native, gave a valiant effort in the javelin, recording a personal best 33.12 meters/ 108-08.

With a comfortable 536-point lead heading into the seventh and final event, Lester clinched SEC Gold in the 800-meter in a time of 2:16.72, giving her a final point total of 5,749 points. The stellar performance gave the orange and blue a SEC sweep in the multis for both indoor and outdoor.

For Moore, the outstanding sophomore-outing comes to a close; she goes a perfect 4-for-4 in SEC competition this season. The former Georgia Bulldog proved once again she is a force to be reckoned within the long and triple jump.

On Friday, Moore received SEC Gold in the long jump recording 6.73 meters/22-1 in just her first attempt. In the same event, sophomore Clair Bryant wins bronze after she leaped to 6.56 meters/21-6.25.

In Saturday's events, Moore claimed gold once again in the triple jump, leaping to 14.46 meters/47-5.25, to complete perfection. Right behind her, redshirt senior Natricia Hooper earned silver, launching to 13.74 meters/ 45-1.

UF earned itself two podium finishes in the women's 800-meter race. On Friday, junior Imogen Barrett earned a top-two finish in the 800 meter prelims. With a personal best of 2:01.42, Barrett's late surge catapulted herself into the front of the pack for first place.

Red-shirt junior Gabrielle Wilkinson received a bronze medal in her time of 2:02.49, a season-best for the Wynnewood, Pennsylvania, native.

Barrett also finished in fifth place in the 1500-meter.

In the 400-meter hurdles, Team USA representative, Anna Hall, the championship ends with SEC Silver, crossing the finish line at 55.36 seconds. Hall was no match for Arakansas’ Britton Wilson as she recorded a personal best of 53.75 seconds.

Sophomore Talitha Diggs competed in two events after placing in the top-three  finish in the 400 and 200 meter prelims. In the 200 meters, Talitha Diggs won bronze after clocking in a personal record, 22.64 seconds.

In the 400-meter, the Saucon Valley,Pennsylvania, native is the reigning 2022 SEC Indoor Champion but she could not repeat the performance  on Saturday. Diggs managed a fourth place finish, unable to add another podium appearance for UF.

As the night was at its end, as a team, the orange and blue sat in second place for total points, trailing the LSU Tigers with two events to go.

Long distance runner Parker Valby came in clutch for Florida in the 5000-meter run. The sophomore achieved a school record in her first 5k run of the season. Valby’s efforts figured to push past LSU in the standing for the lead.

A pointless affair for the Tigers, the Gators took a 11.5 point-lead. The women's events concluded with the 4x100 and with a comfortable lead, UF chose to sit out as it clinched the SEC title.

On the men's side, the Gators claimed three gold medals. In the 4x400, sophomore Ryan Willie, junior Jacory Patterson, sophomore Jacob Miley and junior Champion Allison achieved a SEC Outdoor and facility record with a time of 2:59.44 seconds.

Red-shirt sophomore Joseph Fahnbulleh anchored the Gators 4x100, crossing the finish line with a time of 38.66 seconds, a facility record.

By the end of the night, UF went home with seven medals, Fahnbulleh got back to the podium in the 200-meter run but Georgia's Matthew Boling edged out the Hopkins, Minnesota, native. The sprinter received SEC Silver.

For the team, the men's team finished fifth in points as it prepares for Nationals on May 25th. 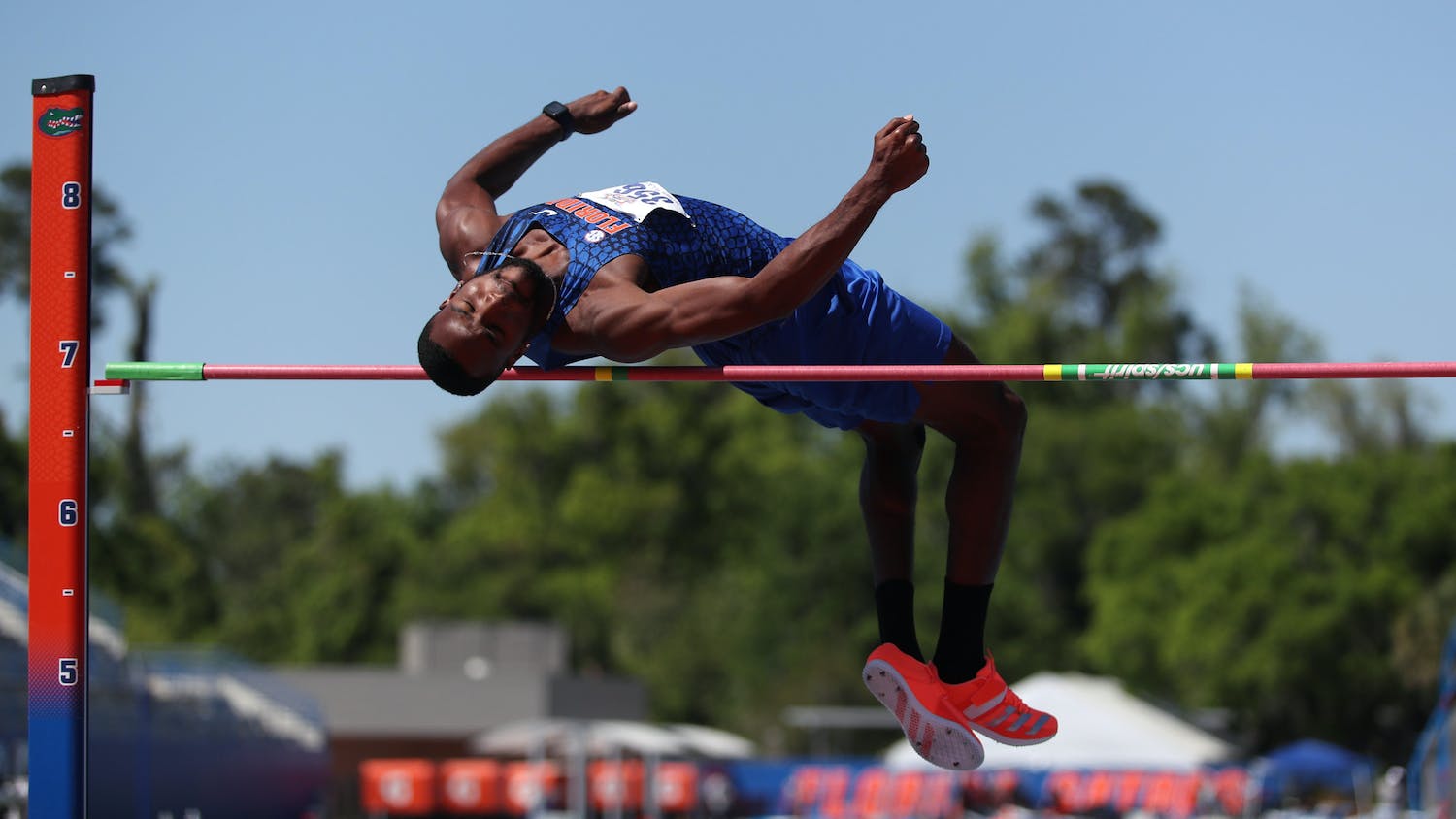 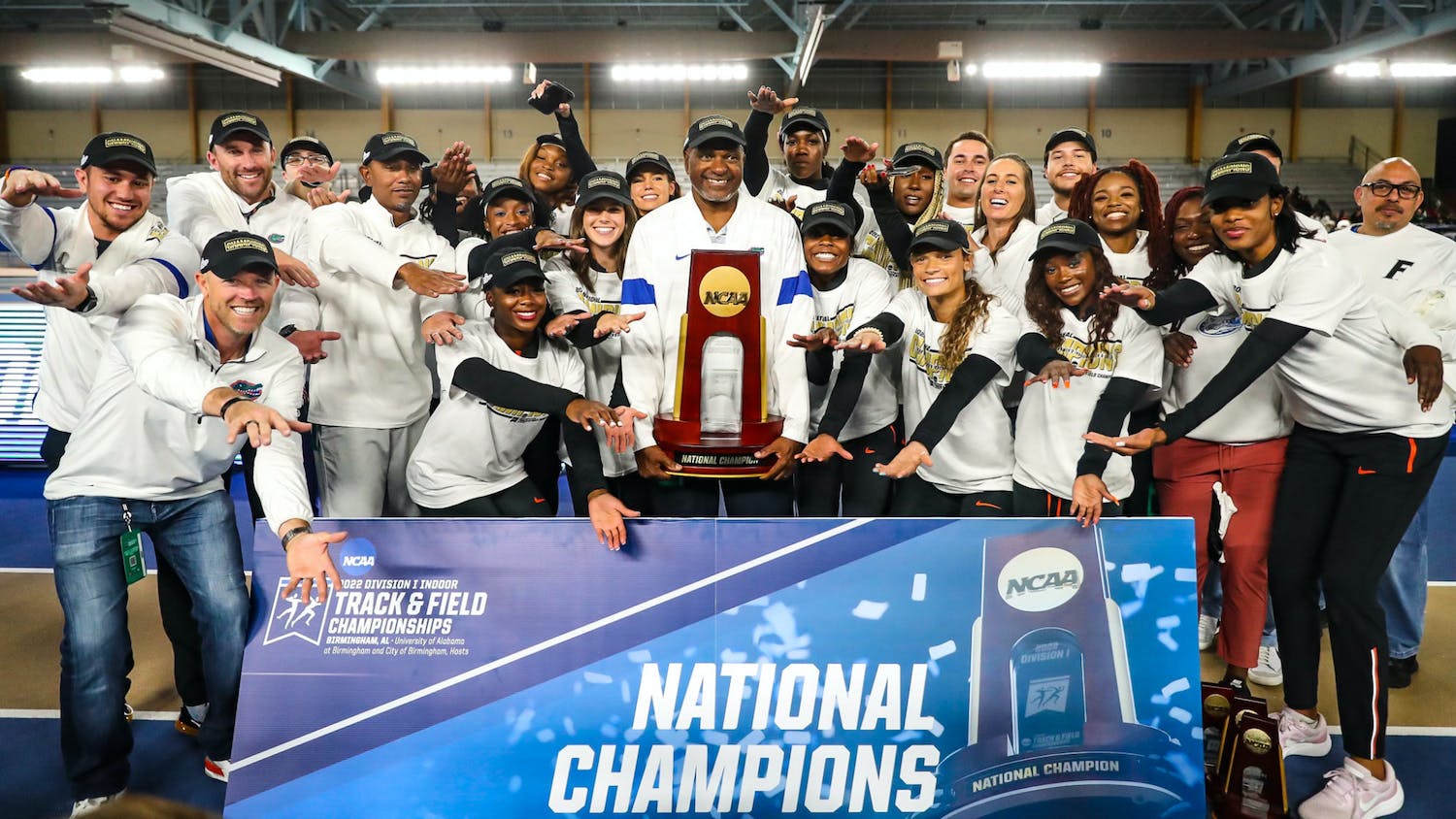