GPD said the motorcyclist hit another vehicle while speeding

A motorcyclist died Wednesday afternoon after crashing into another vehicle on Northwest 39th Avenue.

The accident occurred at the intersection of 39th and Northwest 24th Boulevard near Uptown Village Apartments. The male motorcyclist is believed to have run through a red light while speeding, Gainesville Police Department spokesperson Graham Glover said.

The motorcyclist collided with the passenger side of a four-door white sedan around 12:45 p.m. Glover said it was likely he died immediately. The driver of the sedan suffered minor injuries and was taken to a nearby hospital before being released.

Northwest 39th Avenue was closed from Northwest 19th Street to Northwest 34th Street for two hours as a result of the accident, Glover said.

Lori McKinnon Padgett said she had picked up her grandson from Norton Elementary School when she saw the aftermath of the crash. She said she saw a body covered by a sheet and noticed the motorcycle was on fire.

Glover said the realities of the road are the same for motorcyclists as they are for other drivers.

“My counsel to them would be the same as my counsel to people who drive cars,” he said. “Obey the speed limit. Follow the traffic laws.” 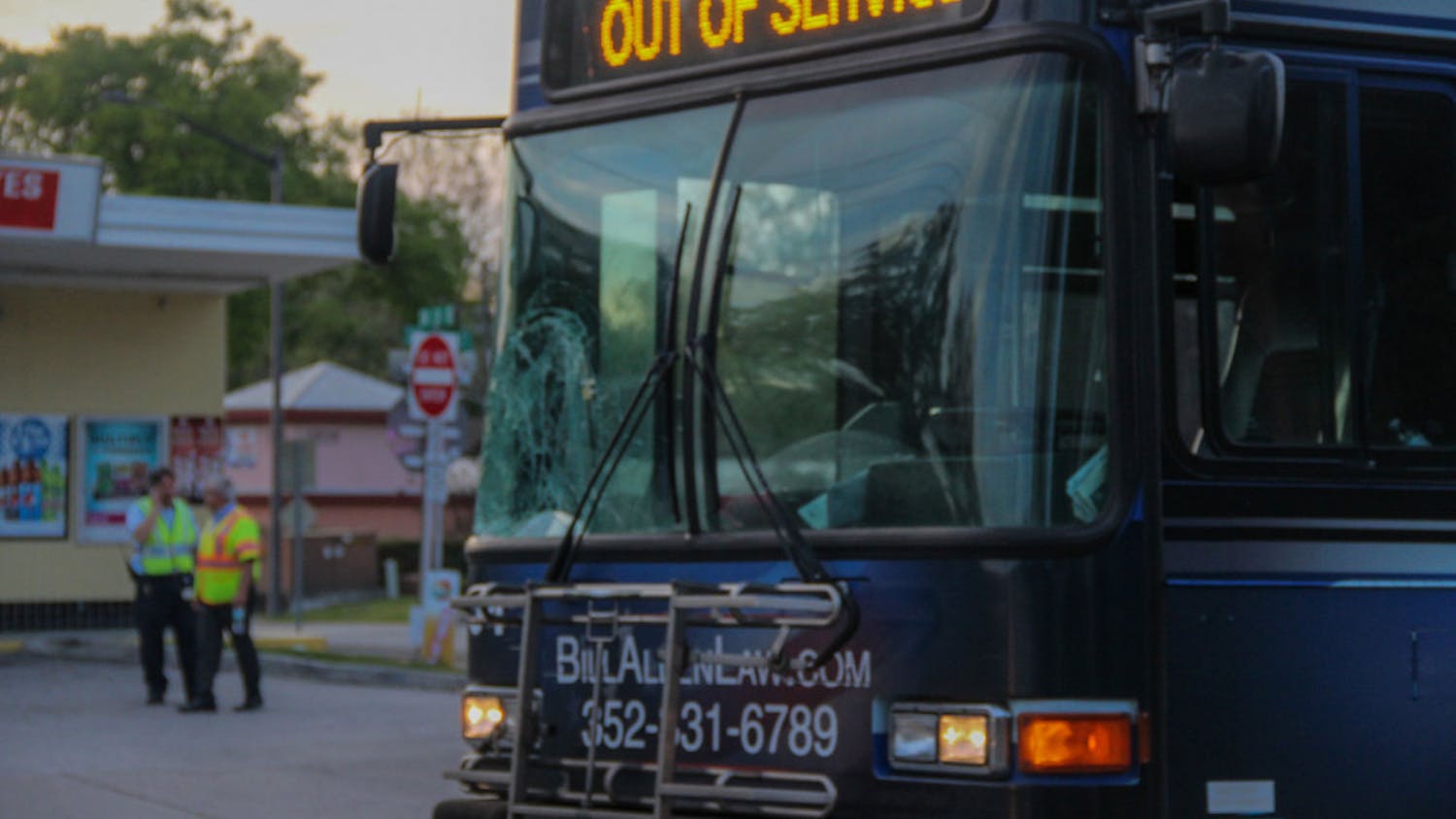