From the bayou to the Bluegrass State, fans from all over the Southeastern Conference showed up to represent programs, but Woo Pig Sooie sang in the end.

The 2022 SEC Softball Tournament was held in Gainesville, May 10-14, and fans across the entire conference showed up to support their respective teams.

The tournament was last held in Florida in 2005; since then, Katie Seashole Pressly Stadium has been renovated with more amenities to accommodate fans and house an elite experience for guests of all ages.

Chiasson is an LSU faithful and flew to Florida to cheer on the Tigers. After the Tigers’ elimination in the first round, he began pulling for the top-seeded Razorbacks to win it all.

Donning LSU attire, Chiasson stayed the entirety of the tournament regardless of his team's performance. As a fan of the sport, he enjoys the camaraderie and competition.

“That number 27 [Kendra Falby] from Florida was unstoppable,” Chiasson said. “There’s going to be a lot of success here in Florida.”

Walking around the concourse, 59-year-old Kathy Adrian was eye-catching in her orange and white tutu, representing Tennessee. A nanny from Orlando, Adrian is friends with the Volunteers’ head coach Karen Weekly and has followed the team to tournaments for nearly 15 years.

It wasn’t Adrian’s first visit to Gainesville. She visited seven weeks ago for the Tennessee series in late March where coach Weekly and her team picked up two wins over the Gators.

“I love all the players… I think all the girls are great,” Adrian said.

If it were up to the die-hard Volunteer fan, she’d crown senior Ashley Rogers as the most valuable player. The right-handed pitcher lasted 13 innings and secured the win in the longest game played in the tournament's history.

Loren Meadows has subscribed to Gator Nation since 1993 and would disagree with Adrian’s MVP pick.

“It’s definitely Skylar Wallace,” said Meadows. “The fact that she’s come in and assimilated herself into the program, seems to be a leader on the field and leads by example, it’s her for sure.”

Meadows had never been to an SEC Tournament before this week and said it’s a treat for it to be held in Gainesville.

“We see the way things are run and the overall vibrancy of the conference,” Meadows said. “With it being the top conference in softball, I mean it really has been a nice show. People from other programs have commented on what a beautiful ballpark we have here.”

The speed at which the game is played, the interactions with fans and the excitement from players are what makes softball Meadows’ second-favorite sport after football.

Young fans covered the berm and admired their idols.

“I get to experience all the things with her [Audrey], along with helping her,” Cisco said. “When I played ball, I always wished that I had somebody that was able to help me like that.”

Before the fifth inning in the championship game between Arkansas and Mizzou, Audrey and Taylor were selected to race each other on the field. They started on the right-field foul line and raced along the warning track to the foul line in left field.

The best friends are just 10 days apart in age and love competing. Taylor’s footing slipped at the start of the race, but by pumping her little legs, she gained on the lengthier Audrey.

By the time the girls hit center field, it was a dead heat.

Taylor had recovered enough to put pressure on Audrey, and the crowd was loving it. With about 10 feet left, Audrey pulled ahead and won the race.

“It’s farther than you think,” a winded Audrey said to her mother.

The pair was each awarded with a Dr. Pepper T-shirt and a memory that will last a lifetime.

“Watching the girls enjoy something that is fun, let loose and show their competitiveness is wonderful,” said Cisco.

“They [granddaughters] won so we thought, let’s go see the Razorbacks,” Wanda said.

Wanda was raised in Arkansas and taught in Little Rock, but her husband's job brought them to Gainesville where they resided for a little more than 30 years before moving back to her home state.

As much as Gainesville feels like home, Wanda had no trouble when deciding who to root for during the SEC Tournament.

Sisters Paige and Brooke Smith grew up in Jefferson City, about 30 minutes away from the University of Missouri, and have attended many Mizzou sporting events.

“I’m surprised that they [Missouri] made it this far,” said Paige. “Hopefully they can continue their run.”

The sisters were stunned when No. 7 Missouri upset No. 3 Tennessee, 3-0, in the extra-inning semifinal thriller.

“It seems like everything’s pretty modern on campus, it was really nice,” Paige said.

Paige and Brooke would eventually head back to Tampa disappointed.

The winners wiggled their fingers as they raised their arms, shouting “Woo” then, dropping their arms, yelled “Pig” in celebration.

It was an unfamiliar war cry that echoed in KSP Stadium.

The consensus of the weekend seemed to be that nothing beats SEC softball. Through multiple weather delays and late starts, fans were willing to stick it out to watch a slew of thrilling games, rain or shine.

According to the fans, the slogan is tried and true. 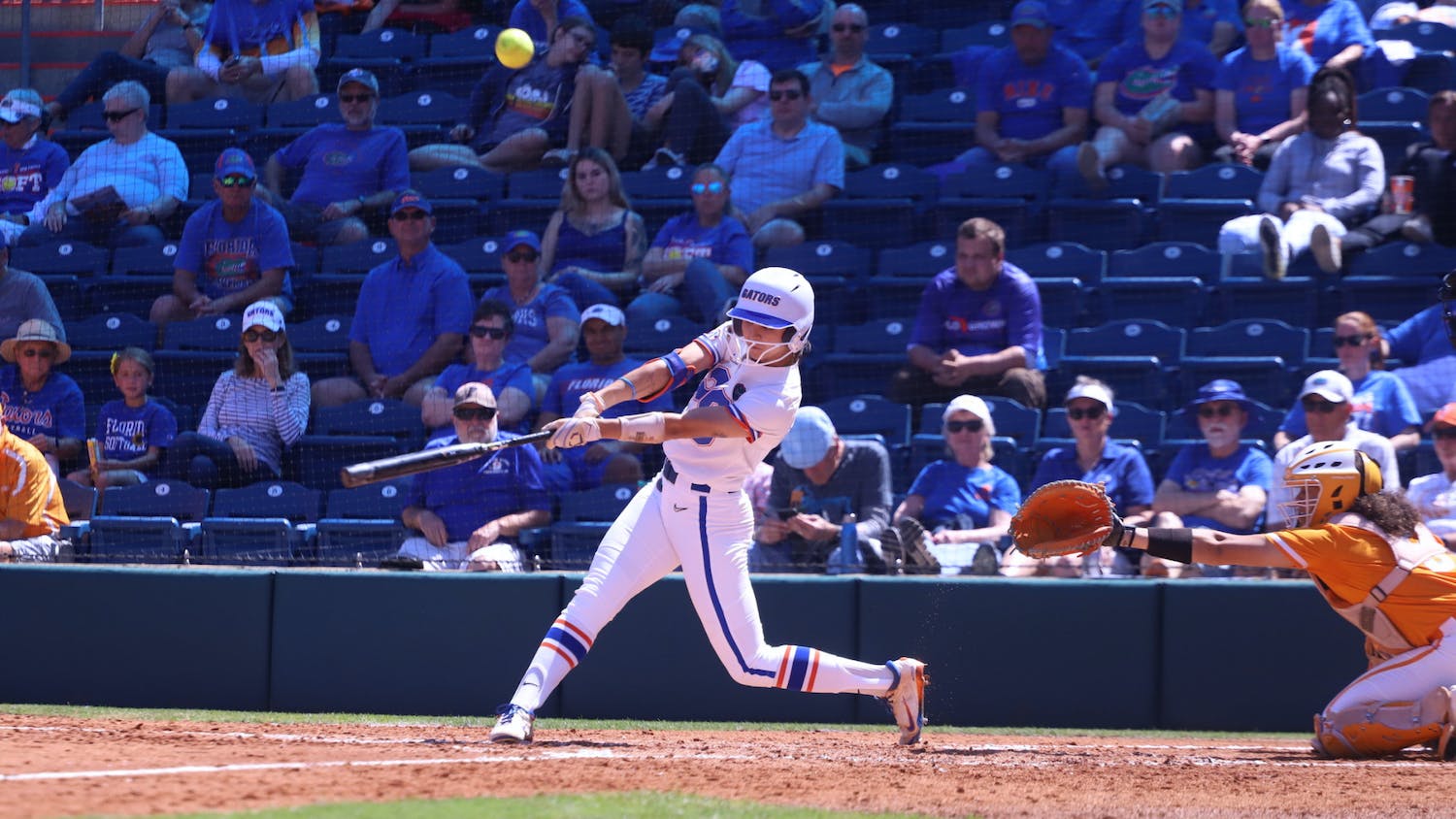