About 300 people rallied in response to the mass shooting in Uvalde, Texas

Jackson O’Neill turned 13 a month before the Parkland shooting.

Instead of an assembly to attempt to address the tragedy that took place four hours south at Marjory Stoneman Douglas High School, his school conducted an unannounced fire drill.

Everyone was in a panic, he said. None of his classmates left the room.

“All of us were paralyzed by the fear that it might be our last day alive,” O’Neill said.

They knew, just 24 hours earlier, how the Parkland shooter lured students into the hallway with a fire alarm. The threat of a school shooting became tangible for him that day.

Four years later, that reality persists. About 300 people marched from Bo Diddley Plaza to Depot Park Saturday for the March for Our Lives protest in response to the May 24 Robb Elementary School mass shooting in Uvalde, Texas. The march, advocating against nationwide gun violence, followed last weekend’s We Wear Orange campaign and a southwest Archer shooting that killed a 16-year-old girl Tuesday.

“Protect our kids, not guns” could be heard filtering down South Main Street as attendees raised their signs high.

Gainesville’s tight-knit community of progressive organizations made it easy to find people who wanted to get involved in the rally, Wolfrey said.

“Hopefully it was informational, but also impactful because it's the only way that we're going to be able to continue to make change,” Wolfrey said.

O’Neill, a Gainesville High School senior, attempted to conduct his own march before he heard about the March for Our Lives’ event. When organizers like Wolfrey heard about his permit request, they invited him to help plan the march routes and speak at the rally.

“It’s horrible to go to school with the lingering thought that it may be your last day on Earth,” O’Neill said. “This is how gun violence has shaped my generation.”

Maigan Brusko, a Gainesville mother of four, walked among the crowd of residents, professors and students.

Brusko, 38, said her last three years in high school were tinted by the 1999 Columbine shooting. It’s difficult to watch her children grow in a world where mass death has become normal, she said.

Brusko’s children attend local elementary schools where lockdown procedures are inconsistent, she said. Some schools told them to hide from bad guys, and others soften the reality by framing drills as a mission to hide from a bear. Brusko said, as her kids talk among themselves, their fears only grow — they have nightmares of bad guys and bears entering their schools.

It is not the children’s responsibility to defend themselves during these drills — adults must make it safer for them, Brusko said, and gun control is the first step.

“You don’t hand everyone a match when there are fire problems,” she said, comparing gun violence in America to a raging flame. “You take away the matches.”

She toted a sign Saturday reading, “Data doesn’t lie. Politicians do. Guns are the problem!”

“White mass shooters get the benefit of the doubt,” Jackson said. “How is it that the data is clear about who we should be afraid of but we are not? Racism.”

As a Black woman, Jackson said she was disheartened she was outnumbered at the rally and believes there needs to be more courageous conversations with the Black community. It is imperative all of the voices of the community are highlighted, she said.

“We’re all being forced to grieve the deaths of loved ones and strangers for no justifiable reason,” she said. “Our bodies are not designed to deal with so much grief.”

Namari Lock is a third-year journalism student, multimedia editor and production staff member for The Alligator. She has previously worked as the opinions editor, graphic designer and as a general assignment reporter for the Metro desk. When she’s not working, she is probably sleeping or binging true crime documentaries. 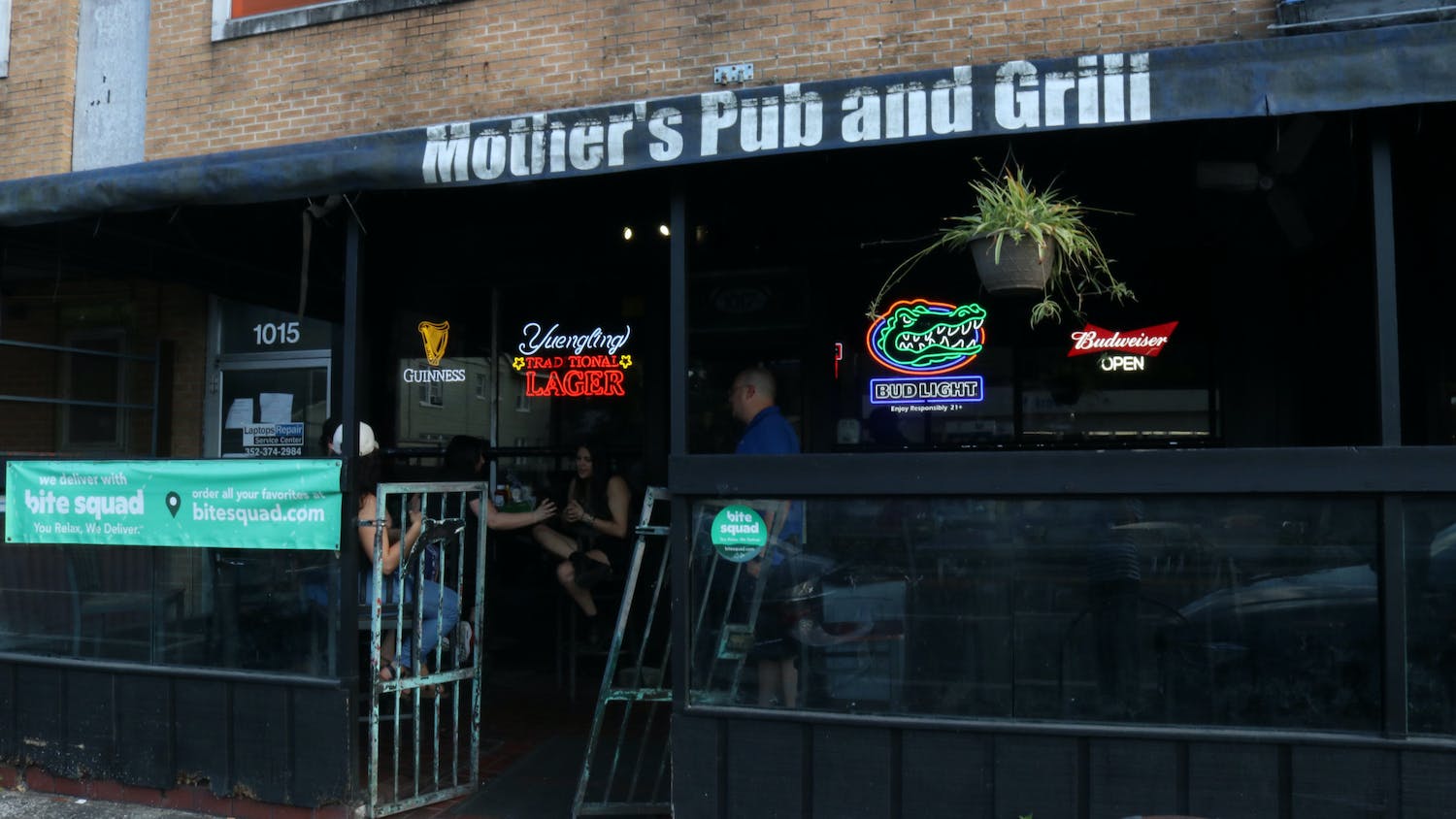