Senate President exonerated of all abuse of power charges

The UF Student Government Rules and Ethics committee, which is composed entirely of Gator Party senators, said there was not enough evidence to indict Hartzog over her cancellation of the May 17 Senate meeting. It was allegedly canceled to prevent senators attending a trip to Israel from facing unexcused absences, according to a petition written by Senator Jonathan C. Stephens on behalf of Change Party.

In a live streamed hearing lasting just over 35 minutes Thursday, both Stephens and Hartzog were given 12 minutes for opening and closing statements and testimony.

Stephens said Hartzog overstepped her jurisdiction by canceling the meeting to help senators avoid unexcused absences. He said the Rules and Ethics committee, which approves or denies absence requests, simply appealed to Hartzog’s authority to cancel the meeting rather than considering whether the cancellation was justified.

In two 2019 opinion articles, former UF senator Zachariah Chou wrote about an emerging annual pattern of SG officials going on trips to Israel that coincided with a canceled Senate meeting.

Brinkman would have been forced from his Senate seat due to absences if not for the canceled meeting. Two unexcused absences or three total absences per semester prompts automatic removal from the seat in Summer.

Senator Mason Solomon, who also serves as vice-chair of the Judiciary Committee with Brinkman, said Hartzog’s timeline showed there was no ill intention in canceling the meeting.

Hartzog said she registered for the Israel trip in February. She was elected to her current position in March.

Senator Lilliana Clark said there was no evidence of collusion because the trip was voluntary. The Senate President affirmed her seat on the trip was not contingent on her election.

“I think President Hartzog exercised some common sense, some understanding of the value of our time, and realized that it wasn’t plausible to make everyone come when we most likely would not have met 51 at the meeting,” Senator Ryan Marcus said.

If quorum, or the condition of 51 or more present senators, is not met at a Senate meeting, the meeting cannot be held.

Hartzog said she and Senate President Pro-Tempore Olivia Green told Minority Party Leader Faith Corbett they decided to cancel the May 17 meeting because they anticipated a lack of quorum.

Corbett, who does not have power to object to Senate being canceled, said Hartzog emphasized the importance of all 11 Change members’ presence to meet quorum May 10. If quorum was not met, Senate would have been forced to hold a meeting on May 17 without Hartzog, Green and other Gator Party leadership who were in Israel.

Hartzog said Corbett did not voice concerns until May 18, but Corbett said evidence was presented out of context. She did not agree with the investigation’s conclusion.

“It’s not that these decisions were ran by me, it’s that they were told to me,” Corbett said.

Corbett did not comment on her next steps regarding the investigation’s conclusion.

Namari Lock contributed to this story. 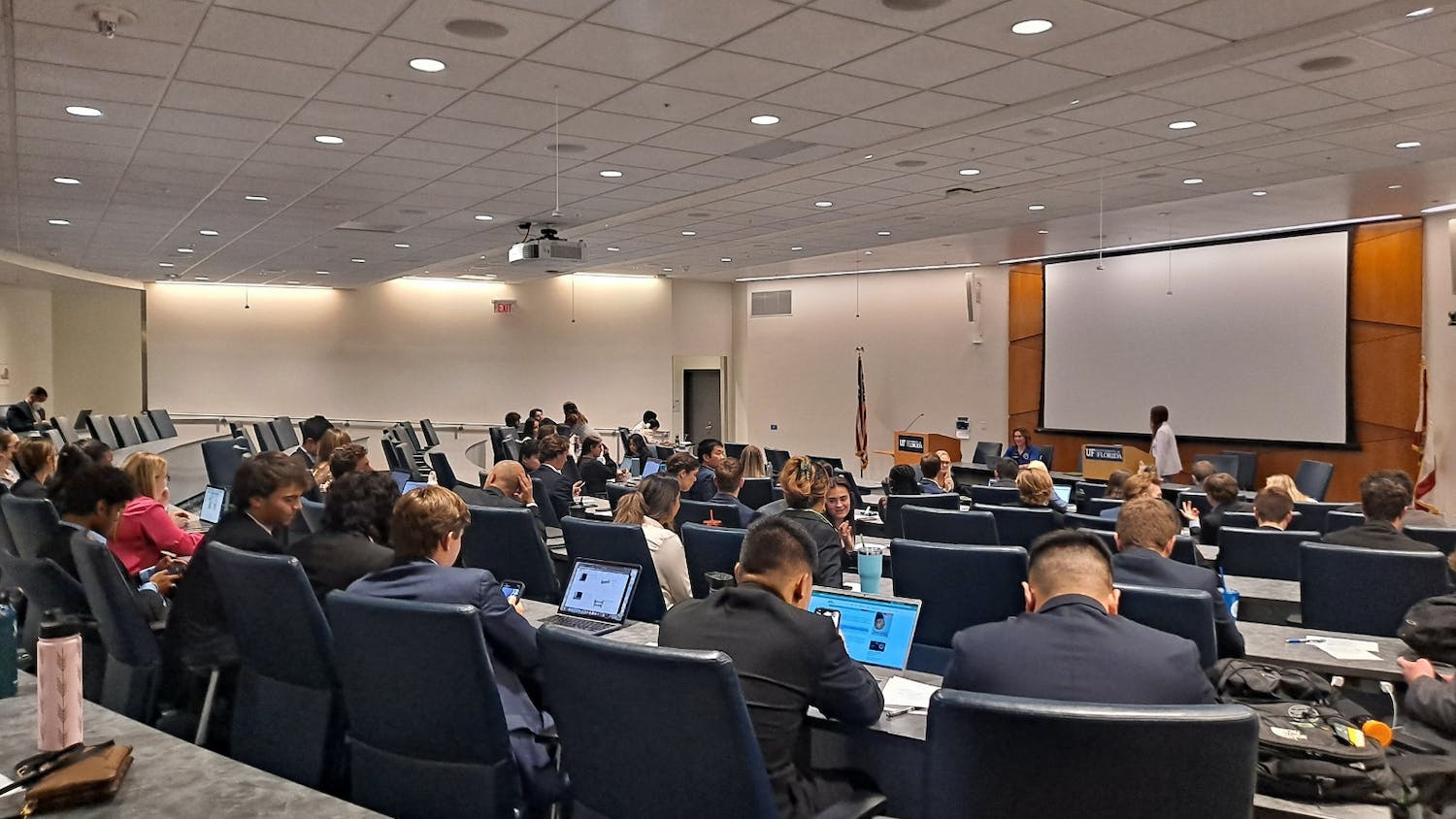