Three days after the man who was mauled by a Gainesville Police Department K-9 was released from jail, the new police chief suspended the dog involved in the incident.

A judge released Terrell Bradley, the 30-year-old Gainesville resident who lost an eye to the K-9 attack, from the Alachua County jail on bail Tuesday. Lonnie Scott, GPD’s acting police chief who is slated to officially assume the police chief position Monday, extended the initial review process conducted by the department’s Internal Affairs Division and promised a thorough review of the incident Friday.

The review process could take up to 90 days to wrap up, he said, and the department will not be able to share additional information until the investigation is over.

Police pulled Bradley over for an alleged traffic violation July 10; he did not stop at a stop sign at Sweetwater Square Apartments at 3501 NE 15th St., according to court documents, and fled after a physical encounter with the officer who pulled him over.

Bradley was convicted of robbery in 2010, according to court records, and faces charges for weapon and ammo possession as a convicted felon, marijuana possession, violent resistance to arrest, theft of a firearm and carrying an unlicensed firearm.

According to a sworn complaint affidavit, Andrew Milman, the officer who initiated the traffic stop, asked Bradley to leave the car after he moved his hand toward the front seat. Milman found a gun, ammunition and marijuana in Bradley’s car after Bradley struck him with his elbow and escaped, according to the affidavit.

A K-9 officer, identified as “K-9 Ofc. Meurer” in the affidavit, responded to the incident. Police have not identified the dog, but a press release acknowledged a K-9 tracked Bradley in Eden Park bushes about half a mile from the traffic stop at Sweetwater Square Apartments.

Milman’s narration in the affidavit contains only one sentence about the circumstances of the apprehension.

“After a short struggle the DEF was placed in to custody,” the report read.

Yolanda Means, the attorney who represented Bradley in court, said the sworn complaint’s omission of Bradley’s injuries was considered when Green made his decision to release Bradley.

Per the conditions of his release, he must cover the costs of the electronic monitoring with GPS, not consume alcohol or illegal drugs and not possess any weapons or firearms.

Nationally, K-9 bites are not an unusual occurrence. An investigation by the Marshall Project found 150 incidents across the country from 2010-2020.

Residents originally protested the incident July 17 and continued their fight for justice with a people’s investigation after Bradley was released.

Bradley’s father, 60-year old former GPD officer Victor Bradley, said his son’s return home would allow him to heal properly both physically and mentally, noting the trauma of his apprehension by GPD.

About 20 residents rallied at Sweetwater Square Apartments Saturday, to learn more about what happened. Attendees walked to Eden Park at Ironwood at 1330 NE 39th Ave., where Bradley allegedly hid from police before the K-9 mutilated his eye.

The event's goal was to break down step-by-step what happened using the information available to the public, Danielle Chanzes, the 29-year-old organizer, said. She encouraged residents to keep showing up to protests and events to hold GPD accountable as it conducts the investigation.

“Seeing is believing,” she said.

While Chanzes wants a thorough investigation, she said the it could be shortened with the release of the body and dash camera footage.

The walk consisted of six stops. It started where the alleged traffic violation occurred — where residents noted there was no stop sign — and continued through the half-mile stretch to Eden Park apartment complex — where Bradley fled and hid from the cops.

Chanzes led attendees to where Bradley hid in the bushes. Dried blood still stained the side of the wall; people noted how thin the bush was and questioned how it took cops an hour to find Bradley.

She hoped the mobile teach-in shed light on the incident, she said.

“When you look at the bushes and how thin they were,” Chanzes said. “It drums up a lot more emotion because now you’re actually physically seeing it.” 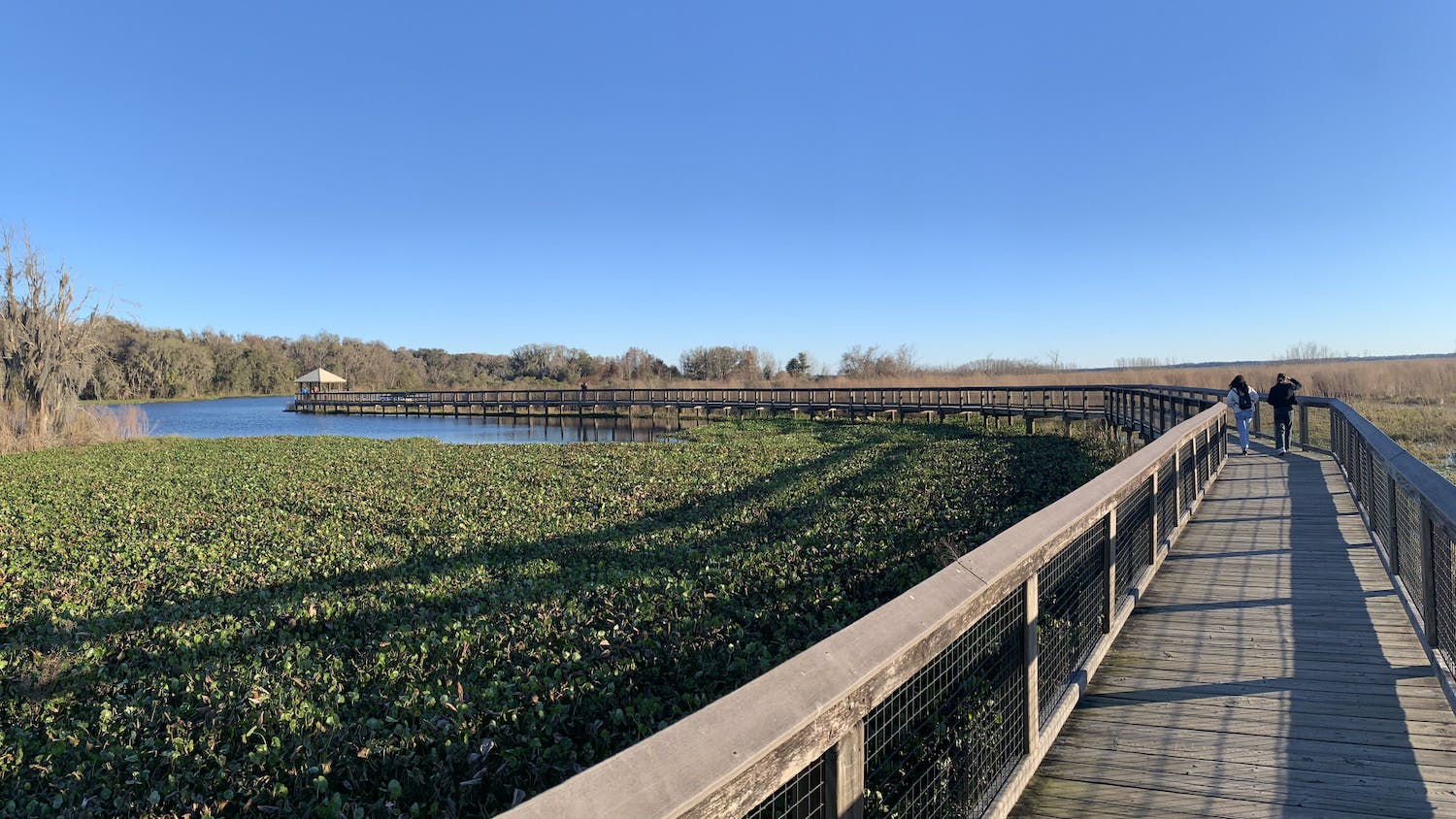 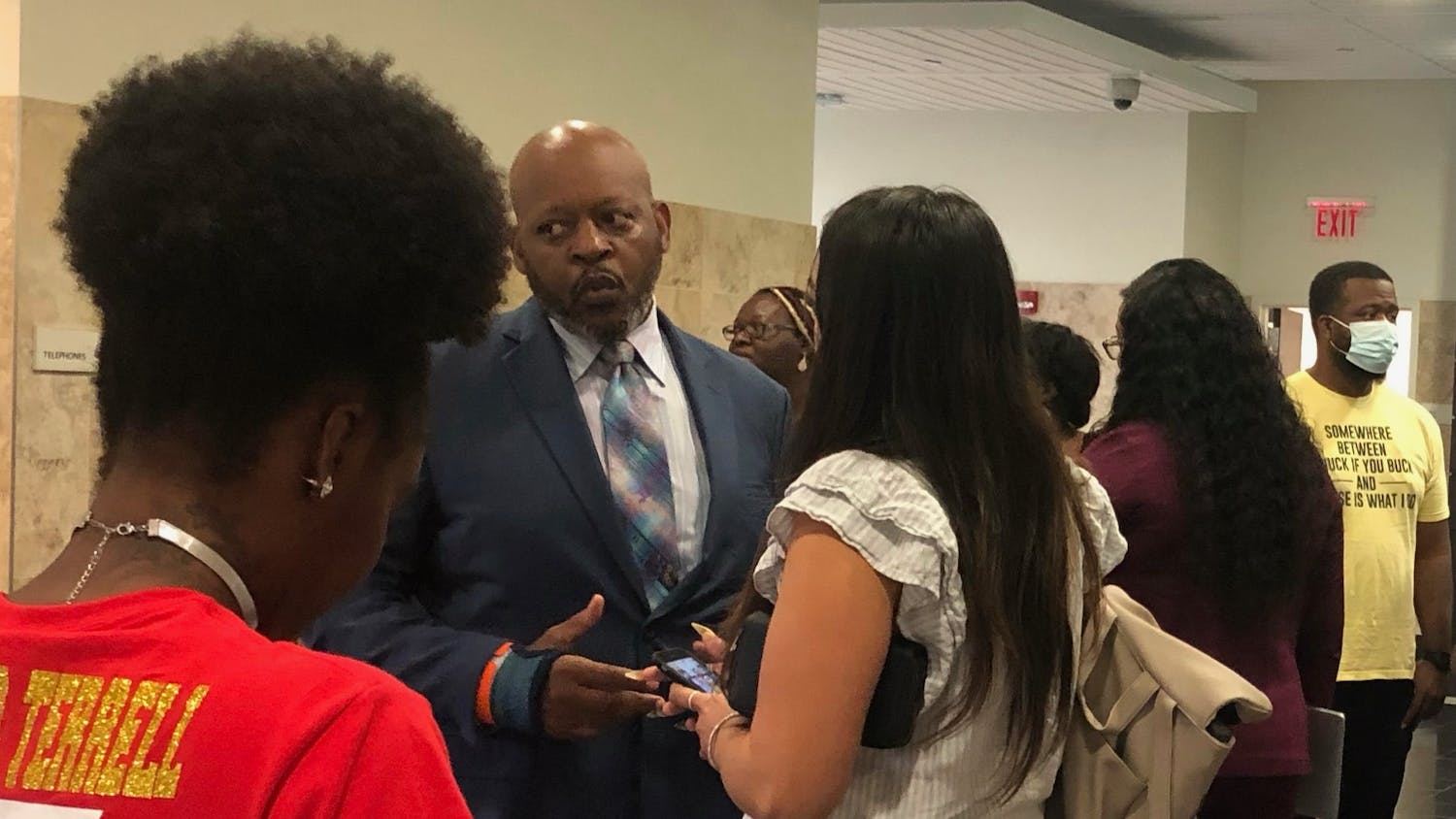 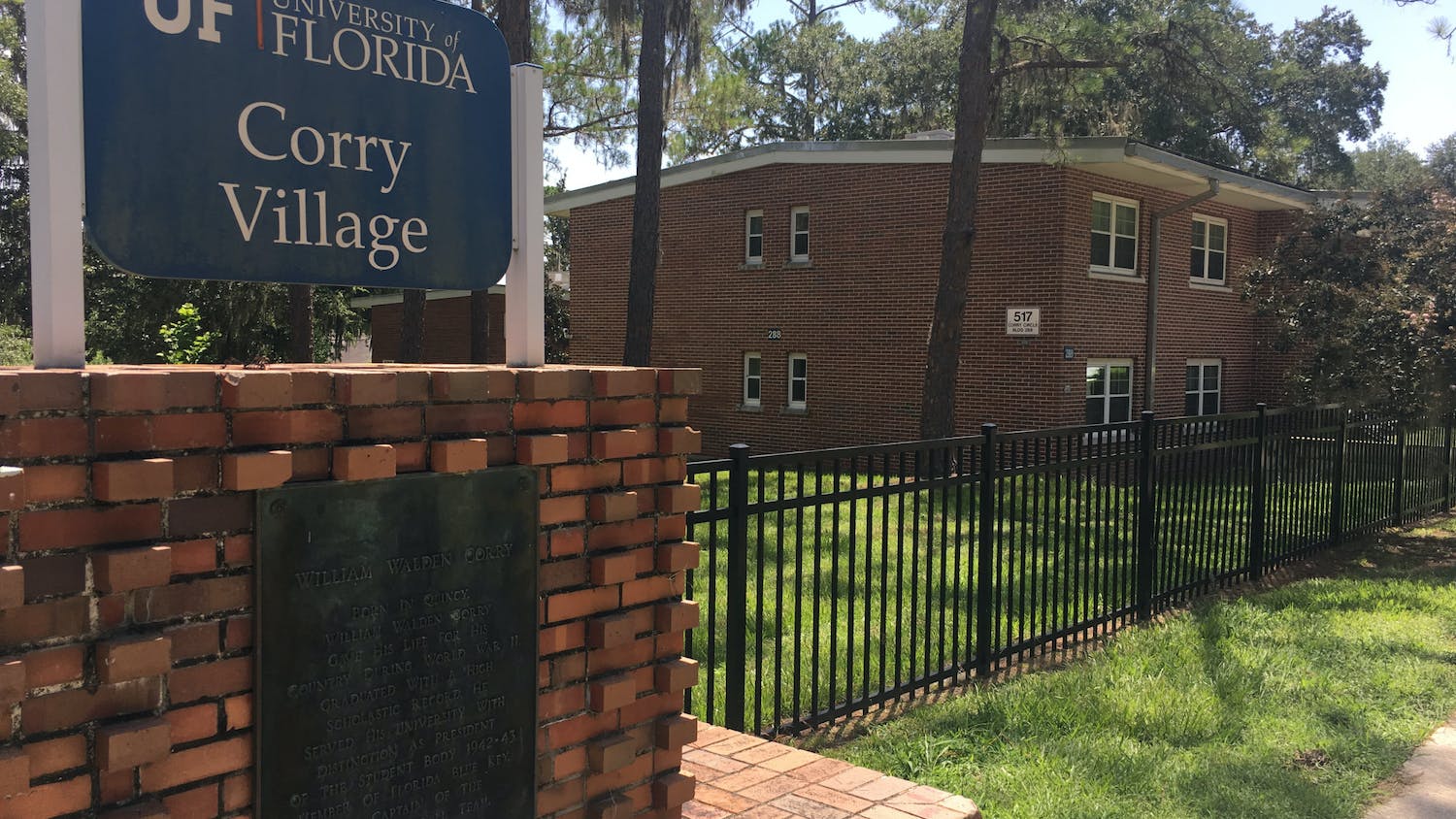