Soaring horns and dynamic rhythms made fans dance under cloudy skies at the Heartwood Soundstage. While others sat in lawn chairs, some concertgoers gathered near the stage. Savants of Soul frontman Justin McKenzie fed off their energy to deliver an energetic vocal performance when the group took the stage on Friday.

The nine-piece soul band kicked off their summer tour July 8 at the outdoor stage among dozens of fans. Their first time hitting the road since before the COVID-19 pandemic, the tour will cover six Florida cities throughout July.

The band has existed under different lineups and varying sounds since 2011, but it morphed into its current form in 2020 with the release of its self-titled album.

While their recording process is as intricate as their sound, the live show is where they let all the elements shine the best. Dressed in coordinated outfits, the nine members bring all their energy and vibrance to the stage.

“Everyone should just come to our shows so I don't ever have to record another album,” McKenzie said.

One of the dates on their tour will be a block party in Gainesville’s downtown, where they will invite a group of musicians including the Late Night Losers, Shine and the Shakers, Madwoman, Dionysus and others to jam in the street outside The Bull. There will also be food vendors, including local favorite Germain’s.

The July 22 event will raise funds for UpbeatGNV, a non-profit that helps musicians connect with mental health services. Band member John Gray Shermyen co-founded the organization during the COVID-19 pandemic as a way to try to tackle the “accepted secret” of musicians’ struggle with mental health concerns.

The group hopes to release their next album — which they still have to finish recording — sometime next year. Until then, they will play their new, old, and unreleased songs to anyone listening.

While their sound is big, anthemic and crowded, instrumentalists and songwriters Shermyen and Zack Emerson said a major part of the recording process consists of simplifying each player’s part to create a smoother sound that lets each element shine.

“Recording is a big mirror that you don't have any choice but to get right up close and look at,” Emerson said. “So you see all your flaws and mistakes and where you need to grow.”

In a democratized music landscape, as Shermyen describes it, nearly anyone can create a record with minimal equipment needed. This freedom allows for creativity, he said, but too much of it hinders it.

“Because you have so many options, it can be a little bit overwhelming to think that way,” Shermyen said. “Sometimes it is nice to be like ‘No, I'm going to make myself work under these more difficult conditions.’”

The Savants have since taken a tape-only approach to music recording. The analog technology takes the sound signals from a microphone and converts them to magnetic energy that is then stored on a plastic film tape. This means that the editing process is reduced to a minimum as it would require physically cutting and rearranging the tapes. Every take has to work for the recording to sound good.

“It forces a little bit of perfect imperfection,” Shermyen said.

For a nine-piece group, getting the right take takes practice and coordination. The group rehearsed for months leading up to their album recording session at the legendary FAME recording studio in Muscle Shoals, Alabama, where Aretha Franklin, Etta James, and Wilson Pickett, among other soul legends, recorded some of their hits.

For them, the recording sessions held some form of irony — as they recorded in a space where music history had been made for so many decades, tour groups visited the place with its gold-records-covered walls while they tried to use broken coffee machines and tiny bathroom stalls in between takes. Outside of the legendary studio, a CVS parking lot welcomes visitors.

Since then, the group has recorded mostly at Gainesville’s Pulp Arts studio, which they credit for helping them develop their sound. Pulp Arts is the only place in town where they have been able to keep their tape-recording habit.

The Savants of Soul aren’t trying to replicate the sounds from the era from which they draw inspiration. Instead, they use the musical vocabulary of those influences to communicate currently relevant messages.

Their latest single, “Spot At The Top,” narrates the point of view of a person experiencing what Shermyen describes as “temporarily embarrassed millionaire syndrome,” or someone who votes against their best interests hoping that one day they will be rich and benefit from the system that hinders them where they are now.

The song is narrated from a third-person point of view, with the singer describing how a character feels. This was a change that occurred during the recording process, McKenzie says. The original demo had him singing as the character, which he describes as a right-wing lunatic.

Along with some politics-inspired songs, the lyrics in the Savants’ music deal with mostly universal human topics, like heartbreak, love and other emotions.

Their composition process is based on collaboration. Nearly everybody writes songs, and members usually contribute arrangements to their parts. 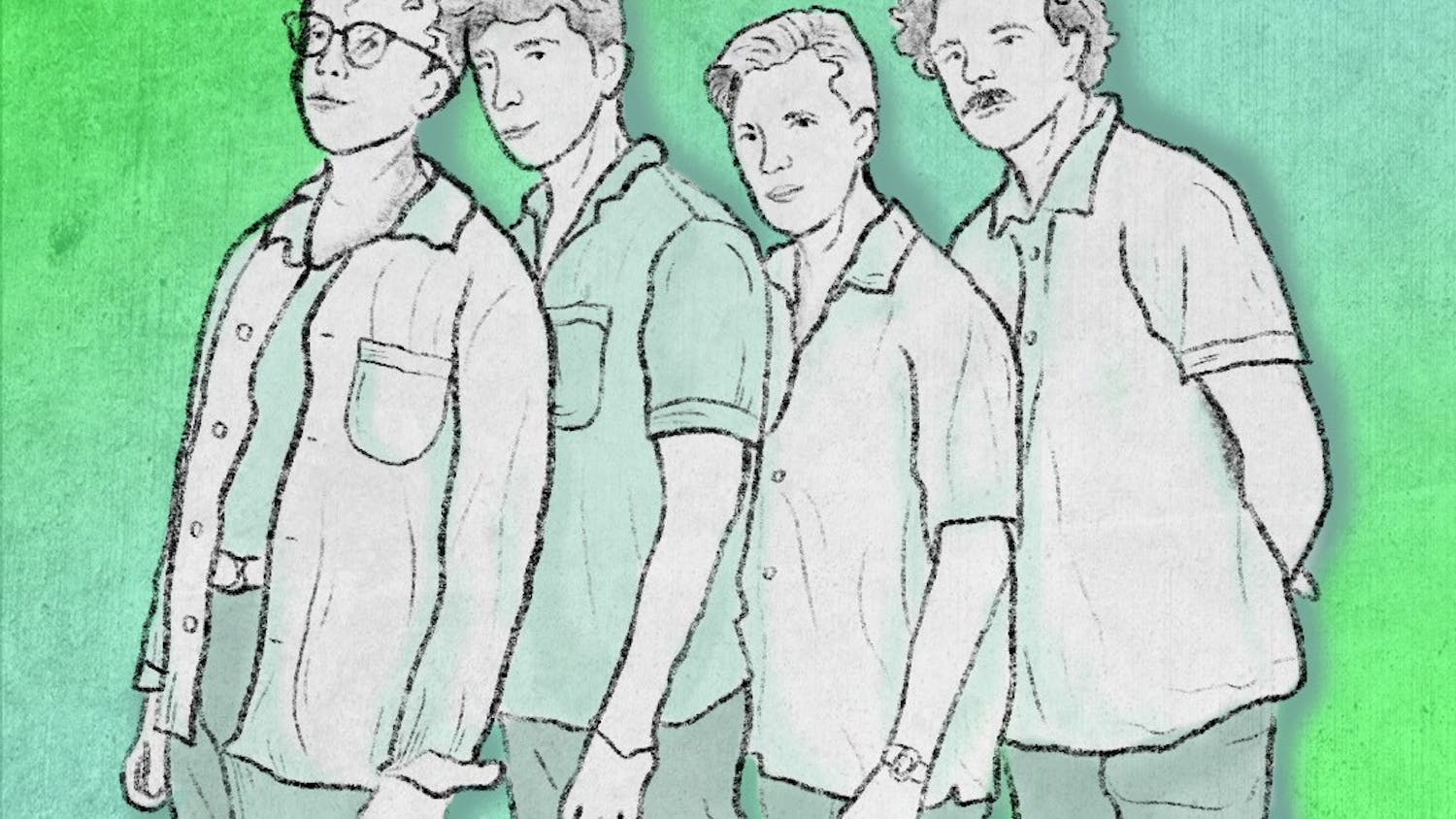