The 14-track album walks the line between youth and adulthood

“Orbit” is the final song of the 14-track album, born from the minds of Florida-grown band members Devon Vonbalson, Dillon Basse, Madeline Jarman, Tristan Duncan and Mitch Fountain. After much anticipation and a collection of five EPs, “Shadowglow” joined the band’s discography Aug. 19.

Whereas “Orbit” lyrically creates an outer-worldly atmosphere, “The Fall” — the album’s opening track — sets listeners in a finite reality. Stuck in a recurring loop, the album encompasses a mix of the highs and lows of growing up; the band’s website calls it “a snapshot of a band caught halfway between youthful optimism and adult precision.”

Duncan, flipturn’s lead guitarist, said the idea of self-actualization and learning to understand oneself were two major inspirations in producing the album.

“We're all kind of in our middle 20s,” he said. “So, we're trying to figure out what it means to be a person and an adult on the tail of growing up from being teenagers and kids.”

“Shadowglow,” another track, first came to be in an Arizona cabin, where the group took time in 2020 to focus on their music and bonding. Equipped with a big window sporting a view of cacti and mountains, the environment was “helpful with the mental separation,” said Jarman, the band’s bassist.

Fans were notified of the album’s upcoming release in June, enjoying singles like “Whales” and “Brooklyn Baby” in the meantime. “Playground” also dropped as a single, accompanying a music video with band members biking and fooling around at a laundromat that amassed over 124,000 views.

“We drew from a lot of ’80s references, like those movies where the kids are very carefree,” Jarman said. “[There’s the] ‘E.T.’ reference with the bike and the flying at the end, but also it plays hand in hand with this kind of dreaminess, naiveness.”

The song gave way to flipturn’s own Playground Music and Arts Festival. On Aug. 27, the band will headline alongside others like Cannibal Kids, The Forum and Rohna at Heartwood Soundstage.

The festival arose after discussing where flipturn would play in Gainesville, a city the band considers influential in their formation. Flipturn consists of all Florida natives — it’s where they got their start, playing after-school practice sessions in Fernandina Beach.

“When we started the band, we were essentially freshmen in college, so we were juggling a lot in life,” Jarman said. “We could only work in bursts at a time in the recording process. It's very expensive to record, so we've been saving for years to be able to put out a full length record and to record it how we wanted to.”

Amanda Hollohan, a 19-year-old UF computer engineering sophomore, had a remote listening party with her friend when the album dropped. She even called her little sister out of excitement, despite her being in class.

“This is where their story began,” Hollohan said. “It almost makes me feel like my story is beginning here, too.”

As their “Shadowglow” North American tour looms near, both Jarman and Duncan said they’ve been reflecting on the logistics of playing the album in nearly 40 cities.

“We're trying to find ways to apply [the songs] to a live setting,” Duncan said.

In particular, he said he’s excited to revisit “In Consideration,” a song that flipturn played in Gainesville two years ago when it was first written. Jarman said she’s nervous, but eager to perform “Take Care,” where she will play guitar live for the first time.

Until then, the band hopes “Shadowglow” resonates with its growing fanbase.

“Even though we're younger, we still have very real emotions and things that happen in our lives, and so I hope our music can be there for people,” Jarman said.“Ups and downs are normal. It’s not just black and white.” 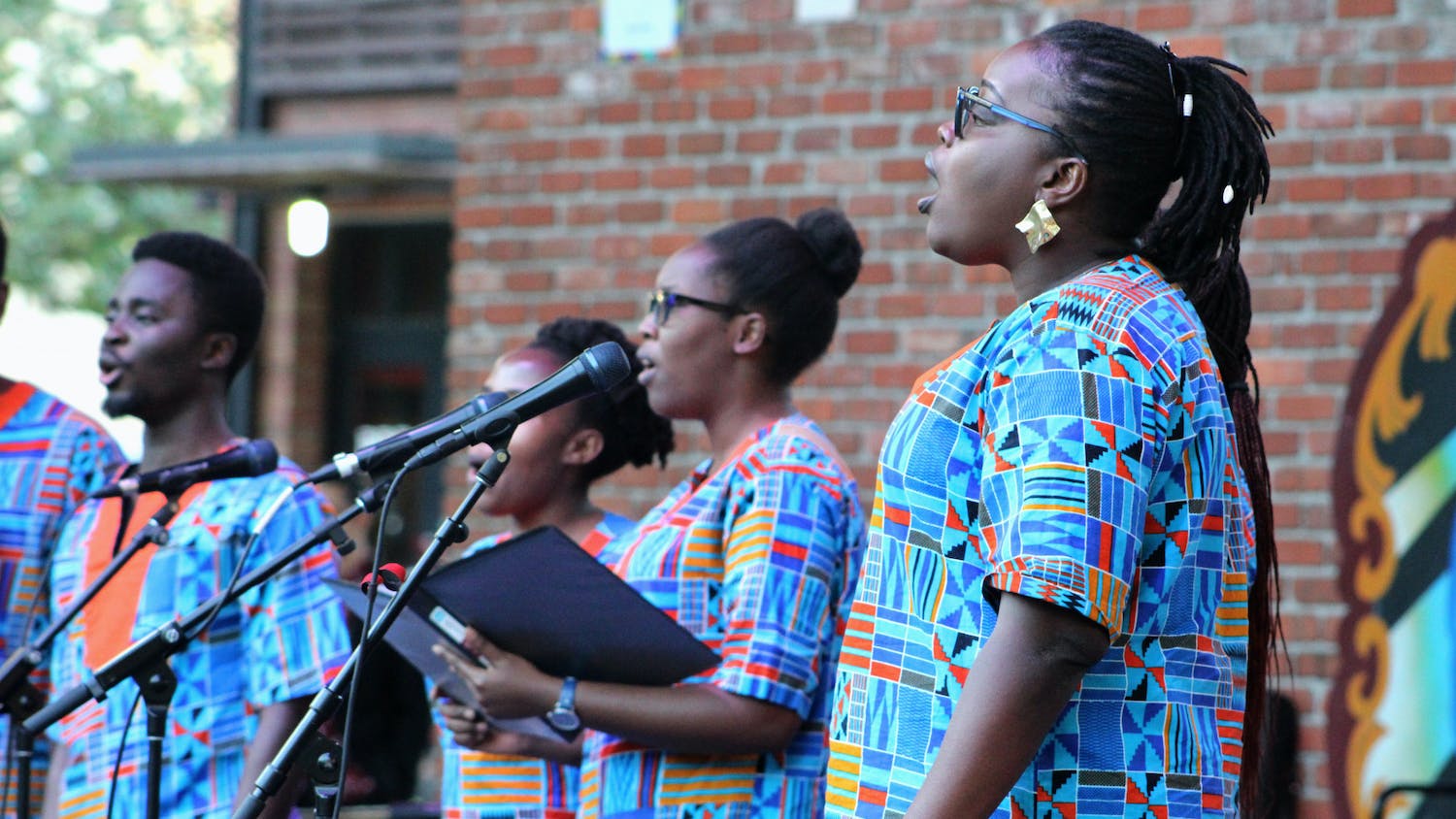