With the masses to their feet inside the Stephen C. O’Connell Center, junior outside hitter Sofia Victoria and sophomore middle blocker Bre Kelley rose above the netting to block the attack of North Florida outside hitter Mahalia White.

The electric play sealed the Gators first win of the 2022 season.

The first set started close, with Florida taking advantage of UNF’s mistakes. The Gators used two attacking and one service error to tie the match 3-3 early on.

After a kill by North Florida outside hitter Mahalia White gave the Ospreys a 11-7 lead, UF head coach Mary Wise called her first timeout of season, attempting to find an answer for the Ospreys offensive spree.

Despite coming back immediately with a kill by sophomore middle blocker Gabrielle Essix out of the timeout, the Gators failed to rally back. A service error from junior setter Birdie Hendrickson sealed the first set for UNF, 25-20.

UF freshman libero Emily Canaan started the second set similarly to the end of set one, giving the Ospreys a point via service error.

After what seemed to be another dominant set start for North Florida —leading 5-2 — Florida began to climb back to gain its first lead of the evening viar a service ace by senior outside hitter Marina Markova.

However, North Florida went on to claim five straight points, including two attack errors by sophomore outside hitter Merritt Beason.

In a déjà vu moment, Wise called timeout with the Ospreys leading 11-7 in the second set.

The Gators needed a spark, and got one from an explosive spike by Beason. As she yelled, animated for all of the O’Dome to see, Florida started to move with momentum.

UF came from behind to tie the set 19 a piece after another kill by Beason, starting a back and forth affair between the two teams down the stretch.An attack error by White resulted in an electric reaction from the O’Dome crowd as the Gator took set two, 25-23.

“We live for this,” Kelley said about the discussion between the set two comeback. “We live for this every day, and we wanna be here so go play like the Florida Gators. That we know.”

Tied a set each, the third set consisted of the two Floridian teams trading points with each other early. Led by a kill from Beason, who finished the night with12, Florida started to edge away from North Florida with six straight points to lead 11-5.

Cruising through the set, Florida extended its lead to win the third, 25-15.

Looking to close the match out, UF’s offense moved with rapid attacks. The first being a quick kill over the net by Markova.Keeping the pace at full throttle, the crowd was in a frenzy as the Gators jumped out to a 7-1 lead in the set. As consecutive hits converted into more Florida kills, the set ended 25-13, ensuring Florida its first victory of the season.

The Gators will be back on their home court Saturday for a doubleheader. The first match against East Tennessee State will begin at noon, and the second against Virginia at 7:30 p.m. 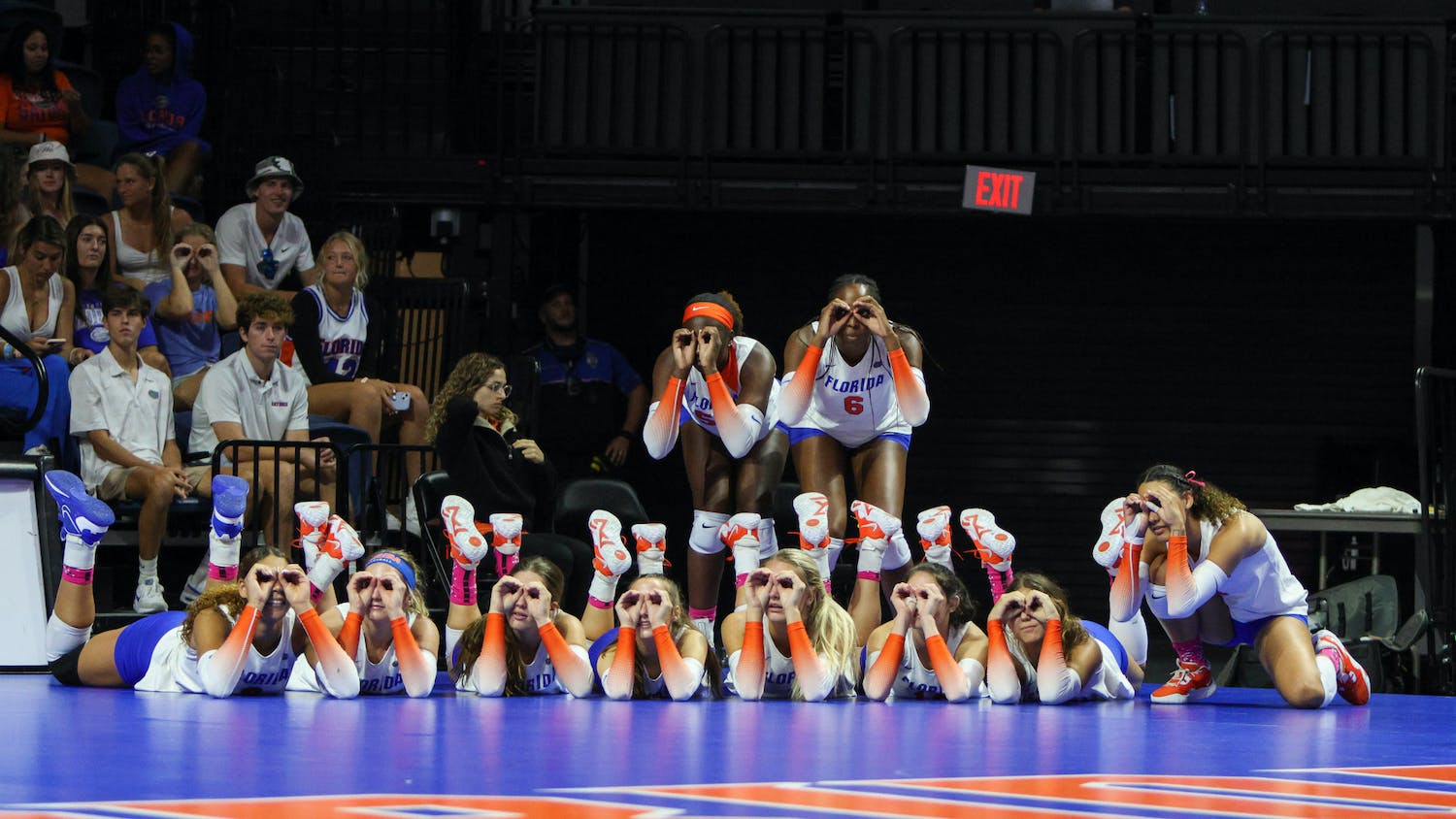 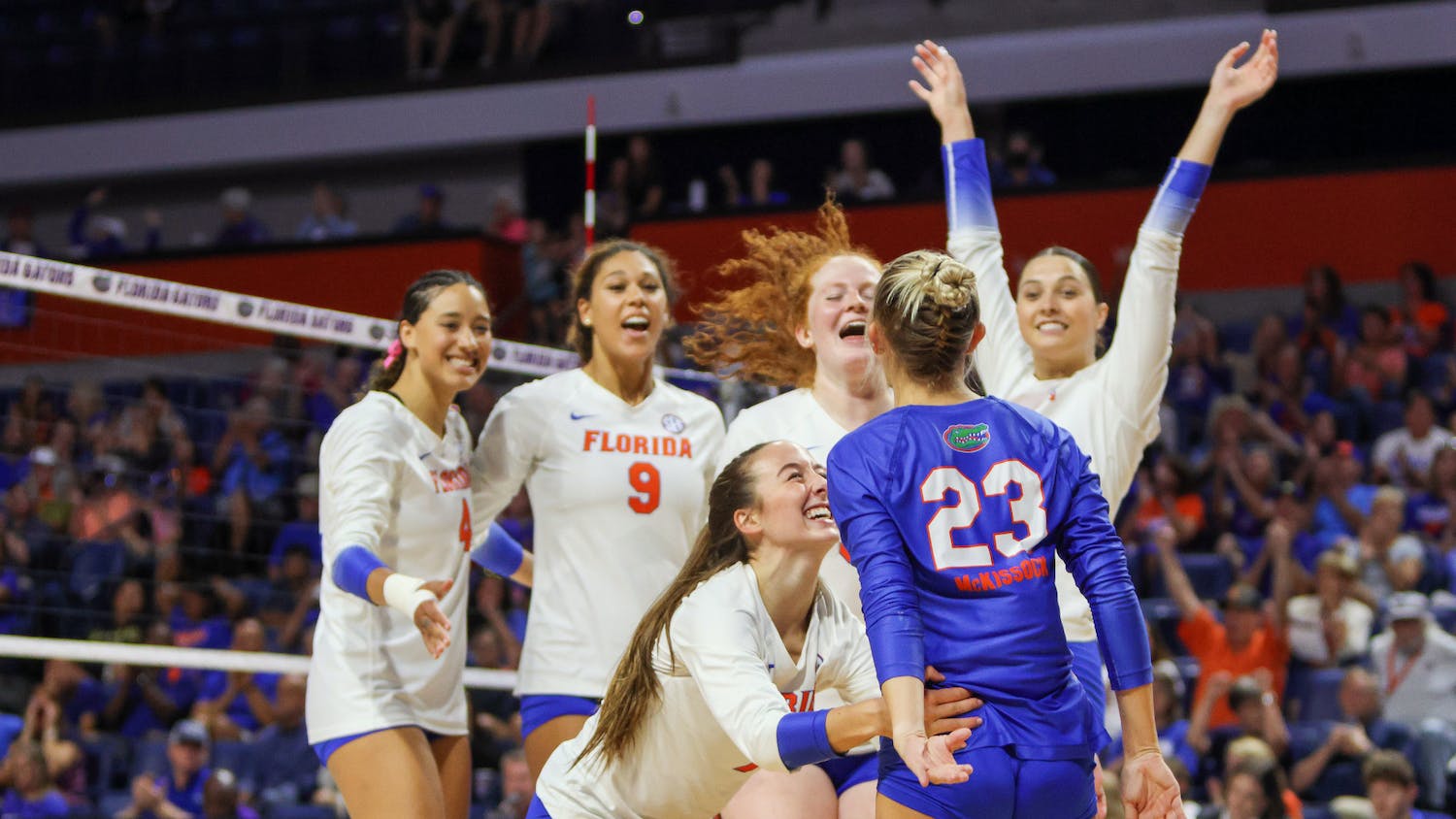 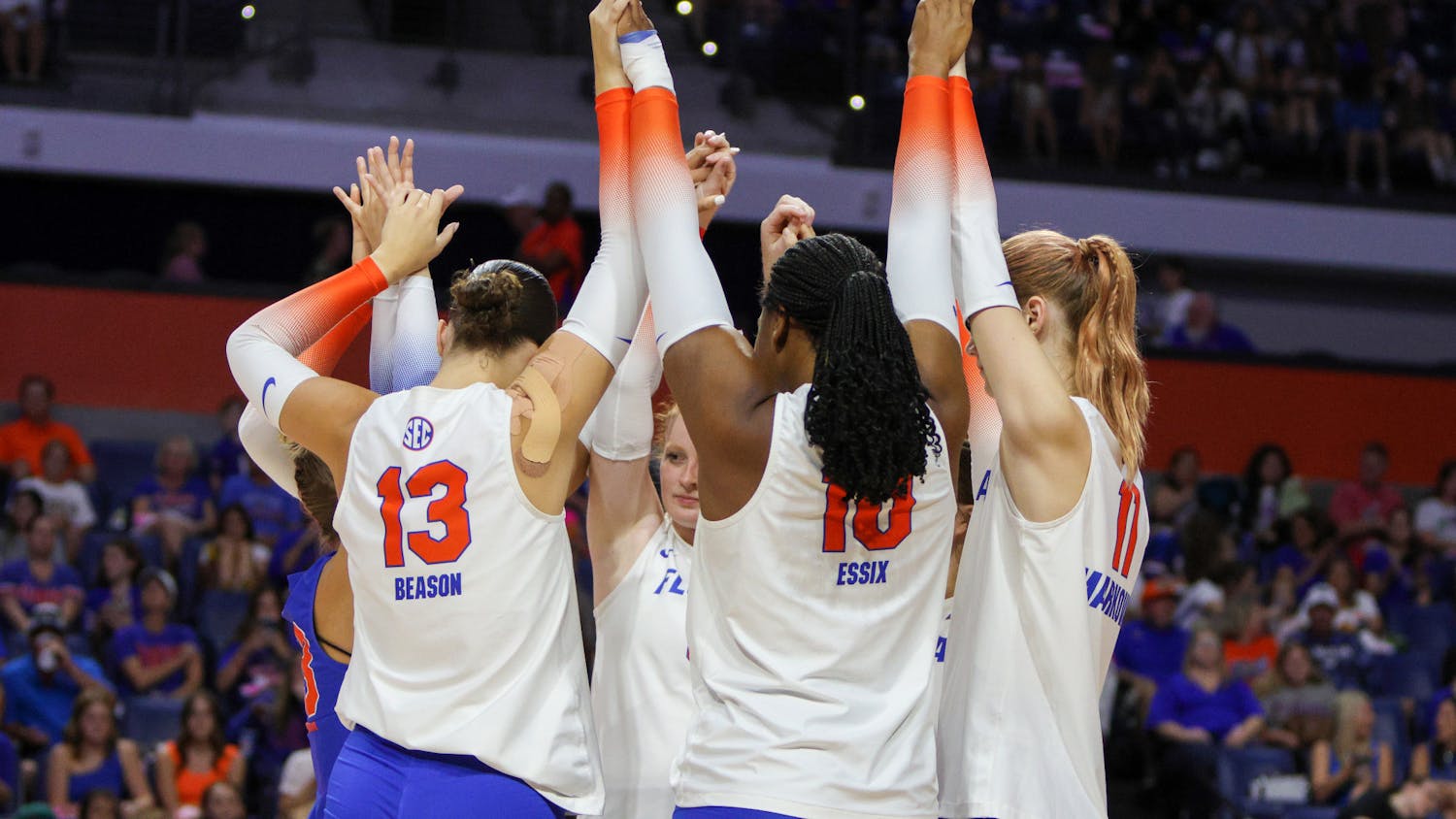