It was always Anthony Richardson.

Maybe you knew from the start.

You watched him play at Eastside High School and vowed he’d be special the moment he penned his signature on his letter of intent. Maybe it was after his dazzling performance against South Florida last season. The promise he showed with both his arms and legs was enough to convince you, regardless of competition level or his experience.

However they got there, every Florida Gators fan in the record crowd of 90,799 Saturday had high expectations for Richardson in UF’s season opener against the No. 7 Utah Utes. To just say he delivered would almost be disrespectful.

Richardson had a career night.

The redshirt sophomore totaled 274 yards through the air and ground and recorded a career high of three rushing touchdowns. Every play was a highlight waiting to happen, which is quickly becoming Richardson’s M.O.

Even when the young signal caller made mistakes, he produced positive results for the Gators. Saturday's game featured a prime example: On Florida’s two-point conversion attempt with 12:48 to play in the fourth quarter, Richardson pump faked a jump pass, spun around a defender and got the throw off. A wide open Ja’Quavion Fraziars caught the ball without moving an inch.

“He did that exact same thing in practice one day, I’m talking about the exact scenario,” Florida head coach Billy Napier said in a post-game press conference. “I think we’re figuring out here that this guy’s a pretty special player.”

As special as he may be, Richardson cannot win every game for Florida by himself. Utah is a great program, but it’s not a Southeastern Conference program. It’s an annoying — often played out — but important distinction. His questionable decision-making will get him punished at some point. It nearly did in the third quarter when the Utes dropped a possibly momentum-shifting interception.

Richardson doesn’t pretend he’s perfect and admits he has areas where he can improve.

“In past years I always thought I had to be the superhero and make the big play all the time,” Richardson said. “I see that’s not really how the game works. I had a lot of mental errors today, so I know coach Napier will grill me about loafing half the time.”

Florida’s offensive line held strong enough, but was bailed out many times Saturday thanks to Richardson’s ability to avoid pressure. UF’s front seven and secondary took turns carrying the load and making plays, but never looked like a cohesive unit. Had it not been for super senior linebacker Amari Burney’s game-winning interception, Utah could have easily left the Swamp victorious.

The Gators got away with many mistakes, due to the fact they simply outclassed Utah physically. UF may not have such good fortune against uber-athletic SEC powerhouses.

This team is far from its peak and the Utes are even further from the toughest challenge it will face. Regardless, it’ll be tough to make Gators fans flinch if Richardson is taking the snaps.

Florida is back at home against the No. 20 Kentucky Wildcats Saturday at 7 p.m. 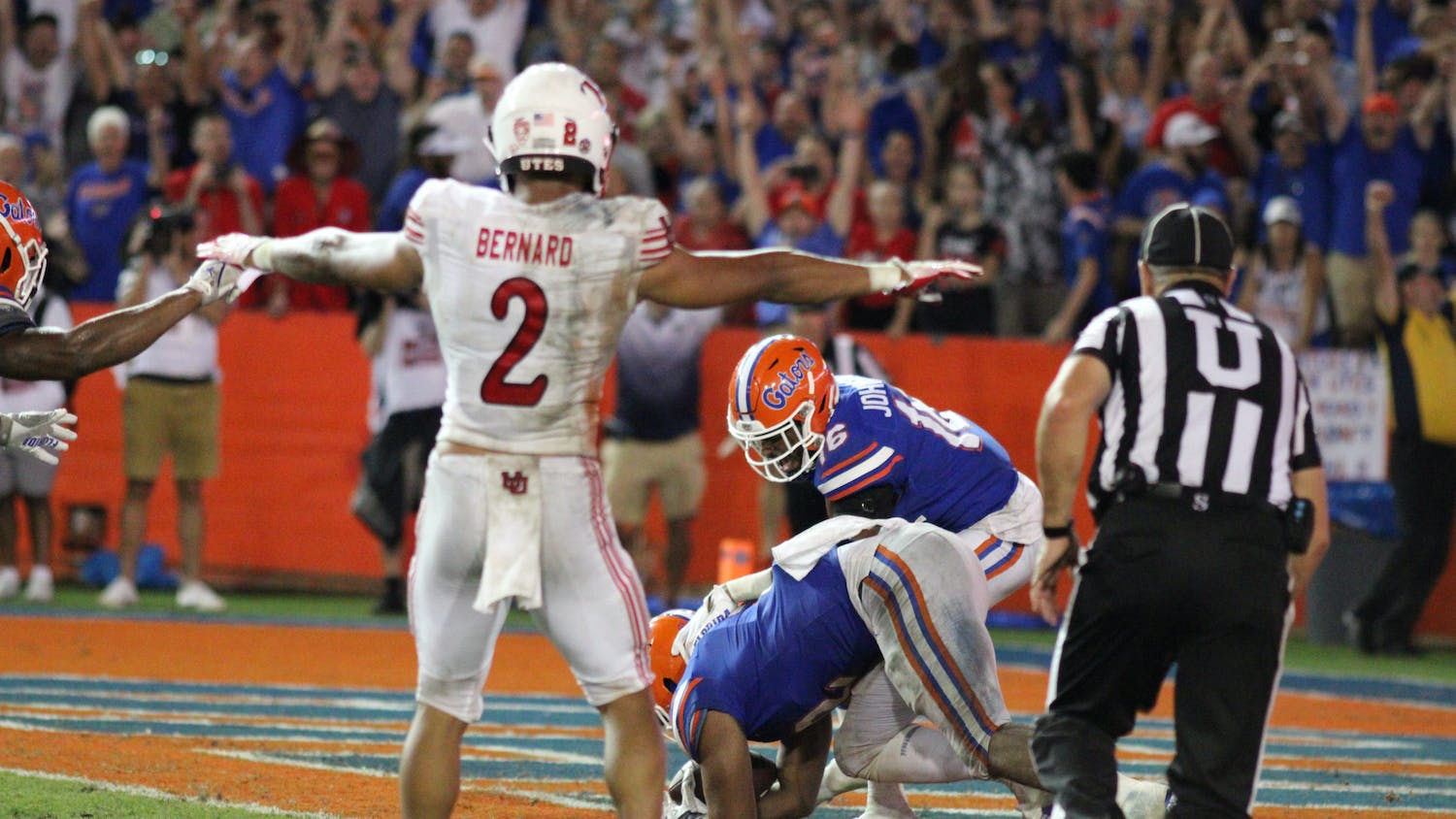