Cryptocurrency giant Ethereum just made the next biggest advancement in cryptocurrency technology, and some members of the UF community are ready for it.

Ethereum hosted a two-part cyber event Saturday expected to dramatically change the ways that the cryptocurrency market works through “The Merge.”

This event merges the Ethereum Mainnet with the Beacon Chain, two previously separate layers of Ethereum’s verification network, according to Ethereum. The new system moved Ethereum from a Proof of Work framework to Proof of Stake, which means miners will no longer create new cryptocurrency in Ethereum’s network.

Experts at Next Advisor and Forbes Advisor predict The Merge will have significant technological and economic effects such as price fluctuation and scalability upgrades for Ethereum, Bitcoin, non-fungible tokens and other cryptocurrencies.

For UF students invested in cryptocurrency, the recent changes within the crypto-ecosystem pose important questions about its future, blockchain technology and its environmental impact.

Unlike standard currency — which is governed by centrally located bank records —- cryptocurrency is digitally operated and tracked using technology called blockchain, according to Forbes Magazine. Blockchain is a virtual checkbook used to track online assets and funds throughout the world.

Cryptocurrency networks create tokens through a series of complex calculations known as data mining. This process relies on a massive, interconnected network, making it nearly impossible for individual users to hack or cheat the system for economic gain.

One downside to mining cryptocurrency that critics point to is the large amounts of carbon dioxide emitted from the highly energy-intensive data mining process. Crypto-assets can have a larger energy consumption than mid-sized countries, according to the European Central Bank.

However, developers at Ethereum claim to have found a solution to the extensive energy problem: The Merge.

Huey Do, a 21-year-old UF computer science senior, said he believes cryptocurrency and e-commerce are ways to establish individual privacy for users or remain anonymous, due to no personal data being required.

Cryptocurrency can have adverse, contemporary impacts such as Ponzi schemes, he added, where people fraudulently promise profits for their investors, or the misuse of finite energy resources.

“Left unchecked, crypto could have detrimental effects on society as a whole and individuals to be specific,” Do said. “So, the government should regulate crypto and treat it as a commodity or good.”

Ethereum and The Merge

Introduced to the cryptomarket in 2015, Ethereum has become the second largest cryptocurrency available, next to Bitcoin.

Unlike Bitcoin, Ethereum’s goal was to give users access to blockchain technology using decentralized applications: apps which are not controlled by a single entity but rather its group of users.  Also known as dApps, these platforms create more efficiency for the user, according to Ethereum.

In the past, the Ethereum network has relied on ether mining, the process of creating cryptocurrency through Proof of Work, a system which relies on “miners” to compute mathematical functions to approve a blockchain sequence. This blockchain, once verified, creates a new block of crypto for the miner, according to Forbes Magazine.

relying on the Proof of Stake algorithm, a consensus mechanism, to verify transactions.

Instead of spending time and energy on calculations to create cryptocurrency, the new PoS network will verify transactions by randomly selecting users to validate them from a pool of all individuals with stake in the system.

The more stake an individual has, the more likely they are to be selected from the pool to validate blocks and therefore acquire more ether. Ether is Ethereum's form of cryptocurrency.

One suggested major advantage PoS has over PoW is that it requires less computing power. It’s estimated to cut previous carbon dioxide emissions by 99.95%, according to Forbes Advisor.

Still, other students, like Matthew Cohen, a 22-year-old UF computer science senior, believe blockchain technology is a waste of energy and resources.

“I personally don't think it has a positive impact,” Cohen said. “I don't think blockchain is the future. I think it is a cool solution to a problem that doesn't exist.”

Even though The Merge is estimated to substantially decrease energy consumption, he argues cryptocurrency and the emerging changes aren’t relevant benefits.

Others like Tao Li, a UF finance professor and a cryptocurrency expert, said The Merge will positively impact the market by acting like a deflation coin.

“It will work to stabilize cryptocurrency inflation,” Li said. “The validators will be paid with fees from the user transactions. They aren’t mining. This gives a price support to Ethereum. Because if the system doesn’t give more support to mining, this will give a price support, even if the demand doesn’t change.”

Ethereum can become congested and slow at times when large amounts of people use it, making fees higher, Li said.

While the new network doesn't solve the congestion, gas fees, or speed, it’s the next step towards achieving those developments, he added. He believes The Merge will open doors for the expansion of cryptocurrency’s future.

The new system requires an entry stake of 32 ether, he said, which currently stands around $60,000.

Some students describe Ethereum and The Merge as being technologically and financially favorable for the future.

Natan Egosi, a 20-year-old UF finance junior and member of the Florida Cryptocurrency and Alternative Assets Club at UF, said blockchain has many applications and cryptocurrency is just the beginning of exploring its true potential.

“I think that crypto is a technology of truth,” Egosi said. “I think we need a little more of that in our world.”

He believes the changes to Ethereum’s network from PoW to PoS will make cryptocurrency accessible to more people, he said.

Egosi also acknowledged this dramatic expansion may be more complicated than it was originally presented.

“It’s like they’re trying to change the engine of a car from gas to electric while it’s still running,” he said.

Regardless of the potential setbacks, he added he is confident in the developers at Ethereum and this change.

“We want people to get a holistic view of crypto,” Egosi said. “You don’t need to be an expert. We encourage all majors to join; it’s relevant to anyone.” 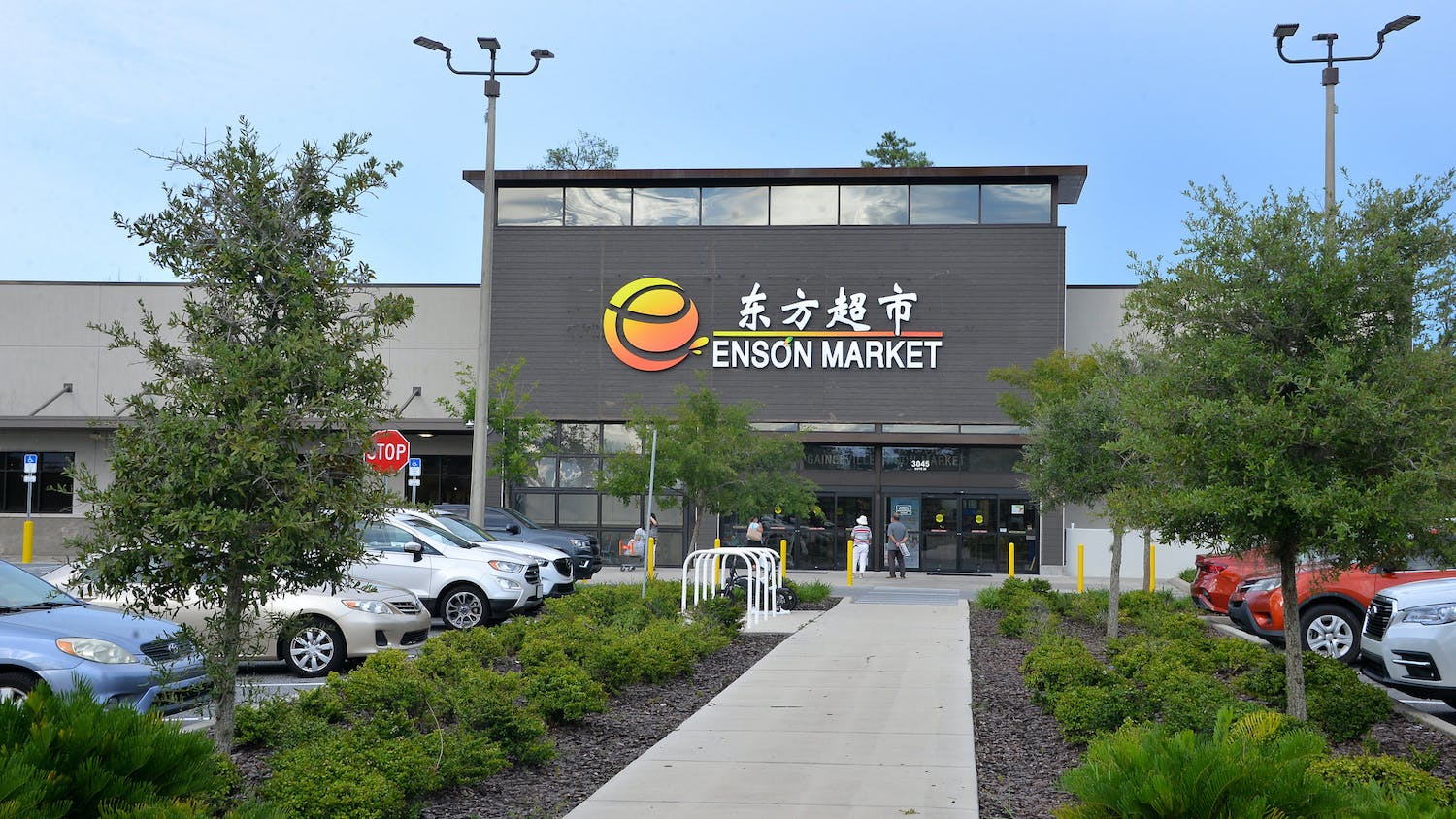 Gainesville Asian markets give customers a ‘taste of home’

Earth Day celebration to clean up the springs