A crowd of 4,920 fans rose to their feet as Gators freshman setter Alexis Stucky spun the ball in her left hand behind the service line. Minnesota needed one more point to claim its third win of the season and first in front of the home crowd.

Stucky’s serve was kept alive on a diving dig from Minnesota libero CC McGraw. Senior outside hitter Marina Markova responded with a powerful spike that was blocked toward the Gators’ front line. Sophomore outside hitter Merritt Beason’s return was fired back by Minnesota outside hitter Taylor Landfair to hand Minnesota the victory in four sets.

In the first set, the Golden Gophers took a 7-2 lead on a 5-0 run with kills from Julia Hansen and Carter Booth. Florida responded with a five-point streak of its own thanks to double team blocks from Stucky and sophomore middle blocker Bre Kelley.

The Gators kept the frame to within three points with key plays coming from Beason, Markova and junior outside hitter Sofia Victoria. Back-to-back aces from McGraw put the Golden Gophers up 21-19 before an Ellie Husemann kill won the opening set.

The second set would be the only time Florida was in complete control.

A string of nine consecutive points gave the Gators a commanding 15-5 lead they would never relinquish. The run featured two kills from Markova and a hat trick of service aces from sophomore defensive specialist Trinity Adams, which triggered a timeout from Minnesota head coach Hugh McCutcheon.

McCutcheon’s momentary moratorium worked to a degree, as Minnesota would win seven of the next ten points to pull within six points of the Gators. A four-point rally from Florida with kills from Markova, Stucky and sophomore middle blocker Gabrielle Essix stomped out Minnesota’s comeback attempt to even the ledger at one set apiece.

Minnesota took an early 7-3 lead in the third frame on a four-point run bookended by a Naya Gros kill and Rachel Kilkelly service ace. UF responded with five in a row on three kills, including two straight from Kelley to make it 8-7.

The set remained close as neither side was able to earn a lead larger than two points until a Golden Gophers trio of points carved out a 20-16 advantage. Florida brought the deficit to within two on a service ace by libero Elli McKissock before Landfair ended the set with a kill right down the center of the court.

Florida started off the fourth and final set on the right foot, taking a 5-1 lead on a pair of kills from Beason. Minnesota would equalize at six, however, with a kill from junior outside hitter Jenna Wenass. Tied at 10, Minnesota rattled off eight of the next 10 points to take an 18-12 lead, including two separate runs of three. Florida continued to play from behind and could not hold back a Minnesota offense that had found its groove.

Landfair’s 14th kill of the match would hand the Golden Gophers the victory.

Despite Florida outhitting Minnesota .211 to .203, the Golden Gophers kept the Gators off-balance by running the offense through junior setter Melani Shaffmaster. She facilitated a team-high 14 kills to Landfair. Markova paced Florida with 15 kills while Beason racked up 12, marking the Alabama native’s fifth straight game with double-digit kills.

The Gators have an opportunity to get back on track with a trio of home games against unranked opponents this weekend during the Sunshine Invitational.

Georgia Southern and Florida Gulf Coast will take on Florida in a doubleheader Friday. It begins at 10 a.m. against the Eagles, and the nightcap is scheduled for 7:30 against FGCU. The Gators then face the Rams of Virginia Commonwealth University in the O’Dome at 4 p.m. Saturday.

The invitational will broadcast on SEC Network +. 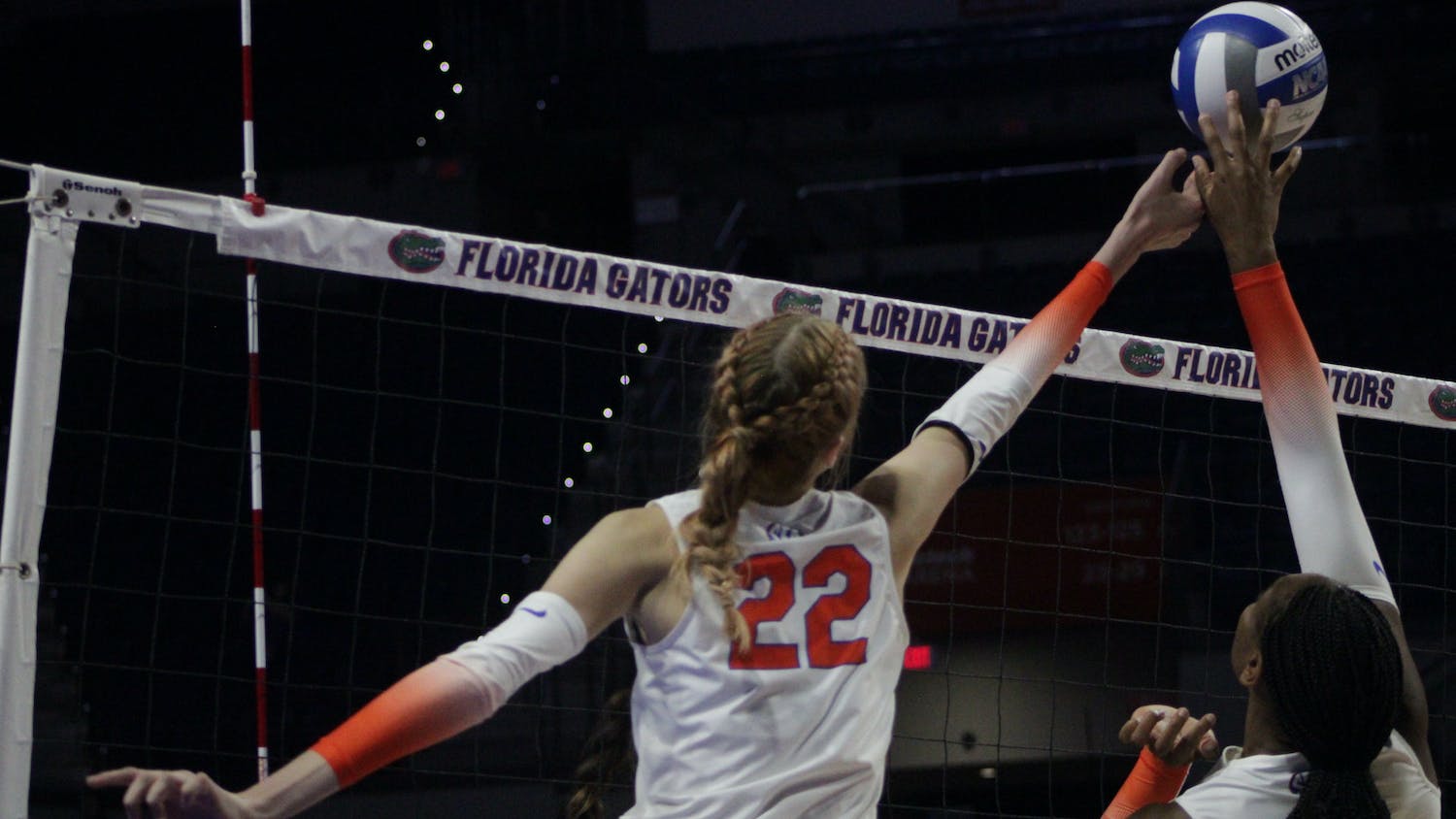