7 contestants pretended to be the president’s chief medical advisor

Contestant Julie Anspach couldn’t wipe the smile off her face when she won the Dr. Fauci Look-Alike Contest Wednesday night outside of The Bull in downtown Gainesville.

Jumping up and down, the 66-year-old Gainesville resident excitedly accepted the competition’s top prize of an overnight stay and complimentary breakfast at Sweetwater Branch Inn.

“I won this for my nephew and his wife who are coming in January,” she said. “So they can leave their two-year-old with me when they visit.”

Anspach was one of seven contestants who participated in the Oct. 26 Dr. Fauci Look-Alike contest. The contest was hosted by The Bull and Gainesville actor Glenn Terry.

Anthony Fauci is the chief medical adviser to the U.S. president and the director of the National Institute of Allergy and Infectious Diseases. He is known for managing the country’s response to the AIDS crisis and the COVID-19 pandemic. Fauci is retiring from his positions at the end of this year.

Not only Anspach was given a prize. The other contestants won four tickets to concerts at Heartwood Soundstage, gift certificates to Sweet Dreams, a bicycle tune-up at Goodbike and a case of Later Gator Beer.

He emailed Fauci last week, asking Fauci to fly down to Gainesville to judge the competition.

“Thank you for the note,” Fauci wrote back. “I cannot make it down to Florida at this time, but have fun at the look-alike contest. Best regards, Tony.”

“Who knew I would be on first name basis with Tony Fauci?” Terry said.

In honor of Fauci’s medical background, the four judges of the contest were all current or retired local physicians: Rull James Toussaint, Linda Lanier, Mary Saxe Aplin and Kayser Enneking.

“The scientific community in general, and certainly in Gainesville, genuinely appreciates the expertise and the heart and soul of Anthony Fauci and what he has done for this county over decades,” Lanier said.

Anspach was the only female contestant. She had been preparing for the contest for weeks, she said, putting the costume together, getting a combover haircut, watching YouTube videos of Fauci and frequenting a website for actors who want to perfect a Brooklyn accent.

She performed a skit where she gave the contest host, Gregg “Mr. Gainesville” Jones, a fake COVID-19 vaccine booster shot. She also performed an Irish jig.

Nine-foot Fauci wore a giant paper mache mask that Terry had made for him. The man under the mask, Doug Mackey, came in second place.

Mackey and Terry have been friends for 40 years. The two met in Miami, where Terry was known for founding the satirical King Mango Strut parade in Coconut Grove.

Mackey loves to attend all of Terry’s events, he said.

“It’s a comic relief of the everyday pressures we all feel,” Mackey said.

Malcolm Sanford, an 80-year-old Gainesville retiree, said his wife misunderstood the email and sent him off to what she thought was a Hemingway contest.

Sanford showed up with his grown out, white beard and button-down shirt. Jones named him “Ernest Fauciway.”

“My name is Tony Fauci,” he sang. “I’m the doctor of this land. The fools that I put up with are more than I can stand.” 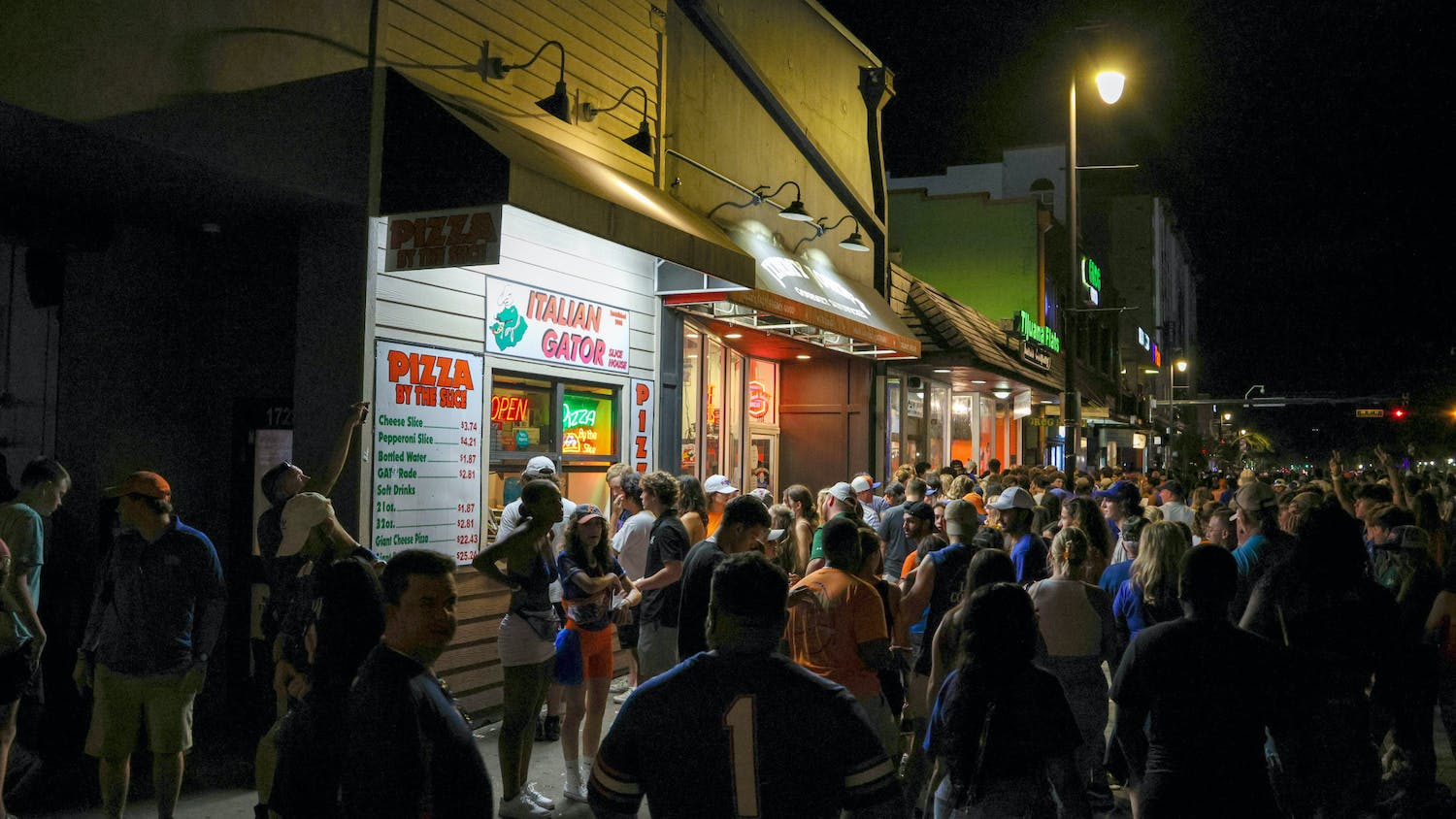 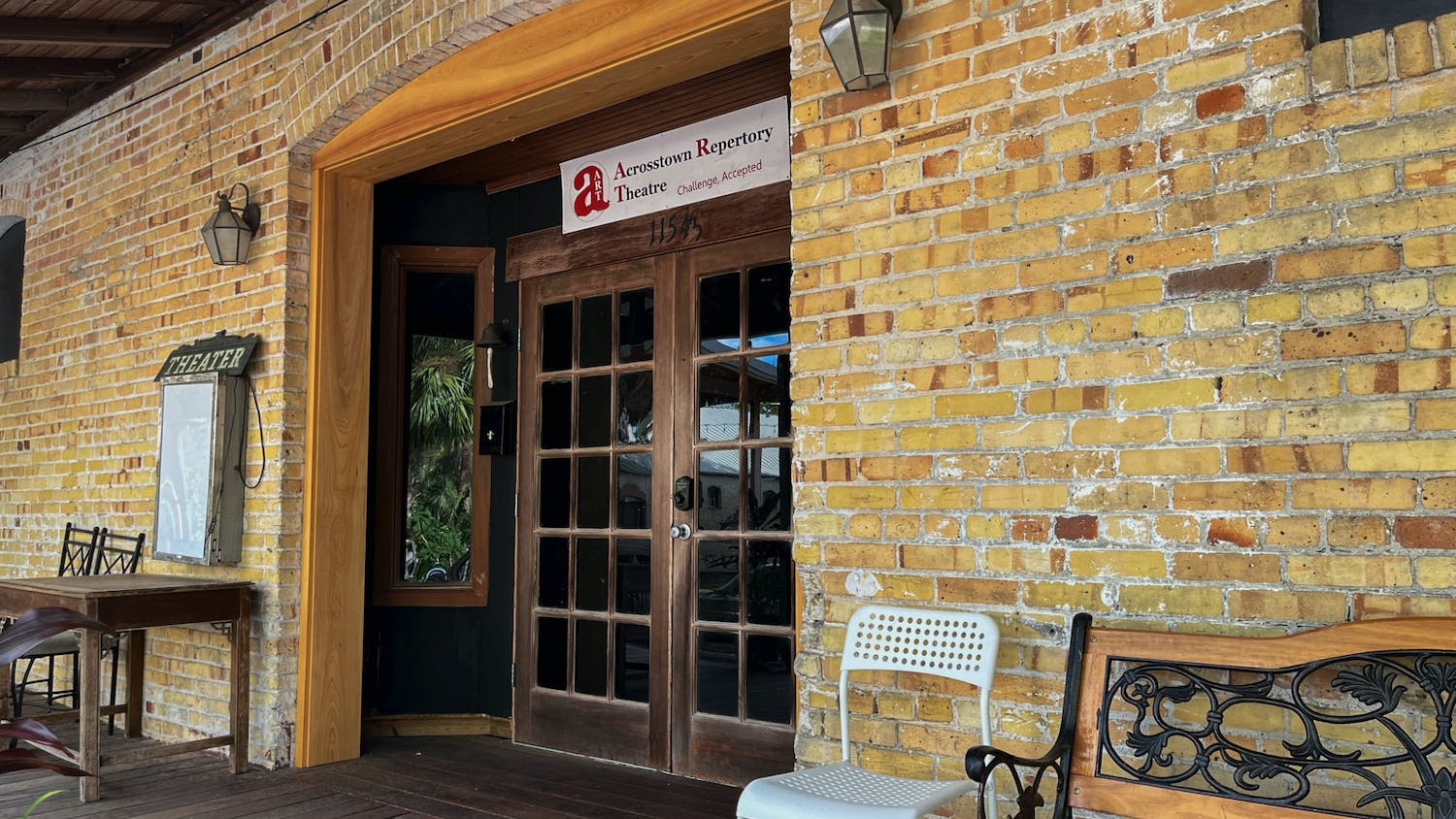