Amidst the Senior Day celebrations, a true freshman blew the game open for the Florida Gators. With Florida already nursing an impressive 14-0 lead in the first quarter, freshman running back Trevor Etienne put the visitors away.

The Jennings, Louisiana, product found acres of space on the right side of the offensive line and hit the hole at pace. The freshman blazed down the sideline and rolled over a chasing defender as he crossed the plane for an 85-yard touchdown.

It was the longest rushing score for UF since 2019 and gave the Gators a commanding three-score lead they would never surrender.

The Florida Gators (6-4, 3-4 SEC) cruised to a 38-6 victory over the South Carolina Gamecocks (6-4, 3-4 SEC) in a dominant effort. It’s Florida’s second straight Southeastern Conference win and the largest SEC win since a 42-0 win over Vanderbilt last season.

Florida methodically moved the ball down the field on its opening possession. Redshirt sophomore quarterback Anthony Richardson found freshman receiver Caleb Douglas for a 13-yard gain on third down near midfield to move the chains, and Montrell Johnson got the Gators into the redzone on a 22-yard run the ensuing play.

The Gators faced a third and goal from the South Carolina 4-yard line and put the ball in the hands of their best player. Richardson took the snap and ran to his right behind a pair of excellent blocks, plowing his way into the endzone for an early Florida touchdown.

The Gamecocks failed to move the ball against an energized Gator defense and quickly punted the ball back to UF.

Florida marched to the Carolina 15-yard line, and Richardson lofted a pass over the outstretched arms of a Gamecock defender into the waiting hands of junior receiver Ricky Pearsall in the endzone for another score.

Florida sacked Rattler three times in the game and finished with five quarterback hits, hurrying the former Oklahoma star throughout the evening.

On the second play of the ensuing Gator possession, Etienne blew the game open with his 85-yard house call to put the game away early for Florida.

“Those guys up front are awesome,” Napier said. “[Etienne] did have the finishing speed to get the job done.”

After another South Carolina punt, the Gators continued to move the ball at will, but struggled in the red zone before settling for a 28-yard Adam Mihalek field goal to push the lead to 24-0.

Florida’s defense continued its stout performance, forcing another Gamecock punt to give the ball back to UF with just under two minutes to play in the first half. Head coach Shane Beamer pulled into the bag of tricks though, calling a fake punt pass.

Junior punter Kai Kroeger found redshirt senior receiver Dakereon Joyner wide open down the field, who waltzed into the endzone to finally get Carolina on the board.

On the first play of the second half, redshirt sophomore safety Rashad Torrence II laid a massive hit on South Carolina’s Antwane Wells Jr, forcing a fumble that he recovered deep in USC territory.

The extra possession ended with no points, however. The Gators languished on offense before settling for another field goal, where South Carolina’s special teams got after it. Redshirt junior defensive back Cam Smith blocked the kick and kept Florida off the board.

Two plays later, the Gators took the ball from the Gamecocks again.

Junior tight end Jaheim Bell took a handoff up the teeth of the defense, but sophomore nose tackle Desmond Watson ripped the ball from Bell and rumbled inside the Carolina red zone.

“The guy just ripped it out of his hands,” Napier said. “I’m proud of Des, he’s come a long way.”

The Gators made good on the turnover the second time out. Richardson found redshirt sophomore tight end Jonathan Odom wide open, and the Tampa native walked in for his first career touchdown.

On the next play for the Gamecock offense, freshman Florida safety Kamari Wilson popped the ball out of the hands of receiver Jalen Brooks. Senior safety Trey Dean pounced on the loose ball, and the Gators took over again.

UF’s offense stalled and settled for another field goal, only for sophomore punter Jeremy Crawshaw to mishandle the snap and get tackled in the backfield.

The teams traded punts before South Carolina put itself in position to score its first offensive touchdown of the game. A 47-yard punt return from redshirt senior Josh Vann — with a 15-yard facemask penalty added on after — set up the Gamecocks deep in Florida territory.

South Carolina converted a short fourth down, but a false start penalty wiped out the conversion and pushed USC to a fourth-and-8. Rattler escaped the pass rush on the next play, but his pass was too high for his receiver and South Carolina turned the ball over on downs.

Johnson added a late touchdown run in the fourth quarter, which cemented a dominant performance — including a career-high 161 rushing yards— and pushed the Florida lead to 32.

The Gators will travel to Nashville, Tennessee, next Saturday to face Vanderbilt in the final SEC contest of the season. The game will kickoff at noon and broadcast on SEC Network. 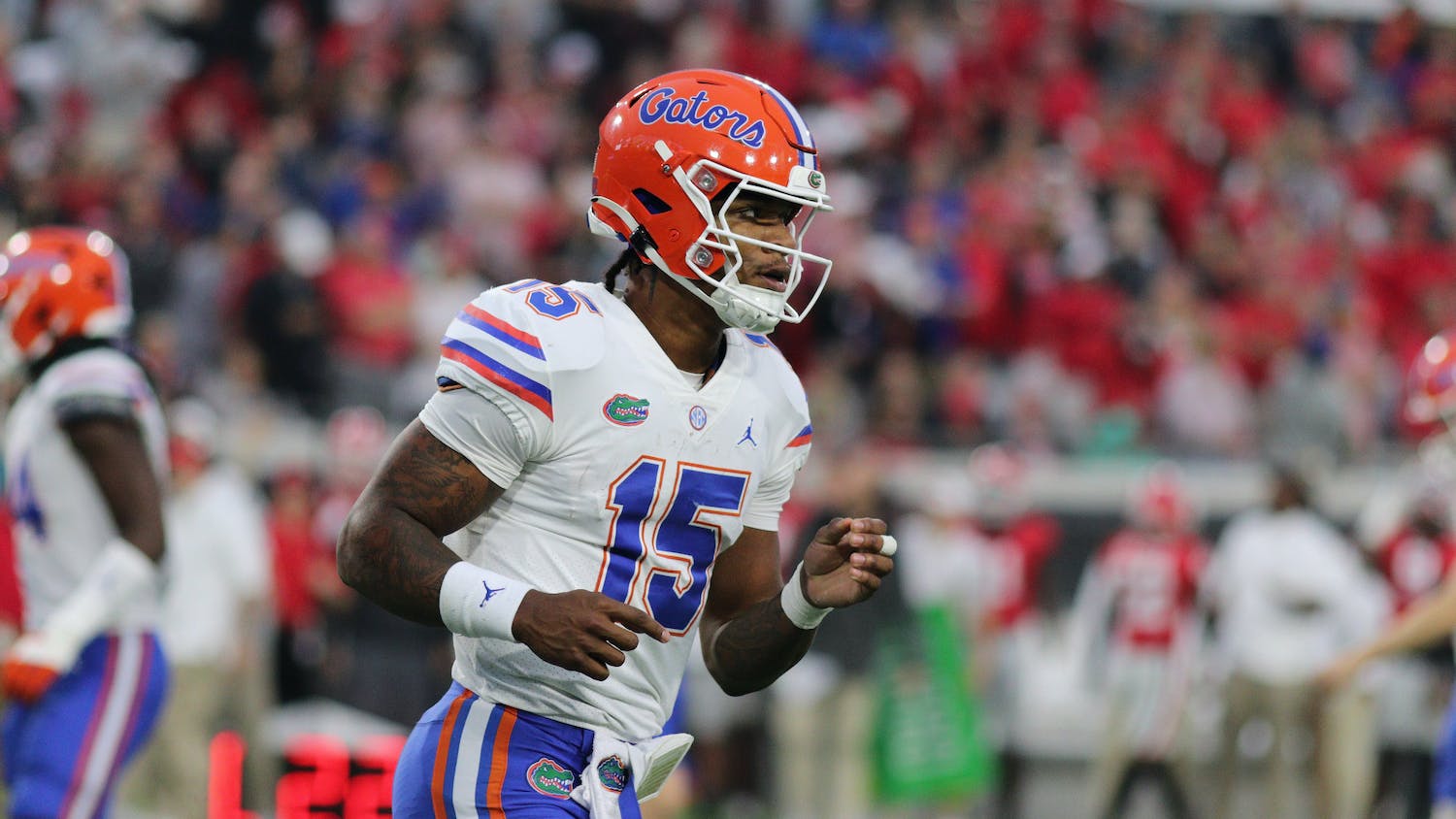 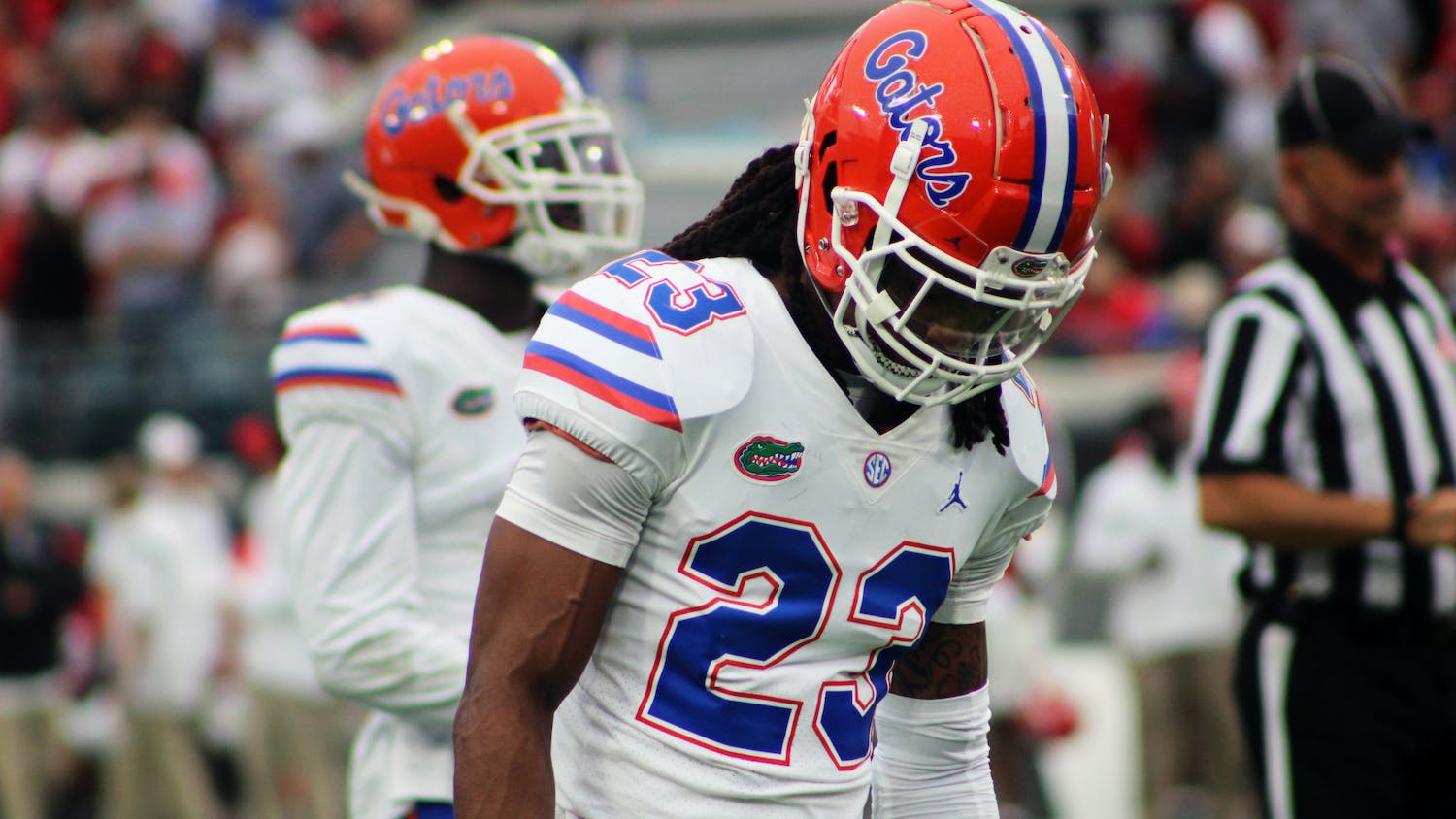 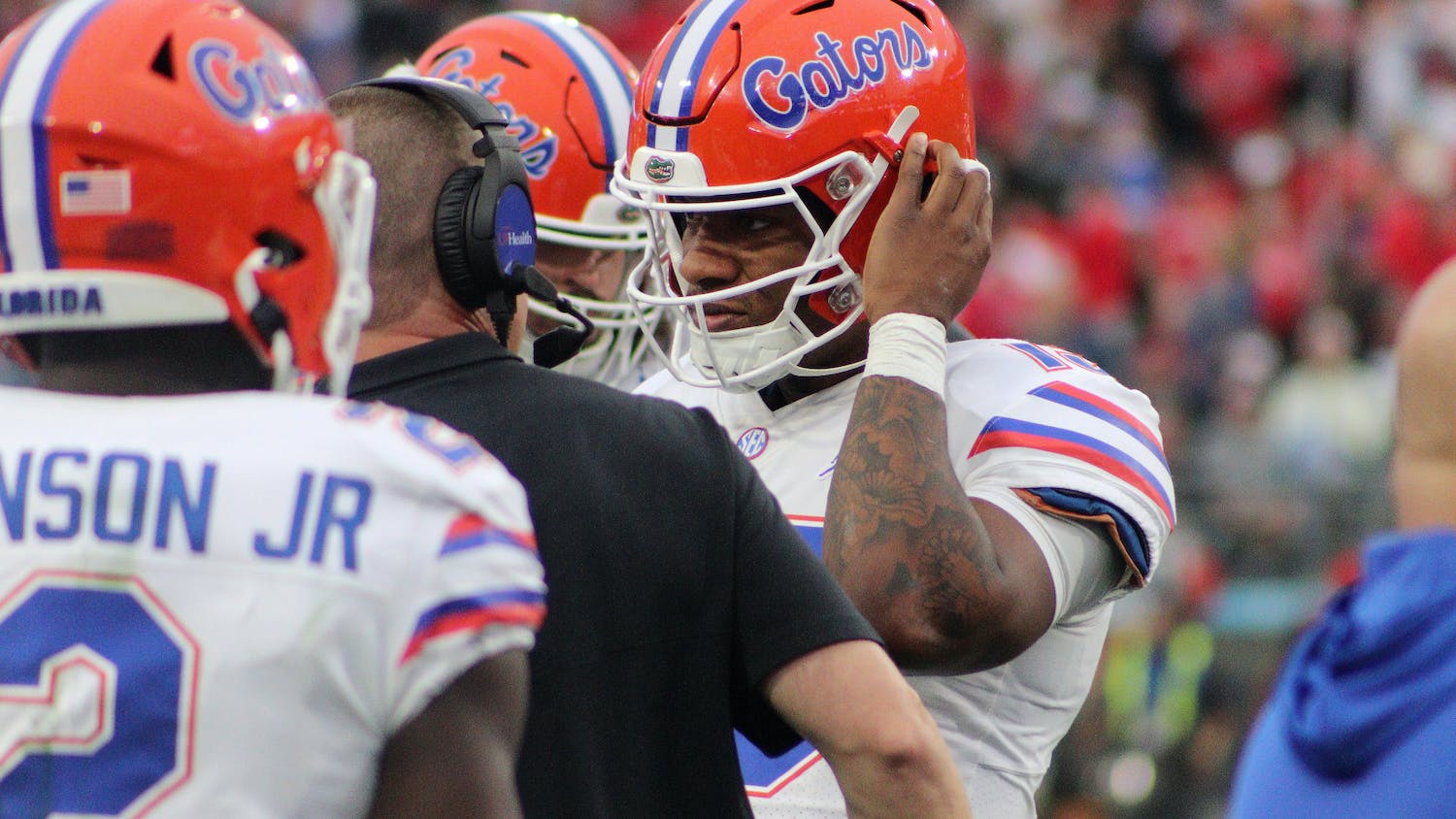