Guard KK Deans took the game into her own hands. She scored eight points, drew a charge and assisted the game-tying basket.

The score was even at 61 with less than three minutes to go in the third quarter. The Seminoles took a 6-point lead as the fourth quarter approached.

Based on the run Florida (2-1) had just went on, six points felt more than achievable. However, a stagnant fourth quarter ended with the Seminoles (4-0) on top, 92-77. The Seminoles led by as many as 19 points in a game where the Gators ran out of magic and failed to come back one more time.

FSU won the tip and gave UF a glimpse of what to expect from the first quarter. Guard Ta’Niya Latson, who currently leads the NCAA in points scored, started the game with a layup in six seconds to give FSU an early lead.

The Gators tied the score at three when forward Jordyn Merritt knocked down a 3-pointer. However, Florida couldn’t keep up with the Seminoles as the first quarter progressed.

Florida State scored 10 points unanswered while Florida went on a four-minute scoring drought. The Gators’ leading scorer, guard Leilani Correa, got them back in the scoring column with a fastbreak layup assisted by Deans.

Forward Makayla Timpson answered for the Seminoles as she knocked down a 2-pointer, but Correa stayed involved to give her team some life. Correa knocked down a jumper to bring Florida within eight, 15-7.

Out of a media timeout, Correa scored her second basket in a row assisted by guard Nina Rickards. FSU forward Erin Howard drilled a three, Deans knocked down a 3-pointer of her own. Then, the teams went two minutes until they saw another shot fall through the net.

Each team scored four more points in the last minute, and the Seminoles ended the first quarter with a 22-16 lead.

The second quarter got off to a slow start, but after Latson knocked down a layup with 8:06 on the clock, the momentum swung in favor of the Seminoles. Florida State scored eight points, five by Latson, in 34 seconds to force a Florida timeout and give the home team a 14-point lead.

Rickards scored the Gators’ first points of the quarter with two free throws at the 6:47 mark. Florida State continued to kill any hint of a comeback after Latson scored again, and Howard followed with another 3-pointer.

Merritt layed up a two-pointer for Florida, but FSU guard Jazmine Massengill scored five in a row to give the Seminoles a 40-22 lead. Florida lagged behind Florida State until it went on a 9-0 run, led by five points for Correa, to bring Florida within single digits.

Seminoles forward Mariana Valenzuela buried a three in front of the Florida bench, but Deans hit a 3-pointer of her own to offset it. Valenzuela got the last laugh with a floater off the backboard and gave FSU a 12-point lead heading to half, 48-36.

The Seminoles had all the control through the first half. Latson was as good as marketed, and she led the Seminoles with 14 points through two quarters.

Correa was just as impressive for the Gators with 15 points, and Deans contributed 10 points. The duo combined for all but 11 of UF’s first half scoring.The Gators bench production kept them in the game. Outside of Correa and Deans, the Gators starting lineup only had 11 points.

Florida struggled shooting in the opening half, hitting only 34% of its shots. Meanwhile, Florida State shot 44%. UF committed 13 turnovers in just the first half, while FSU only gave the ball up eight times.

Rickards scored the first points of the half, with a layup to bring Florida within 10, but Timpson quickly added a layup for herself.

Correa answered with a close jumper, but went down holding her leg. FSU scored off an offensive rebound as it played five against four. Correa limped down the court, and Florida called a timeout.

After the timeout, Correa was out of the lineup, but forward Faith Dut knocked down a jumper. Florida State continued pushing its lead, with a peak of 13 points, but back-to-back baskets by Deans allowed Florida to hang around a little bit longer.

Both teams brought in substitutions after a turnover by Deans. Correa checked back into the game and immediately scored a fastbreak layup after Merritt came away with a block and Rickards secured the rebound.

In a game where Correa and Latson were trading buckets, Latson kept the trend alive and scored two more points for the Seminoles. Florida State held a 61-51 lead with 4:58 to play in the third quarter.

Correa found UF center Ra Shaya Kyle for an easy layup on the inside of the paint. Then, Deans took over.

She hit back-to-back triples to give her 21 points on the night. On the other end, she drew a charge and then assisted a jumper by Dut to knot the game at 61.

After the big-time run by Florida, the Seminoles outscored the Gators 8-2 as the third quarter came to a close. Entering the fourth, Florida State led, 69-63.

Latson opened the fourth with a jumper and a foul, Giving FSU a 72-63 lead. Kyle got fouled on the offensive side and knocked down one of two from the charity stripe. However, she fouled FSU on the other side of the court and went to the bench with four fouls.

As the fourth quarter unraveled, so did Florida.

The Gators had only one point through more than five minutes of game time. On the other hand, Florida State clicked on all cylinders. Valenzuela scored six points in a row, and FSU had 14 points through that same span.

After tying the game at 61, Florida’s offense disappeared and never returned. Correa missed two technical free throws with 4:35 left in the game. Six seconds later, Deans — who ended the night with 23 points — fouled out of the game.

Kyle made the Gators’ first field goal of the quarter with 3:55 on the clock and completed the 3-point play at the free-throw line. This sparked the Gators offense, as Merritt made a layup and guard Alberte Rimdal and Kyle each made two free throws.

Florida’s efforts were too little, too late, and Latson continued her offensive onslaught. The clock hit triple zeros and Florida was defeated.

The Gators had come back from as many as 18 points, but they ran out of magic in the fourth quarter. FSU closed the game on a 31-16 run through just under 13 minutes.

Florida struggled shooting inside the arc and shot 39.1% from the field. The Gators also couldn’t protect the ball and gave up 25 turnovers, compared to FSU’s 17.

UF head coach Kelly Rae Finley’s team also found itself in foul trouble early and never got settled, ending the game with 24 fouls. Deans fouled out and Dut and Merritt had four each.

Correa and Deans were the main source of production throughout the night and finished with 22 and 23 points respectively. However, the two players outscored the Gators’ entire starting unit 45-32.

The Seminoles had five players score 12 or more points. Timpson and Valenzuela had 13 each, and Massengill and guard O’Mariah Gordon both added 12.

However, Latson was the star of the night. She couldn’t be stopped and finished with 32 points, 5 rebounds, 4 assists and 2 steals.

The Gators will look to bounce back Friday — as their next opponent won’t have the NCAA’s leading scorer — when it takes on Bethune-Cookman. Florida will host the Wildcats at 6 p.m. back in the Stephen C. O'Connell Center. 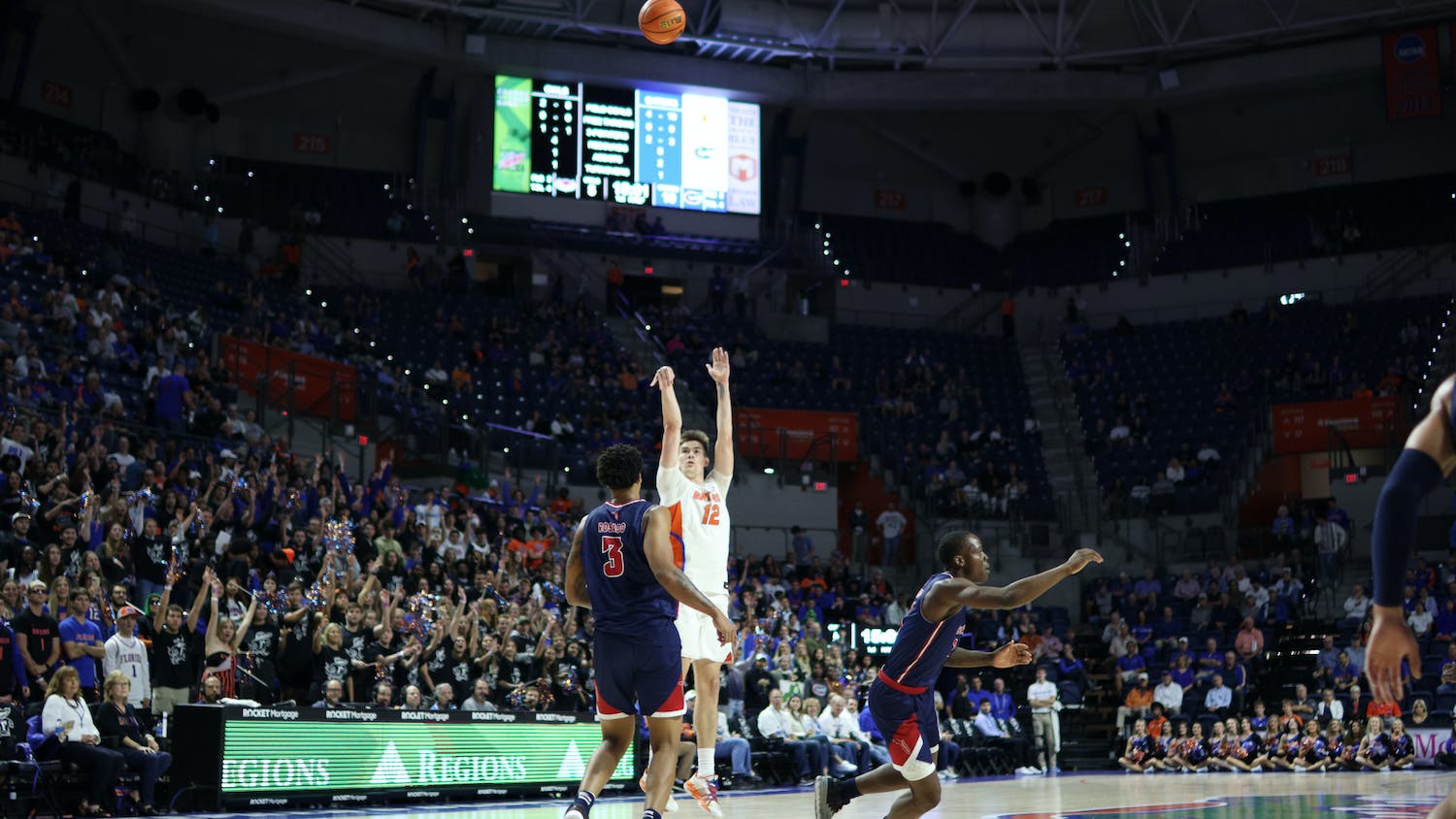 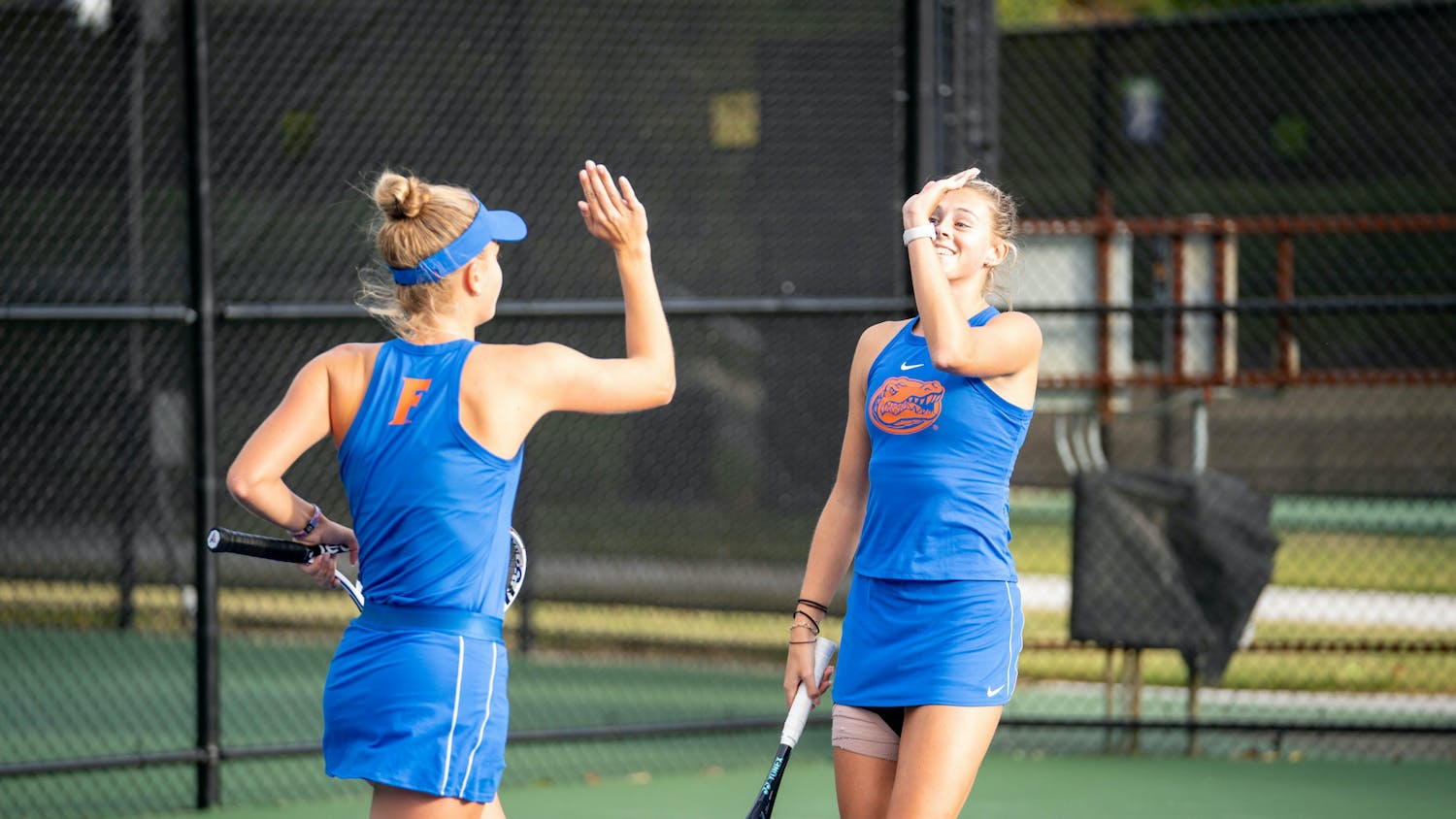 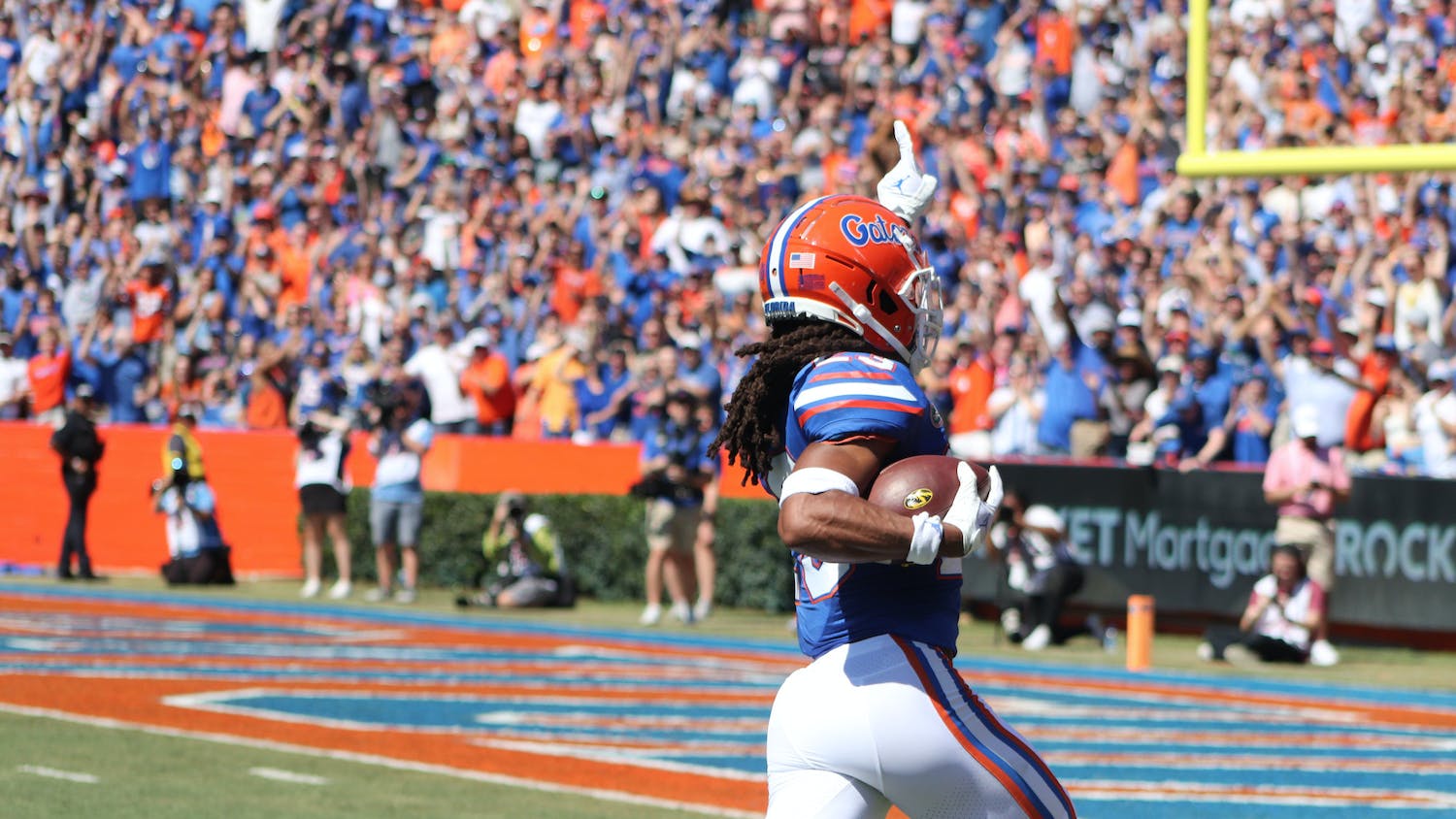