Florida pulls back versus Seminoles, escapes Tallhassee on top

Gators trailed by 17 at halftime

Dealing with a plethora of injuries and suspension, there wasn’t much to expect from a shorthanded Florida State when the Florida Gators took a visit to Tallahassee Friday.

Even more unexpected was the second-half collapse by the Seminoles after a miraculous first-half domination of the Gators.

Florida (3-1) defeated Florida State (0-4) Friday night 76-67. It's the first consecutive win over the ‘Noles for UF since the Gators won five straight meetings from 2009-2013. Florida star Colin Castleton finished with 25 points and nine rebounds in the contest.

Florida State came out with an aggressive approach. The ‘Noles attacked the glass and finished on putback chances to open up the game leading 10-5.

The Gators started off on offense drawing multiple fouls early to put a shallow Florida State bench in foul trouble. Despite the strategy, UF still found itself trailing out of the gate.

Both teams struggled to keep up the scoring, but Florida came to a complete halt. The Gators missed 12-straight field goals across a 3:41 minute scoring drought.

Meanwhile, Florida State continued to punish UF at the rim. A basket by guard Matthew Cleveland plus the foul put the ‘Noles up 10 and forced Golden to call timeout.

Six additional minutes would pass before sophomore guard Kowacie Reeves finally relieved the drought with Florida’s first 3-pointer of the contest. The Gators still trailed 29-18 with under five minutes to go in the first half.

The Gators began to put some high-percentage looks together despite the rough start, but continued to shoot themselves in the foot whenever possible. Louisiana State transfer Alex Fudge had some words after bringing the deficit down to 11 with a slam. He picked up a technical foul to the displeasure of Golden.

By halftime, Florida let the Seminoles lead grow to 17. Six turnovers and 8-of-29 shooting put the Gators in an unfavorable position headed into the locker room. Meanwhile, Florida State scored with ease, going 7-8 on layups in the opening half.

After putting up just one field goal behind the arc in the first half, Florida opened up the second period with a 3-pointer from junior guard Trey Bonham. Layups by graduate transfer guard Kyle Lofton and senior forward CJ Felder gave UF the first three baskets of the half and dwindled the deficit down to within 10 points.

Then, Castleton took matters into his own hands. He put down four baskets to spark a 10-0 UF run that brought the game all the way back within just one point. Florida found itself in a brand-new ballgame with 14:35 remaining.

Following a tough baseline floater from Bonham, the Gators took control of the lead for the first time since the 17:25 mark of the first half.

Upon reaching the first television timeout of the half, the game’s momentum had swung completely. Florida stretched its lead to six points as its run grew to 19-2 with 12 minutes remaining in the game.

The Gators continued to dominate in the second half as FSU lost track of its pace. A 3-pointer from sophomore guard Will Richard put the Gators up by 11 with 10:42 to go.

With five minutes to go, the Seminoles from the first half reappeared. FSU made three-straight buckets, including a tough shot by guard Caleb Mills over Castleton.

Despite the comeback effort, 11 turnovers and an abysmal 32% shooting in the second half kept Florida State from coming out on top. The Gators escaped Tallhassee and narrowly avoided their second brutal loss this week.

Next up for Florida is the first game of the Phil Knight Legacy invitational in Portland, Oregon, against Xavier Nov. 24. The Musketeers notably ended UF’s short-lived run in the National Invitational Tournament just last season. This year’s game will tip off at 5:30 p.m. and will broadcast on ESPN2. 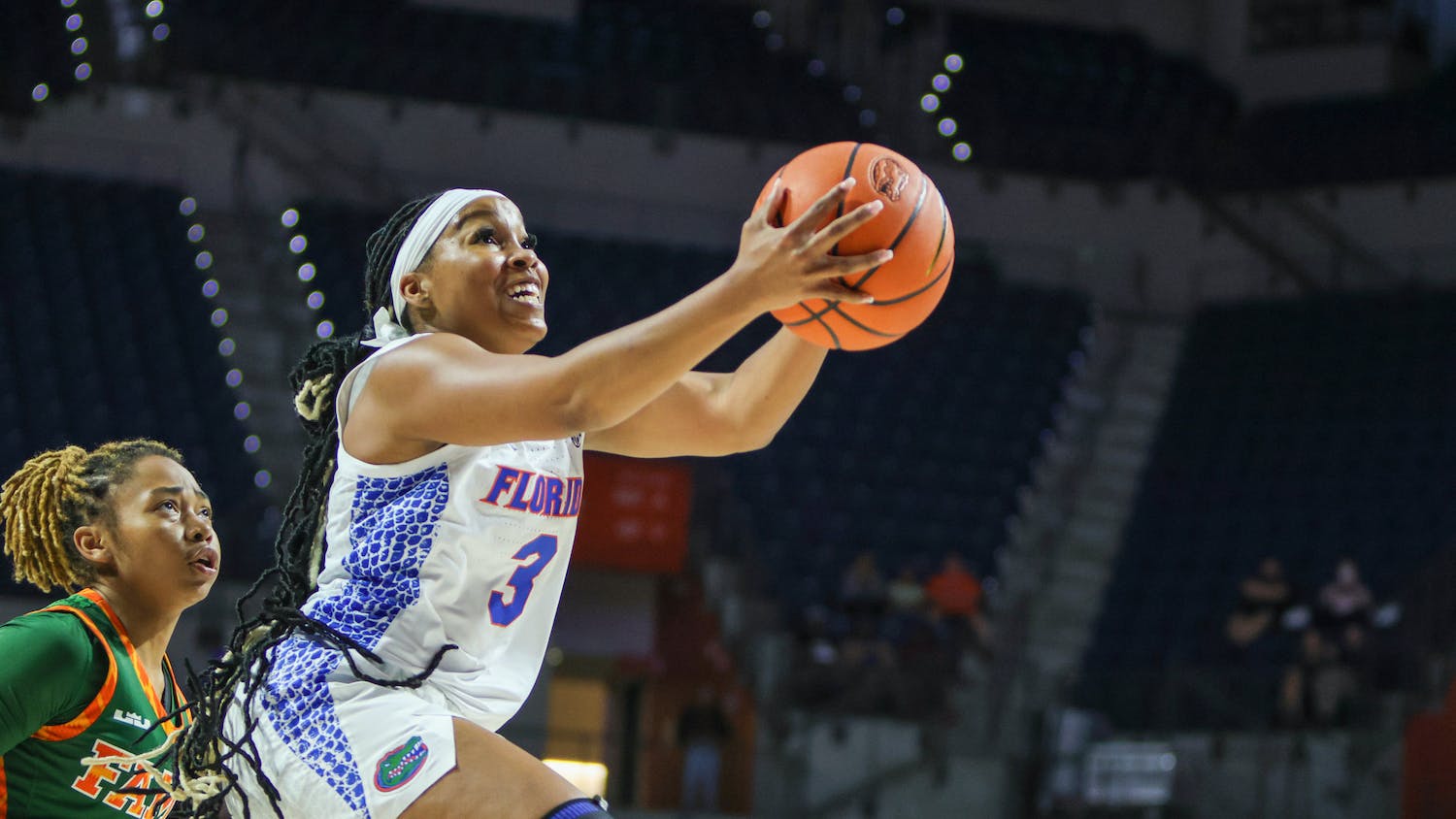 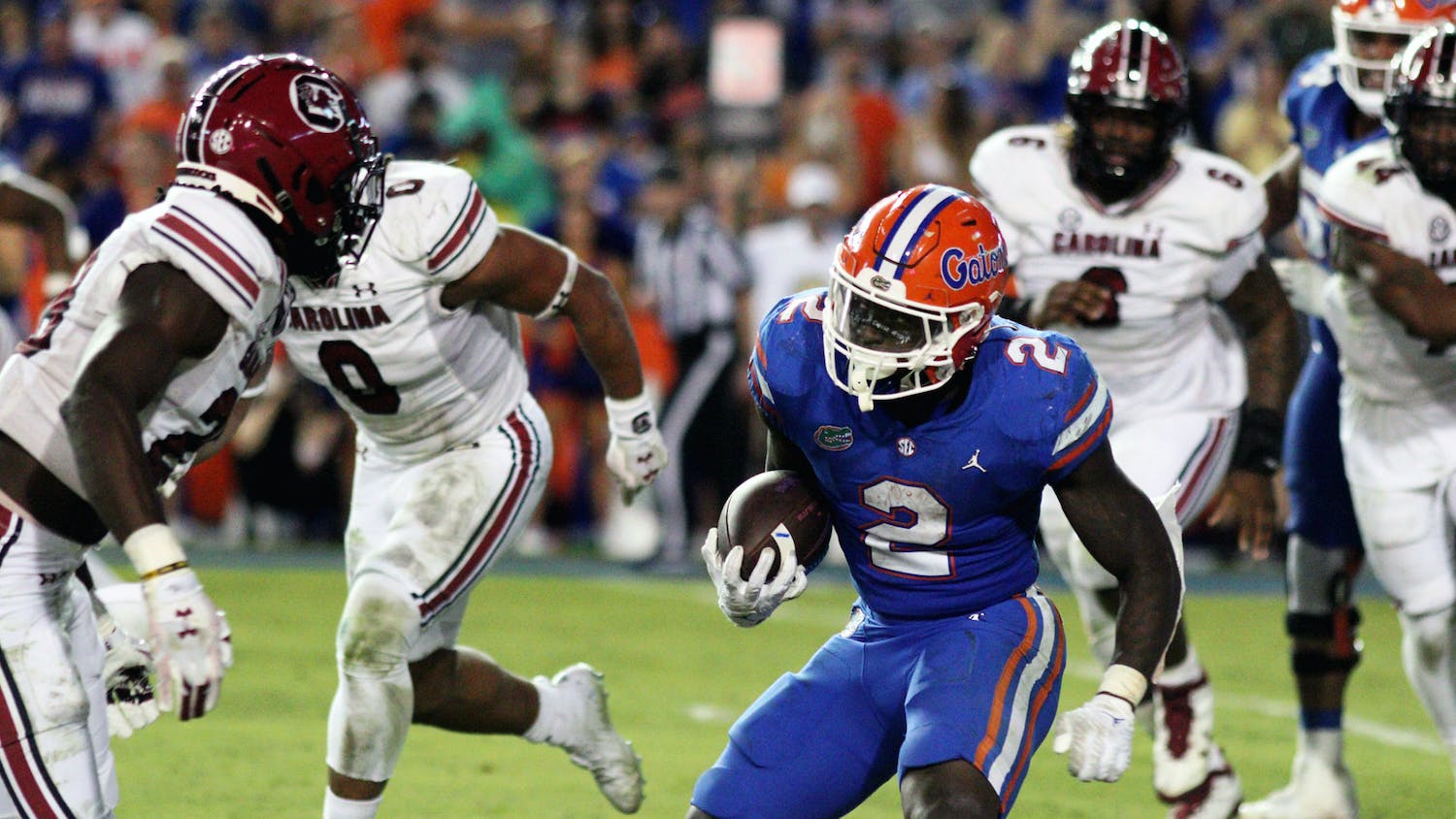 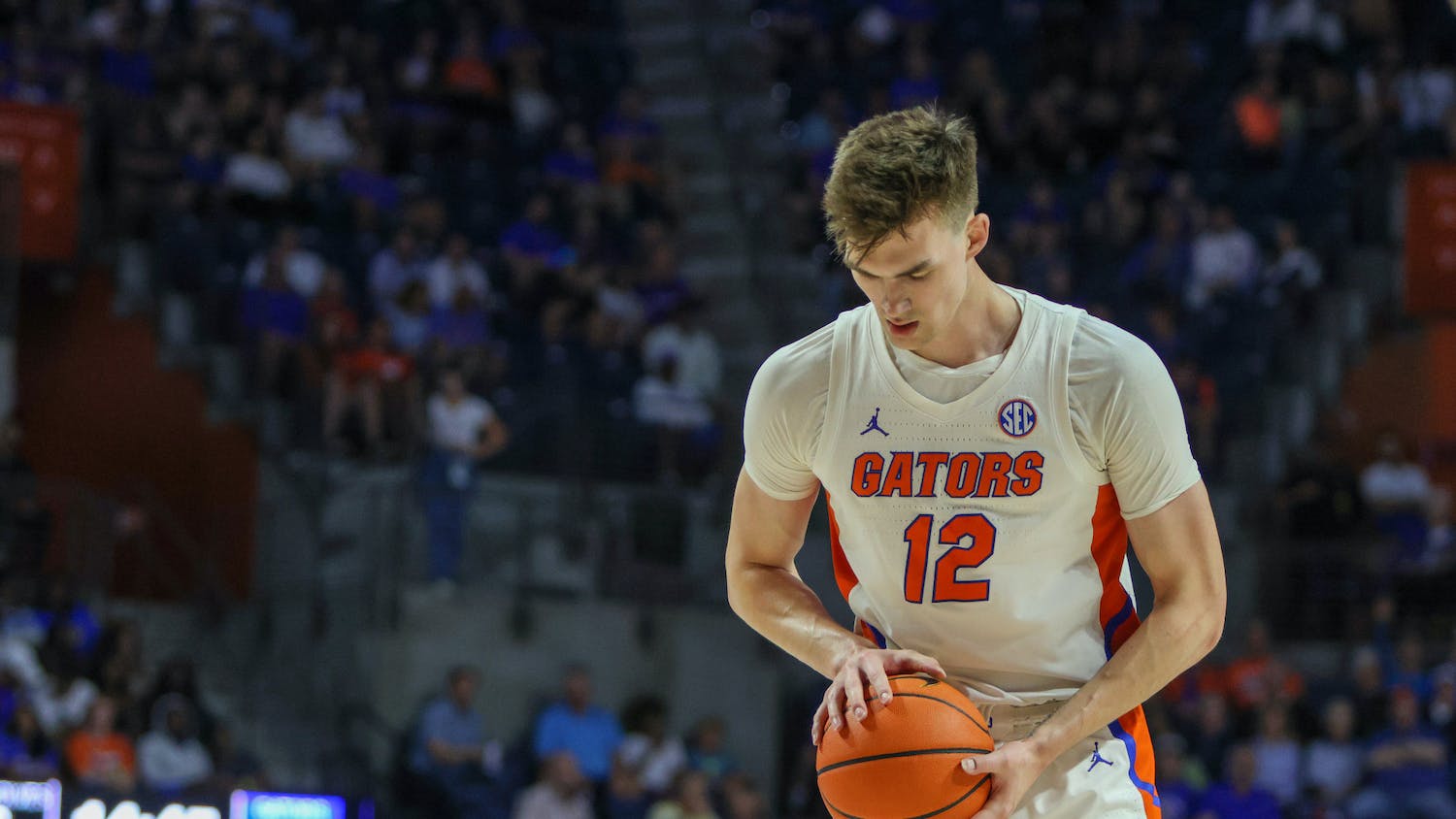