Skip to Content, Navigation, or Footer.
Donate Now
We inform. You decide.
Monday, December 05, 2022
THE AVENUE

Planting roots: how the Gainesville Giving Garden fits in with local farm culture

Several organizations were partners for its farm-to-table dinner Nov. 5

Meg Boria-Meyer’s not a Gainesville native, but she bears a considerable collection of local partnerships. Opus Coffee and Free Grocery Store are just two she’s worked with at her farm, donating produce to the community.

As the founder of the Gainesville Giving Garden, Boria-Meyer added more partnerships to that list Nov. 5 when she hosted the garden’s first farm-to-table benefit dinner. The banquet was at Frog Song Organics — it was the farm crossover of the millenia, raising $2,000 in ticket sales for the garden.

The menu was seasonal and prepared with homegrown ingredients, Boria-Meyer said, hence the name farm-to-table. Forty guests feasted on salad, vegetarian lasagna and autumn cheesecake — all prepared by the head chef of Paramount Grill, a downtown Gainesville restaurant.

“The biggest motivation was driving donations,” Boria-Meyer said. “And then also just helping our community to more deeply connect with fresh food as an organization that really believes that eating local is the ideal.”

All proceeds were funneled into the garden, a quarter-acre plot of land located at 225 NW 12th Ave. It’s a volunteer operation; Boria-Meyer, 28, has a job at Project YouthBuild, a local leadership program for low-income youth. She, along with a team of three, started the garden in May 2021, pulling pavement and adding soil beds in the formerly abandoned parking lot they leased.

“The land was available,” Boria-Meyer said, “and we were up for the challenge.”

At first, the team partnered with Family Promise of Gainesville to feed households transitioning from homelessness, said Lauren Hyden, the garden’s director of public health nutrition. But the produce overwhelmed the families, she said, because some of their crops like tatsoi and mizuna aren’t normally found in local grocery stores.

Hyden, 30, and the garden’s interns assembled recipe cards so people could learn how to prepare the produce into homecooked meals. But it still didn’t help.

“We no longer partner with that organization,” Hyden said. “Those families weren’t quite ready to receive fresh vegetables — they had so many other things going on in life.”

Now, the garden supplies produce to local organizations Free Grocery Store and Farm to Neighbor for them to distribute to Gainesville families.

“We’re really about wanting to partner with organizations who have already connected with those families,” Hyden said. “We don't need to duplicate that — we'd rather just support what already exists.”

Since October 2021, the team has produced about 400 pounds of vegetables. But it hasn’t done it alone, Boria-Meyer said.

The garden is serviced by 20 to 50 volunteers every Sunday from 9 a.m. to 12 p.m. Volunteers weed, plant and harvest after engaging in an introductory circle where they share their pronouns and the best part of their week.

That’s how she, too, got involved with the garden. She initially volunteered in November 2021 alongside her service fraternity, Alpha Phi Omega. Unlike some volunteers, Layton, who was then a UF statistics senior, had no experience in farming, she said.

After graduating from UF, she said, she was hoping to meet new people — preferably, non-college students. So, on her free Sundays, she’d return to the garden.

“The great thing is a lot of the community that comes out there [are] people that live in the area,” Layton said. “People who are like-minded and care about the cause.”

The cause in question, she said, is food accessibility.

There are also 11 food deserts — or low-income areas with minimal access to grocery stores — in Gainesville, according to a 2021 report that used data from the U.S. Department of Agriculture. People living in food deserts have fewer options for cheap, healthy ingredients, which can lead to obesity, diabetes and chronic illness.

“We hear about the wealth gap,” Boria-Meyer said. “Really, oftentimes, that equates to a health gap.”

President Joe Biden addressed national concern over food and nutrition Sept. 28 in a White House conference — the first dedicated to diet in 53 years. A goal he outlined during the conference was to end hunger and reduce diet-related diseases in the nation by 2030.

One way Biden intends to do so, he said, is by calling on Congress to expand monthly child tax credits because of how they flattened poverty rates before expiring in December.

Blumenthal was invited to the White House conference because of his experience in the field. He’s witnessed both local and international food systems as an intern at the garden and during his summer trip to Wales on a Fulbright grant, he said.

At the conference, Blumenthal said, he met nonprofit leaders and government officials alike.

“It was a celebration of a starting point to move forward with what the next major wave of transformative policies will be,” he said.

At the garden, he said, it’s the partnerships that promote progress.

Healing House of Alachua, a business that promotes natural medicine, will offer its services Nov. 13 at Opus Coffee-Airstream, where all proceeds will go toward the garden and two organizations Working Food and Grow Hub.

Proceeds and donations from the public allow the farm to continue supporting its mission of delivering fresh food to families in need, Boria-Meyer said.

“We just felt like ‘Well, let’s just do what we can, and that’s something,’” she said. “It’s just a little dent in a really, really big problem.” 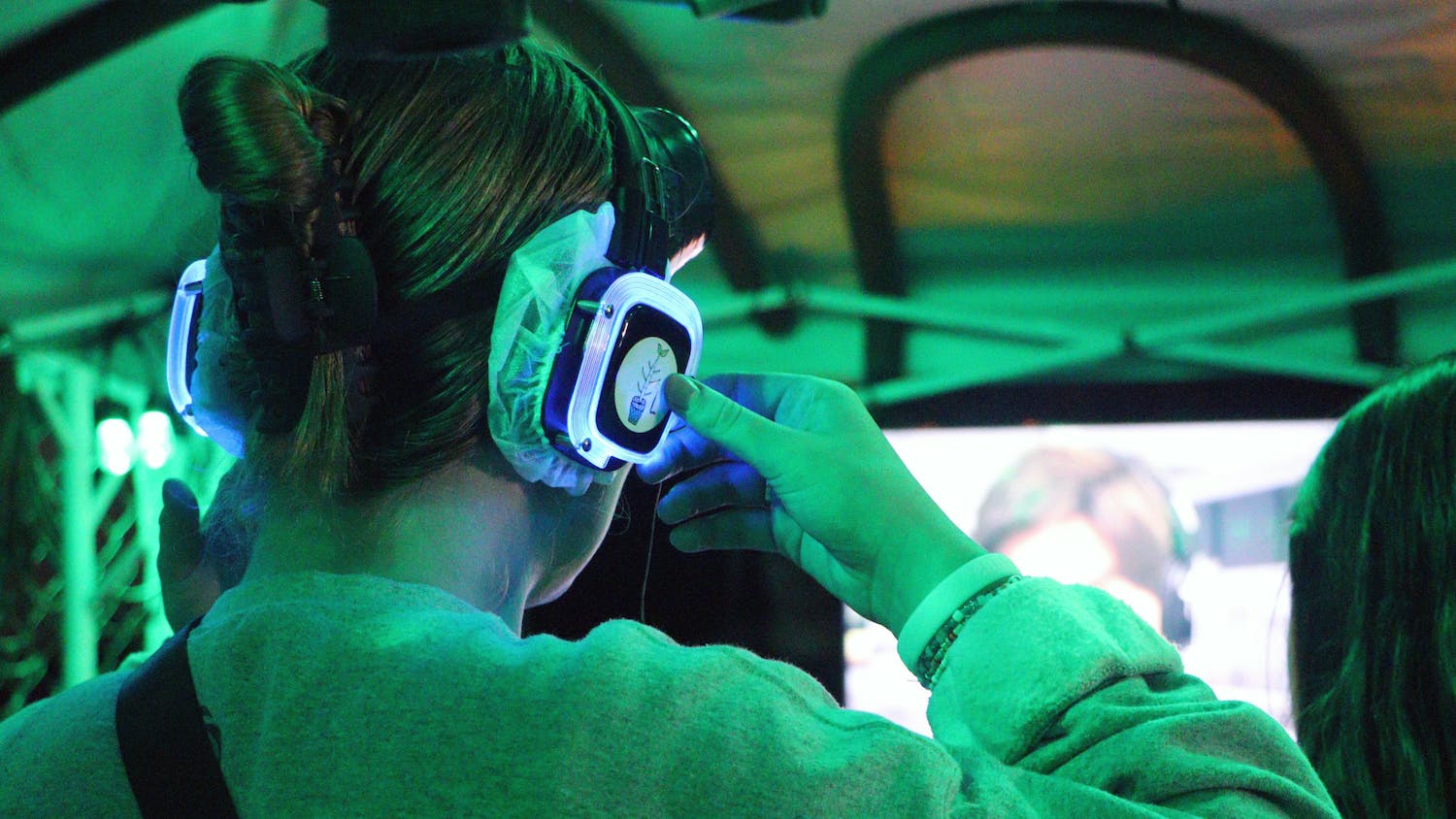 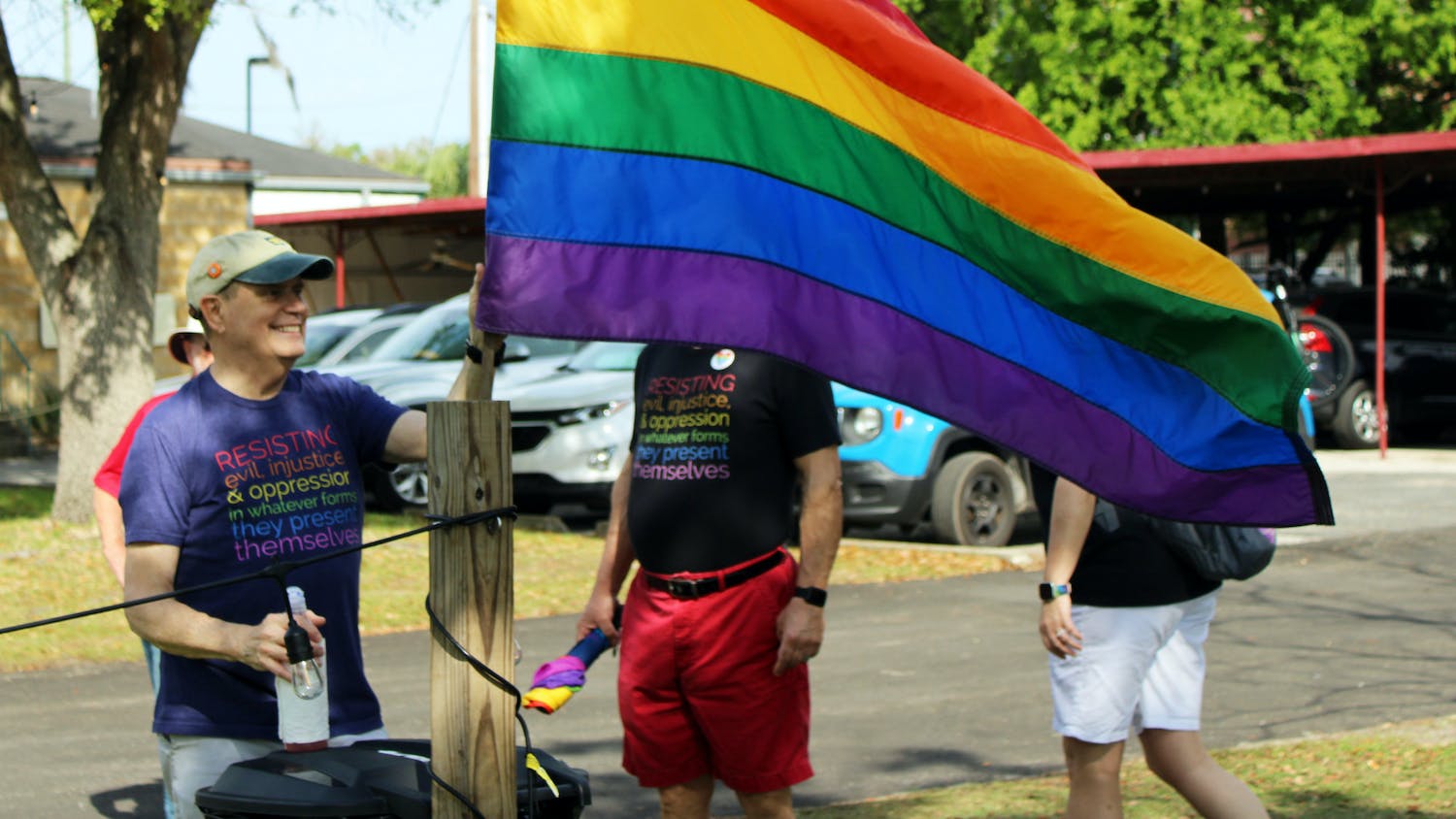