5 groups were targeted in 4 months

But the Florida Department of Law Enforcement has declared three crimes in Gainesville this year to be “hate crimes,” according to Gainesville Police Department records as of Oct. 17. Following vandalism of the National Pan-Hellenic Council Garden, The Pride Community Center of North Central Florida, the Alachua County Democratic Party and a Planned Parenthood center — only one has been given the hate crime designation as of the same date.

A hate crime is a crime motivated by bias against race, color, religion, national origin, sexual orientation, gender, gender identity or disability, according to the U.S. Department of Justice.

If FDLE is interested in investigating a GPD case, the agency will adopt it. After careful investigation, only then will the state attorney make the decision as to whether it was a hate crime, GPD Cpl. Joe Castor said.

“A hate crime is not a charge,” Castor said. “It’s an enhancer.”

GPD performs the criminal investigation and determines whether there’s probable cause that a person or group of people committed a crime. GPD then establishes a crime degree level, Castor said.

The state attorney can increase the criminal degree if it’s determined to be a hate crime.

In Castor’s 12 years in law enforcement, he said he’s not seen consistent targeted attacks like this for some time. He thinks the attacks may be motivated by the upcoming election season, he added.

Pieces of cement were thrown through two windows at the Alachua County Democratic Party office Aug. 6 at 901 NW Eighth Ave. Just three hours earlier, GPD was first notified about antisemitic flyers being left on people’s lawns. Over a month later on Sept. 17, more flyers were dropped.

Then, the Pride Community Center of North Central Florida at 3131 NW 13th St. discovered that

its front door and a window were smashed Sept. 24. A hateful note was also left behind, leading FDLE to declare the vandalism as a hate crime.

The Pride Center attack and the dropping of the antisemitic flyers were both shared to FBI agents and the Florida Department of Law Enforcement, according to GPD.

That same weekend, Planned Parenthood’s Gainesville office was vandalized, and a note was left behind. GPD can not yet reveal the note’s content because of the active investigation.

Most recently, the National Pan-Hellenic Council Garden, located on the North Lawn near Marston Science Library on UF’s campus, was vandalized for the third time since the garden opened two years ago, with letters removed from four of nine monuments honoring Black fraternities and sororities.

Since the vandalism at the National Pan-Hellenic Council Garden, the council has called upon UF to do more to protect “one of [their] few spaces on campus.”

“The repeated malicious actions towards our Council, a predominantly Black community on campus, and the bare minimum response by the University are unacceptable,” the National Pan-Hellenic Council wrote in a statement posted on its social media Nov. 4.

“There’s this perception that Gainesville is this pretty inclusive, welcoming environment,” they said. “But because of these incidents…we can’t let our guard down.”

Since the Oct. 29 projection of an antisemitic message on the Jacksonville stadium after the Florida-Georgia game, Rabbi Berl Goldman, director of Lubavitch Chabad UF — a Jewish organization on campus — has received hundreds of texts, emails and phone calls in support of his community.

But a message he received Friday concerned him.

“We’ve received a phone call today and many others from parents and students who are fearful of attending Chabad UF’s Friday night services — something they do each week,” he said.

Goldman insists Gainesville’s Jewish community remains unified and works to teach others about the importance of educating themselves about different cultures.

“The answer to antisemitism hate and bias is education,” he said. “Antisemitism is nurtured. It’s taught, it’s sheared, and the root of it needs to be eradicated from our midst.”

The vandalism at Alachua County Democratic Party and at Planned Parenthood aren’t being investigated as hate crimes because the groups targeted don’t fit the criteria of a protected group.

However, Alachua County Democratic Party chair J. Maggio assumes the vandalism was motivated by hate and may even be linked to other incidents, he said.

Every other office in the complex on Northwest Eighth Avenue was left untouched, except for that of the Alachua County Democratic Party. That’s why, Maggio said, he believes the attack was targeted.

Pride Center President Tamara Perry-Lunardo is confident the attack on her center was motivated by hate, disagreement or maybe even fear, she said.

But even more so, it comes down to what’s going on with somebody individually, she said.

“I disagree with a lot that goes on in the world, but I don't go throwing rocks and hateful notes, and I think it's because that's not what's in my heart,” Perry-Lunardo said.

As for what can be done to prevent further hate-motivated attacks, Perry-Lunardo will work to educate people around her.

“I think there can be a change of heart when there's a change of understanding,” Perry-Lunardo said. ”And so we will continue to do that.”

Kyle Hamilton, a 20-year-old UF public health and women’s studies junior, is sure of the reason behind the attack on the Pride Community Center.

“I think it’s most definitely a hate crime,” Hamilton said. “I feel like it would be naive for people to think otherwise.”

Even though he thinks the world has grown to be more open-minded and the community he surrounds himself with accepts him, there are still spaces he doesn’t feel safe in, he said.

“The majority of UF is progressive and accepting of [the LGBTQ community] on campus,” Hamilton said. “But we forget that there is a world outside of Gainesville that may not be as safe for us all.” 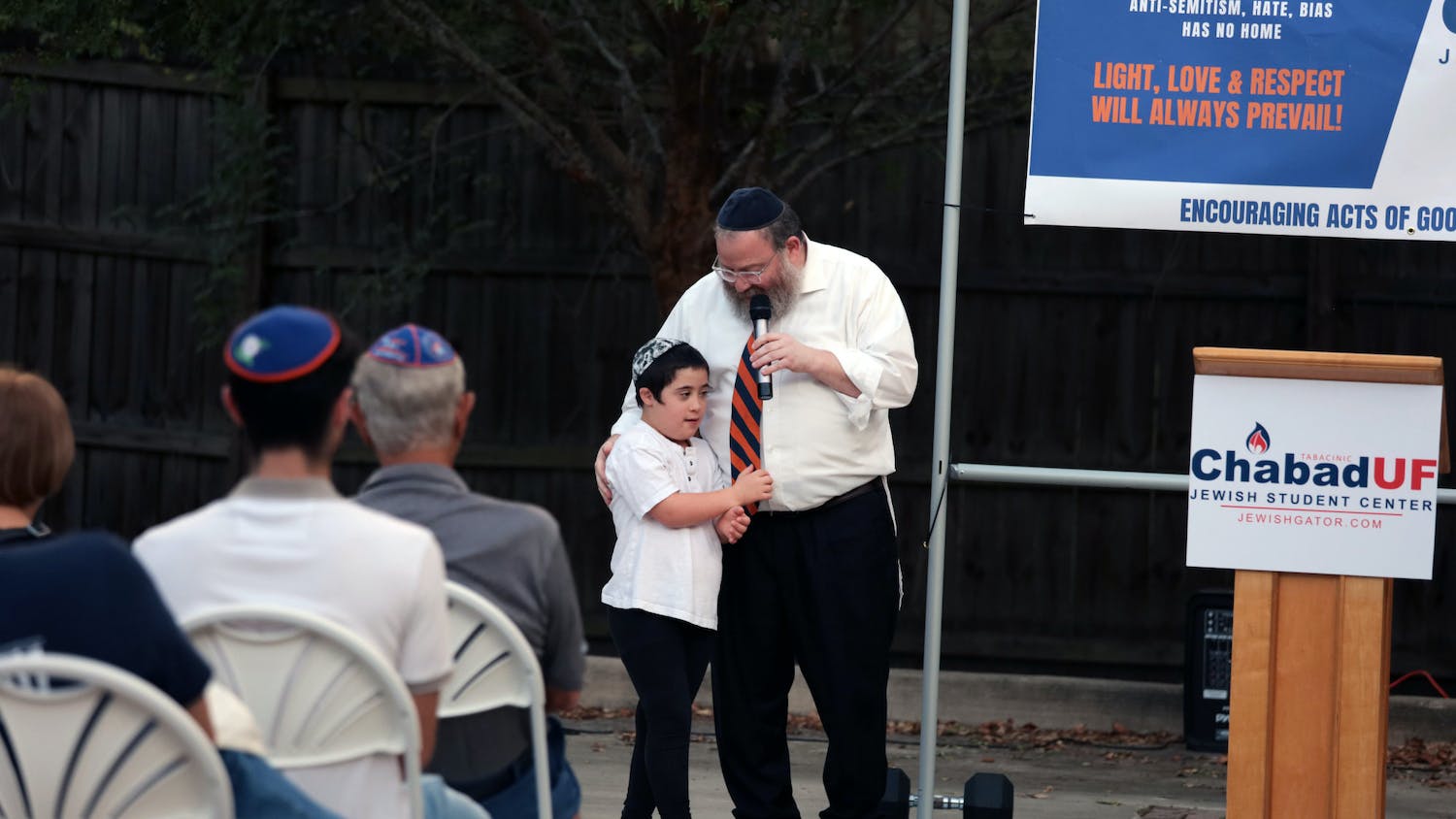 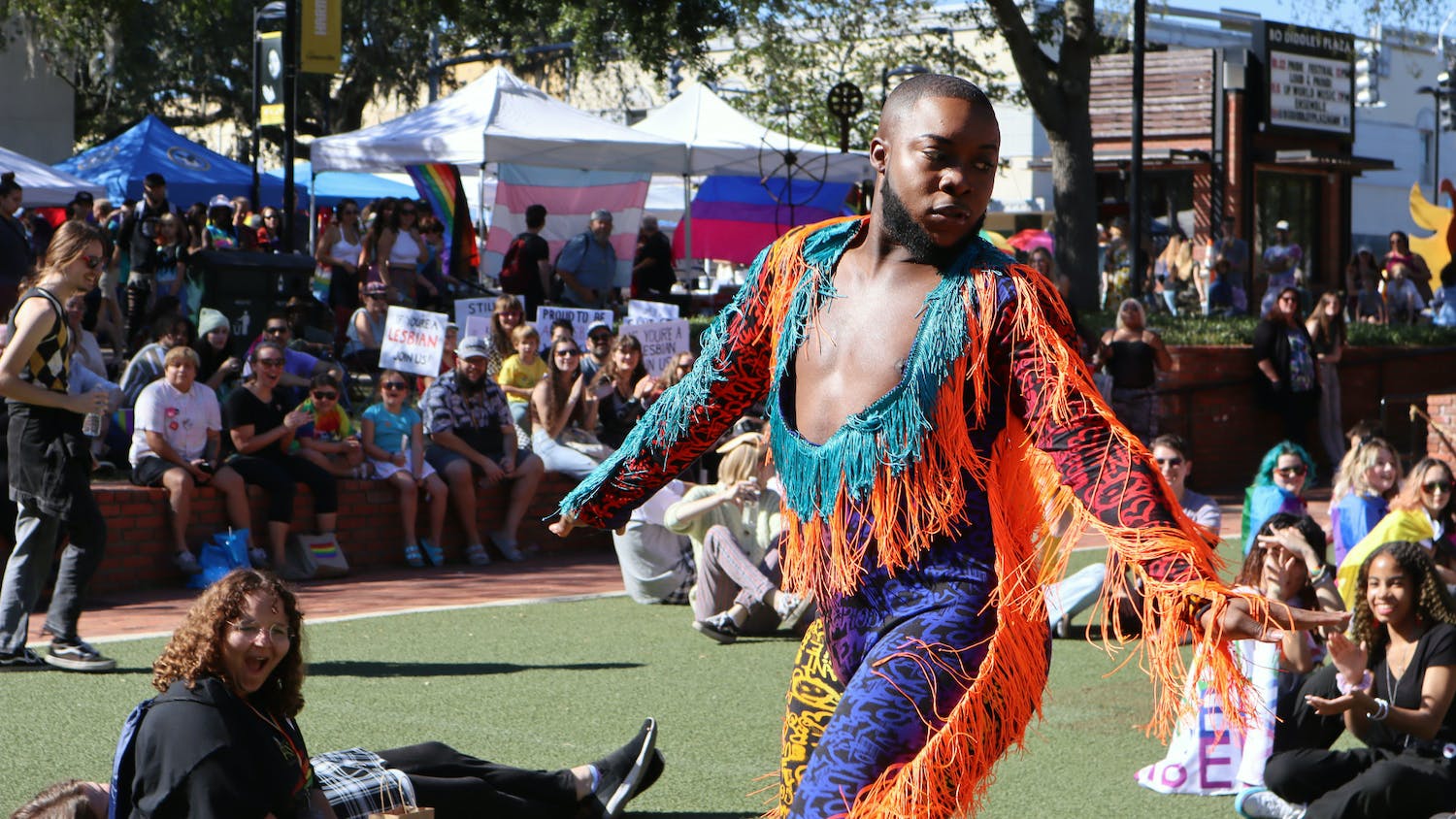 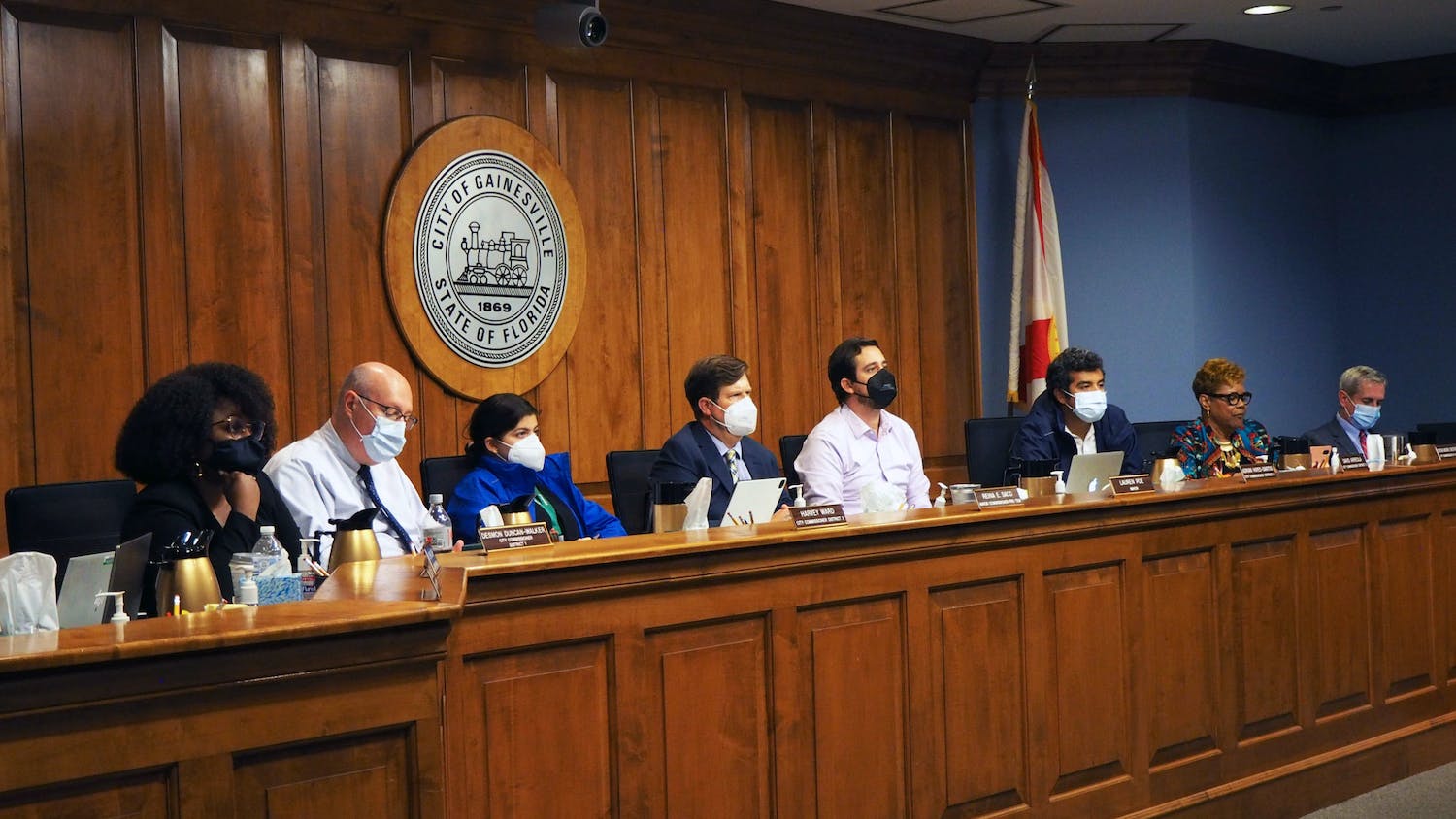