We, the Change Caucus, would like to update the readership of The Independent Florida Alligator on recent news from the UF Student Senate. On Nov. 13, the UF Senate Judiciary Committee moved to indefinitely postpone the Change Caucus-authored articles of impeachment against Student Body President Lauren Lemasters.

“Postponing indefinitely” is a trick used by the Judiciary Committee, the committee entrusted to review all legislation, to circumvent having to fail legislation on its own merits. This meant the impeachment wasn’t to be voted on Tuesday, Nov. 15, on the Senate floor. As of now, the committee is composed solely of Gator Party-elected officials, eight of whom were present Nov. 13.

Change Caucus senators pushed forward because we believe strongly in our articles of impeachment, especially after a condemnation written by Change Caucus was passed unanimously in the Senate less than a month ago. This meant every single Judiciary member present voted in support of the legislation.

As co-equal branches of government, Change Caucus believes it’s the Senate’s duty to hold the student body president accountable for their actions, especially when those actions are as consequential as appointing someone as unqualified and problematic as Sen. Ben Sasse to the highest position at UF.

And so Nov. 15, in light of this Gator blockade, we used our increased presence in the chamber, thanks to you, the voters, to force impeachment onto the Senate floor.

During debate, the Judiciary Committee alluded to their legislative recommendations should be held to high regard, and not be reconsidered. The insinuation that senators should blindly follow the recommendations of committees is undemocratic, authoritarian and mirrors the core issue that caused Change Caucus to write the articles of impeachment in the first place.

But of course, the real message behind the committee’s sentiment is they have been historically afraid to hold the Student Body President, elected with their own party, accountable for their decisions.

Senate President Olivia Green shut down corrective motions from Change senators. She claimed we were disrespectful by asking clarifying questions and threatened to give us a warning. Warnings are disciplinary offenses that are granted to senators. After three, you are ruled absent. This indisputable tool of the majority party-elected leadership is a dangerous method of discipline that has previously been used against minority parties to force members to give up their seat.

If student leaders cannot be held accountable by their peers, if attempts to create checks and balances are struck down, the student body is left with nothing but an illusion of representation.

At this point, we don’t know who we are most uncomfortable with; the student body president who selfishly projected her personal bias, the cowardice of the Judiciary Committee for their failure to put their top five campus over their party or the leadership of a Senate President who would rather be a barrier to democratic procedures than humbly accept correction.

As Change Party-elected senators continued to take the first steps in accountability measures, we saw Gator Party-elected Senators get more and more uncomfortable showing their teeth. Their inability to allow the impeachment on the floor is appalling. Their eagerness to save face as they provide toothless apologies and condemnations of Lemasters to the student body shows when defending this campus by holding their own accountable, Gator’s biggest fear is to bite. 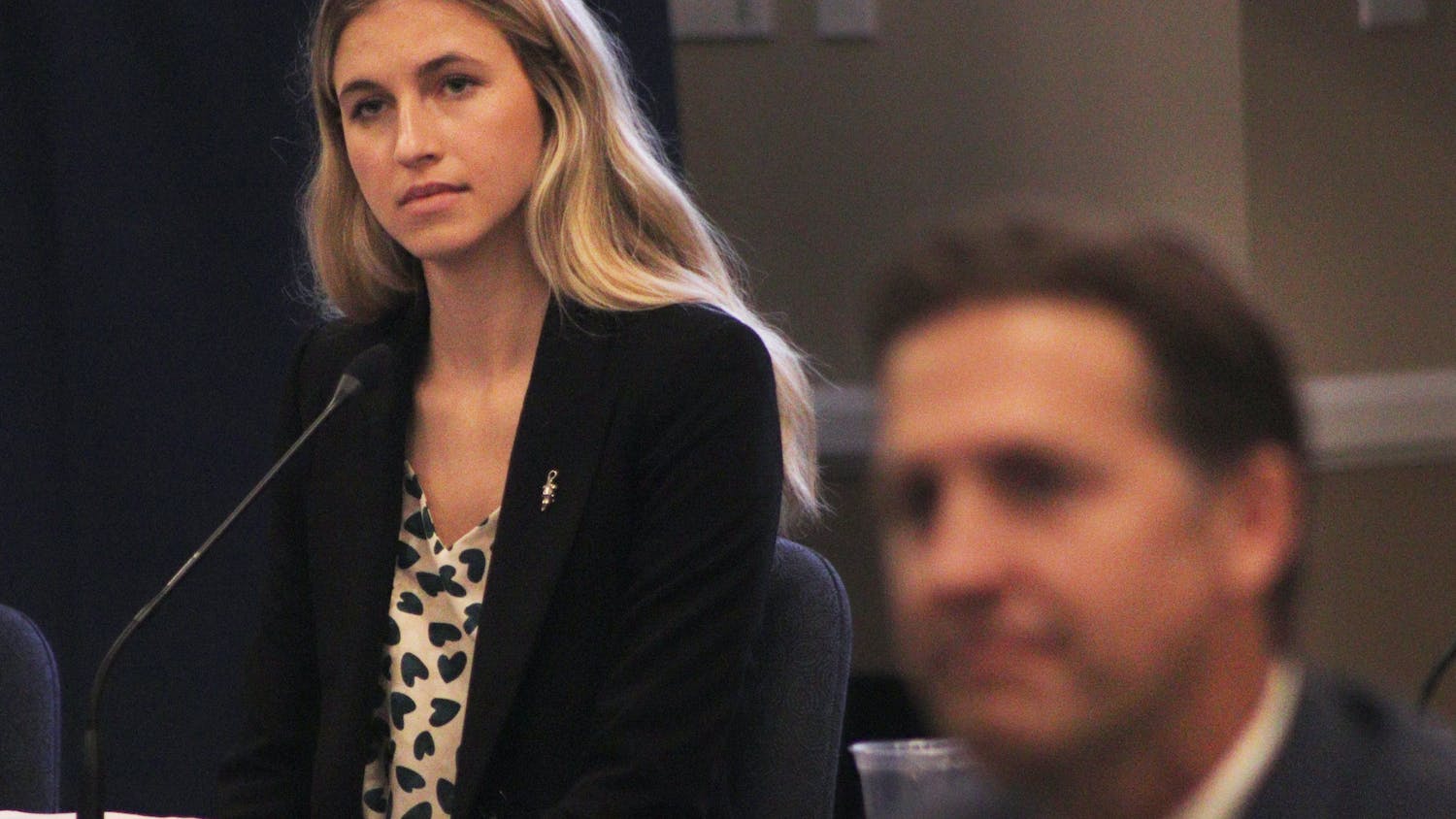