She did not disappoint.

Beginning an impressive outing, graduate student outside hitter Caroline Meuth quickly responded with two kills of her own.

The Aggies struggled to control the serve, however, allowing sophomore outside hitter Merritt Beason to propel the Gators to a 8-4 lead.

Texas A&M struggled mightily to regain possession with a 0.061 hitting percentage, inhibiting them from stringing a scoring run together and matching their Florida counterparts. With their backs to the wall, Aggies head coach Laura Khun called her first timeout of the set, down 19-14.

Immediately following the stoppage, Stucky retained the Gator’s hold on the contest, with a savvy tip in between the Aggies defense.

Stucky continued to make crucial plays, with a diving dig to set up a monstrous Beason kill. Florida claimed set one 25-18.

Beason picked up right where she left off with a ferocious block to open up the second set.

The Gators struggled to pull away, as a service error by freshman libero Emily Canaan evened the score at two.

Upon regaining possession, Beason began an assertive 11-0 run behind her four service aces and gave Florida the lead, 14-3.

Khun called her first timeout of the second set, hoping to rectify the situation.

Consequently, Texas A&M was able to cut into the Gators’ momentum behind two kills from sophomore outside hitter Mia Johnson, but it ultimately wasn’t enough.

Florida continued to hold strong on the back of Beason, who’s contribution of fifteen total kills allowed the Gators to secure set point.

Following a near silent set two, Meuth set the tone early for the Aggies with a forceful kill from a sophomore libero Brooke Frazier assist.

The break proved to be of no use to the Gators, as Meuth added to her 17 kill performance by placing the ball out of Stucky’s reach.

Consecutive errors by Canaan and Essix served as a microcosm of Florida’s sloppy set three performance. With nine errors in total, the Gators struggled to establish a coherent offensive attack.

Florida wasted no time running out to an early lead in set four, behind two well-placed kills from Victoria. However, the Aggies responded with two more kills by the dominant Meuth.

The back and forth affair would continue until Essix, again, shifted momentum for the Gators. Her two big kills bounced array off of Aggie blockers. The Gators led 12-11 halfway through set three.

Victoria also contributed in the short run by the Gators with two kills of her own, giving her a tally of 13 kills on the evening.

Looking to assert themselves on top of the SEC, Florida hosts No. 19 Kentucky Saturday at 4 p.m. The match will stream on SEC Network+. 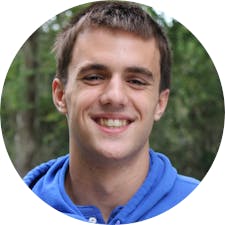 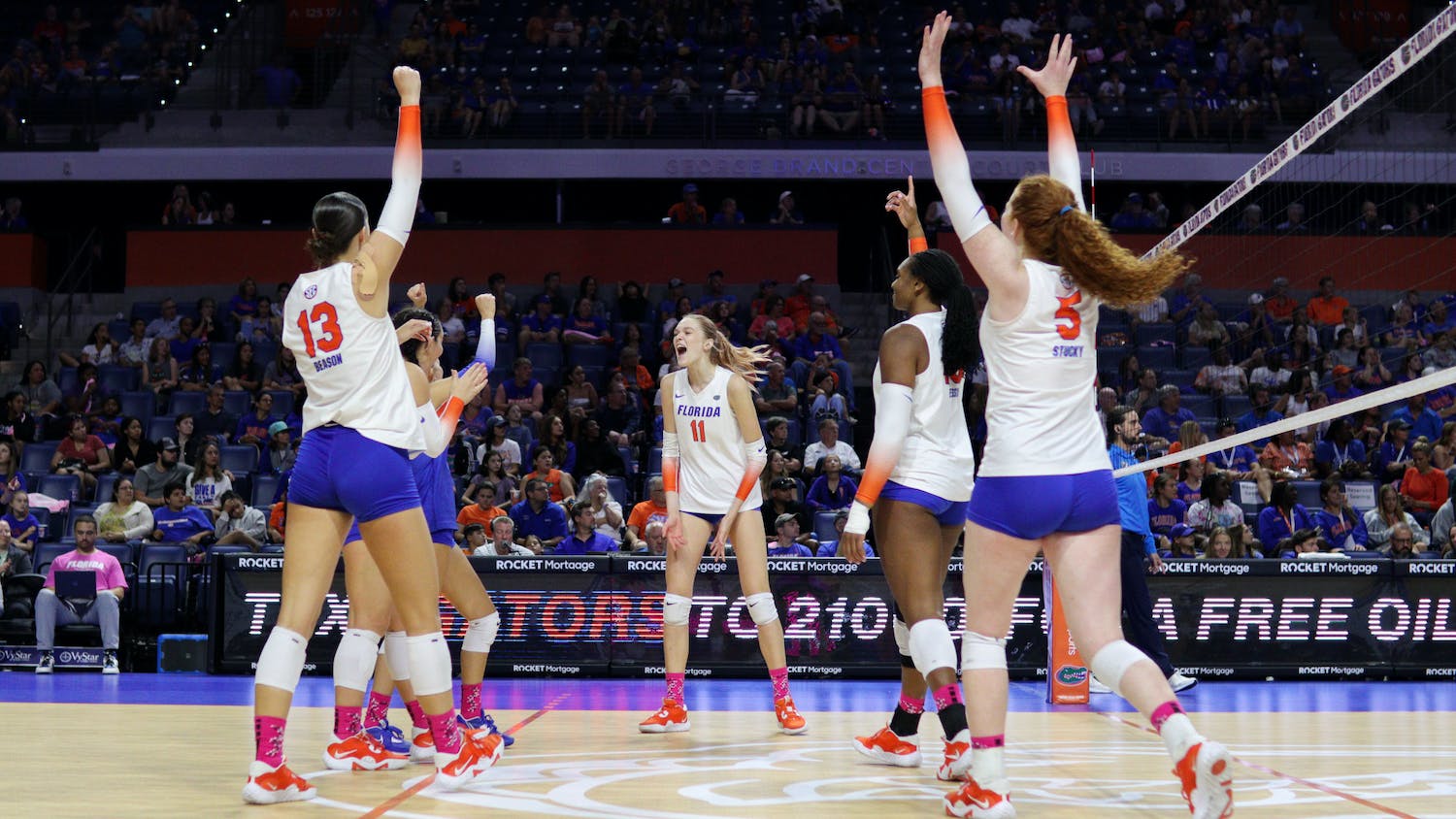 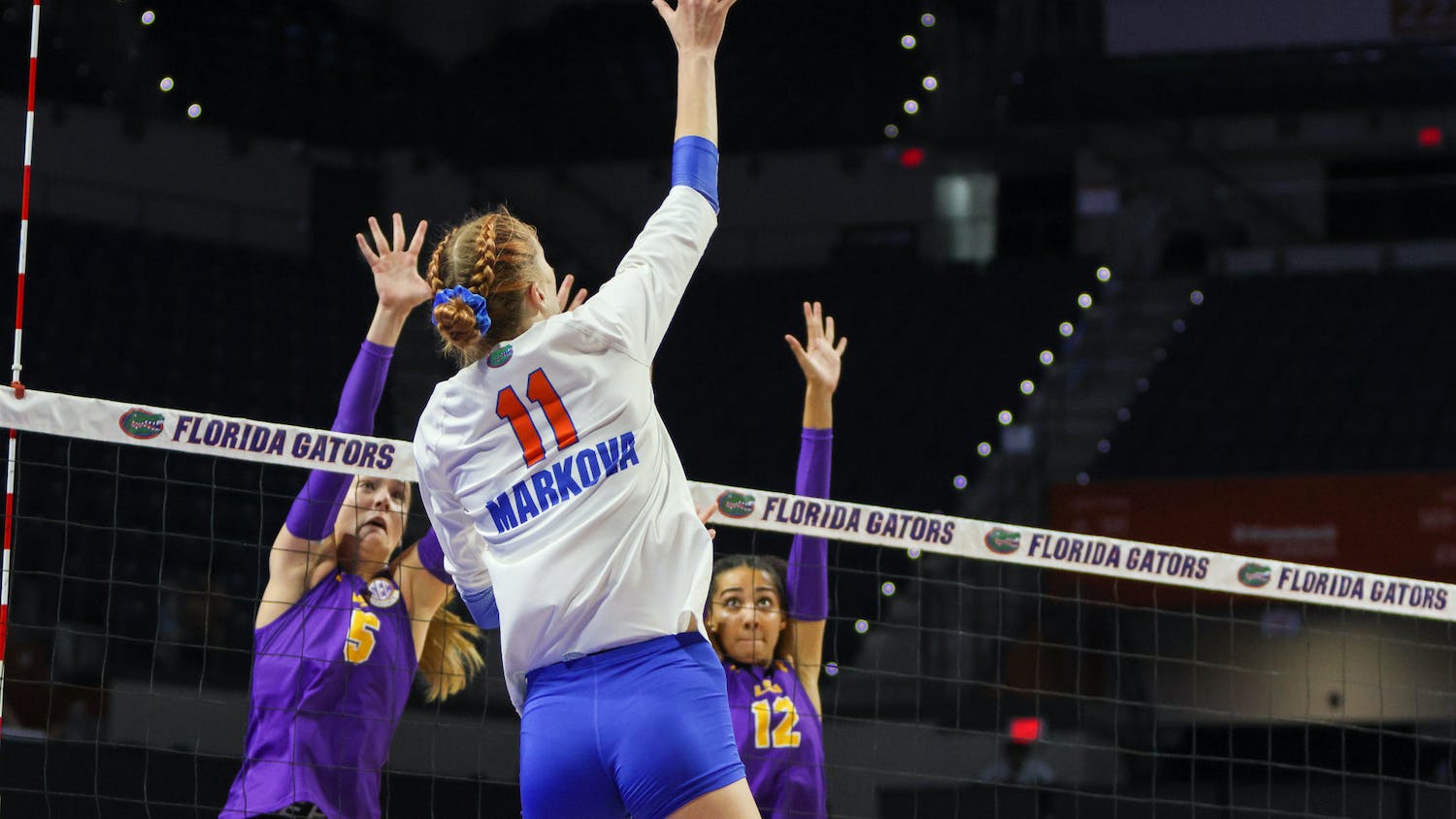 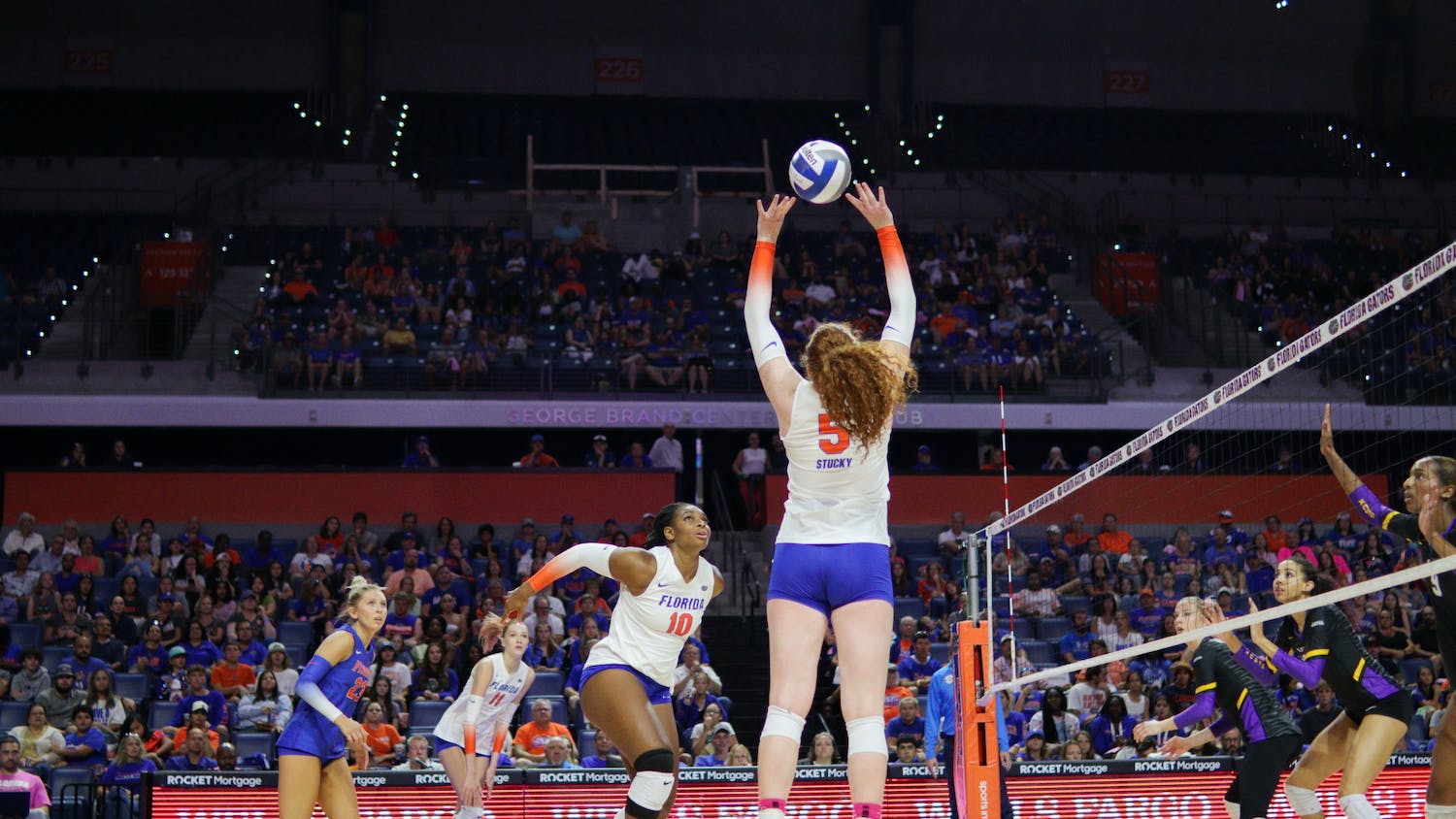 No.13 Florida finishes trip to Starkville with another sweep against Mississippi State