Eight drag queens competed for the best ugly haute couture look during the University Club Drag Race (UCDR) show Monday night. The show featured performances by two co-hosts and the reigning champion from a previous drag race. There was also a cake-eating competition and lip sync battle to determine which drag queen would not be returning to compete in the show next week. 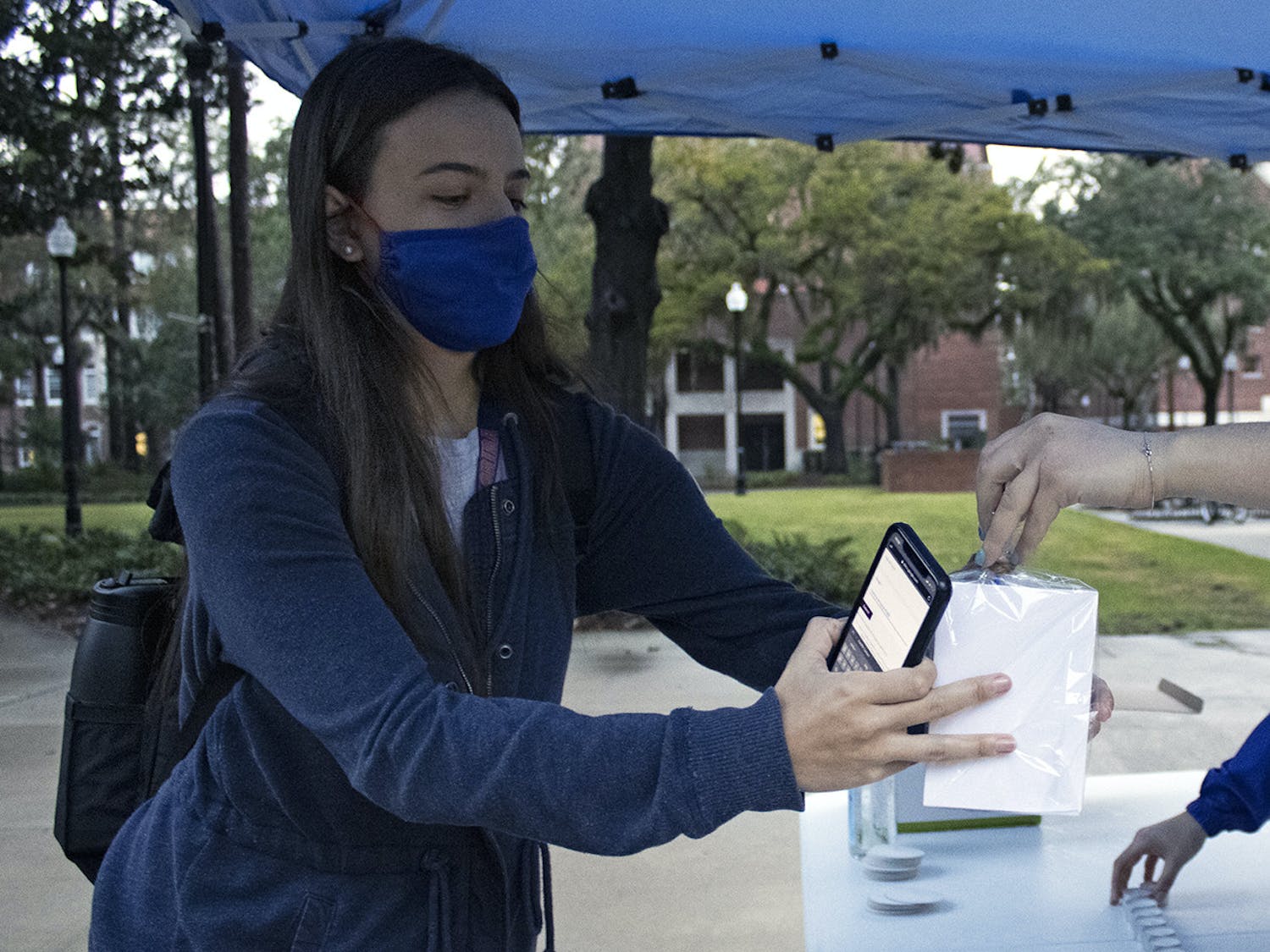 Three years after the shooting at Marjory Stoneman Douglas High School in Parkland, Fla., UF students and Gainesville residents gather at the Plaza of the Americas to remember and honor victims on Sunday, Feb. 14, 2021. 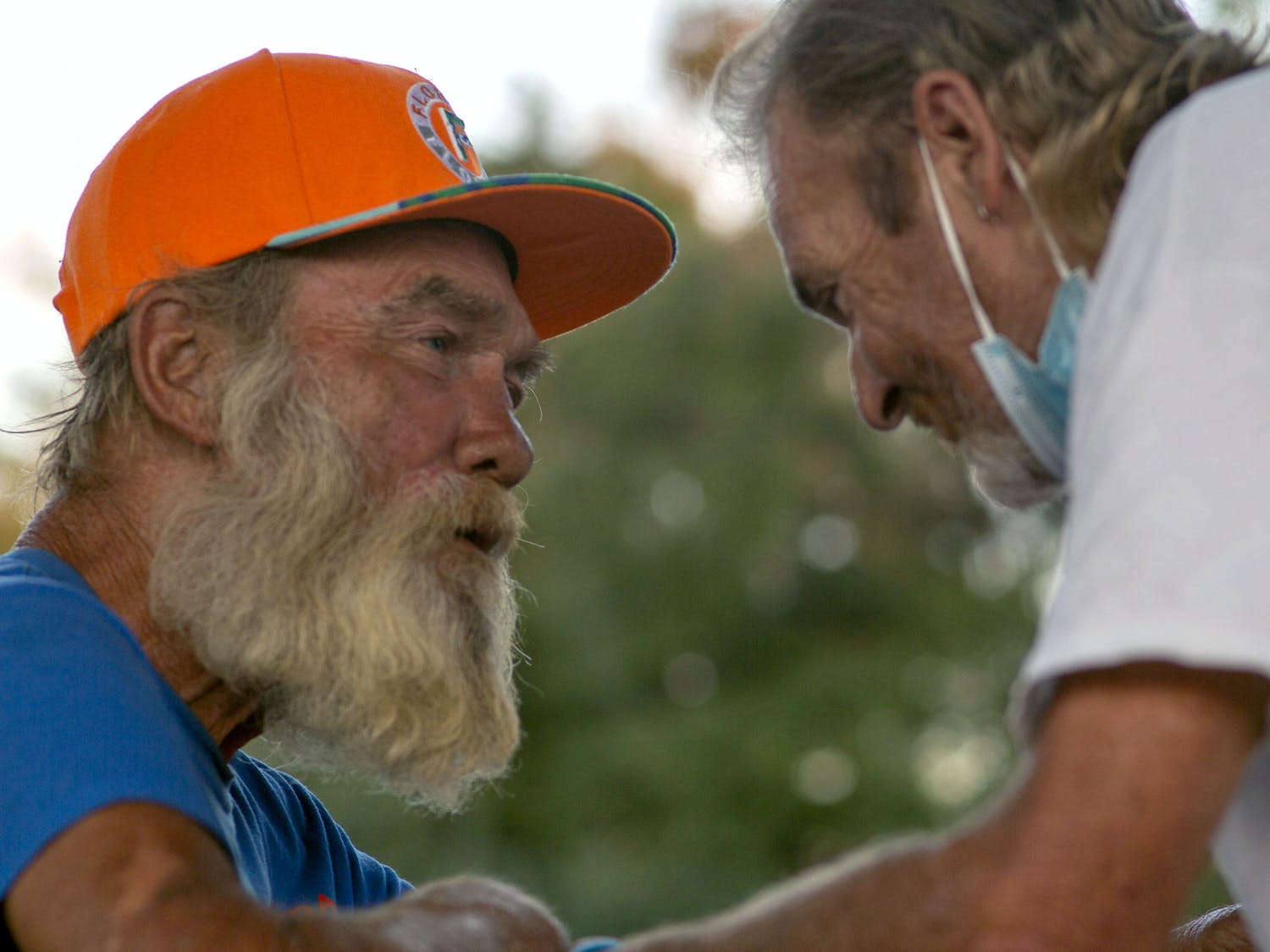 The Corner of Support

THE CORNER OF SUPPORT - For panhandlers like Mike and Sheldon, their days of standing on Gainesville’s medians may be coming to an end. City officials concerned about pedestrian safety have proposed rules banning people from standing that close to traffic while soliciting donations. Mike and Sheldon share the intersection at SW 13th Street and SW 16th Avenue to make ends meet. Despite the hard times, they count on each other for friendship and support. Photos by Kasamba Kokayi, 21, a former UF journalism major who graduated in December 2020. 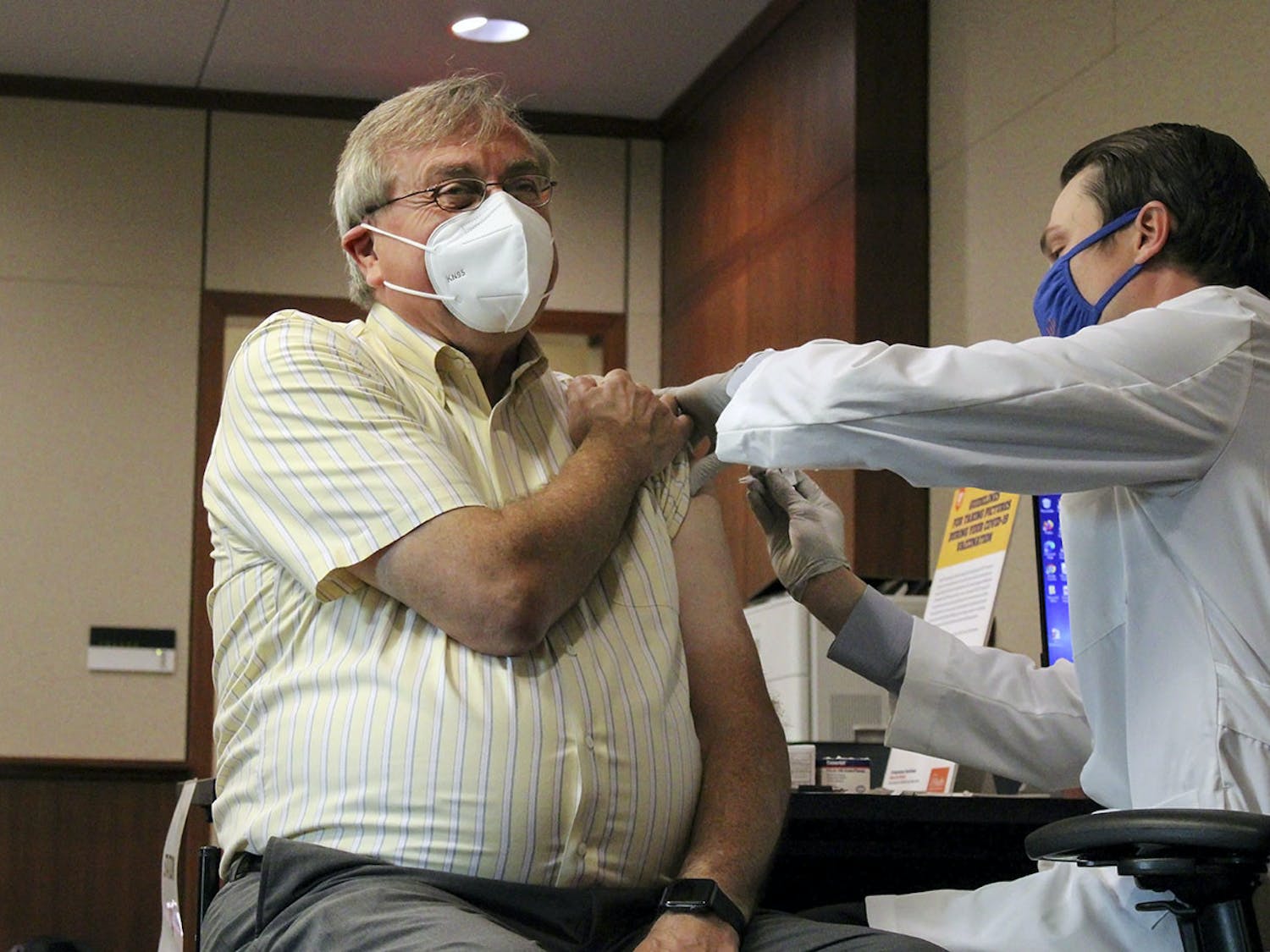