Gainesville currently has an ordinance that prohibits panhandling, but it is not enforceable due to free speech. The laws might change soon after a panhandler was struck and killed in April. Gainesville city commissioners have said the new ordinance won’t incriminate panhandlers but intends rather to limit where the activity is allowed in order to keep them safe and avoid another fatal accident. Some Gainesville residents, like William Irmen, a 54-year-old homeless man, rely on panhandling in these spots for consistent income. 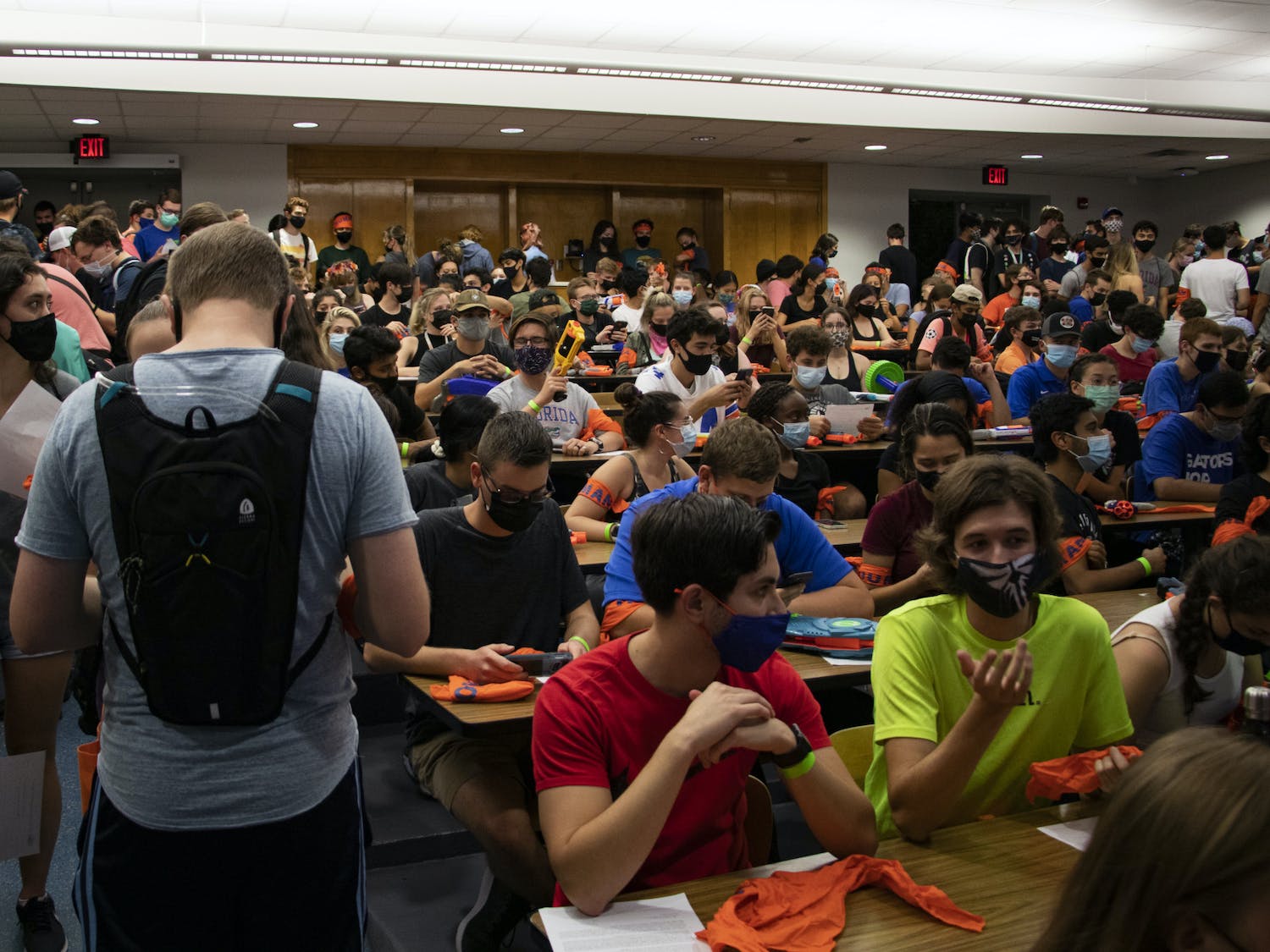 "Escape the Underworld": a Nerf War Hosted by Gator Humans vs. Zombies

Gator Humans vs. Zombies hosted the Escape the Underworld Lock-in Game, a Greek mythology themed game of nerf tag, on Saturday, Sept. 11, 2021. Zombies could turn humans by tagging them with their hand or a power-up, while humans could stun zombies temporarily with a nerf gun or other valid ammunition. The rules briefing started after 9 p.m. at Weil Hall. The game started after 10 p.m. and lasted until around 1 a.m., when they regrouped to start a second match. There were several puzzles for humans to solve set up outside, with pieces hidden inside Florida Gymnasium. Only up to 90 people were allowed inside at a time. Members of the club were at Florida Gymnasium setting up for the game since 11 a.m., Logan Kraus, a member of the club for five years, said. About 250 people showed up for the first game of the night. They were required to bring proof of vaccination and wear a mask the whole time. Kraus said it was the biggest game since 2013. The club was given a $10,000 budget by UF, which funds the lock-in game and a week of mini challenges, among other things. 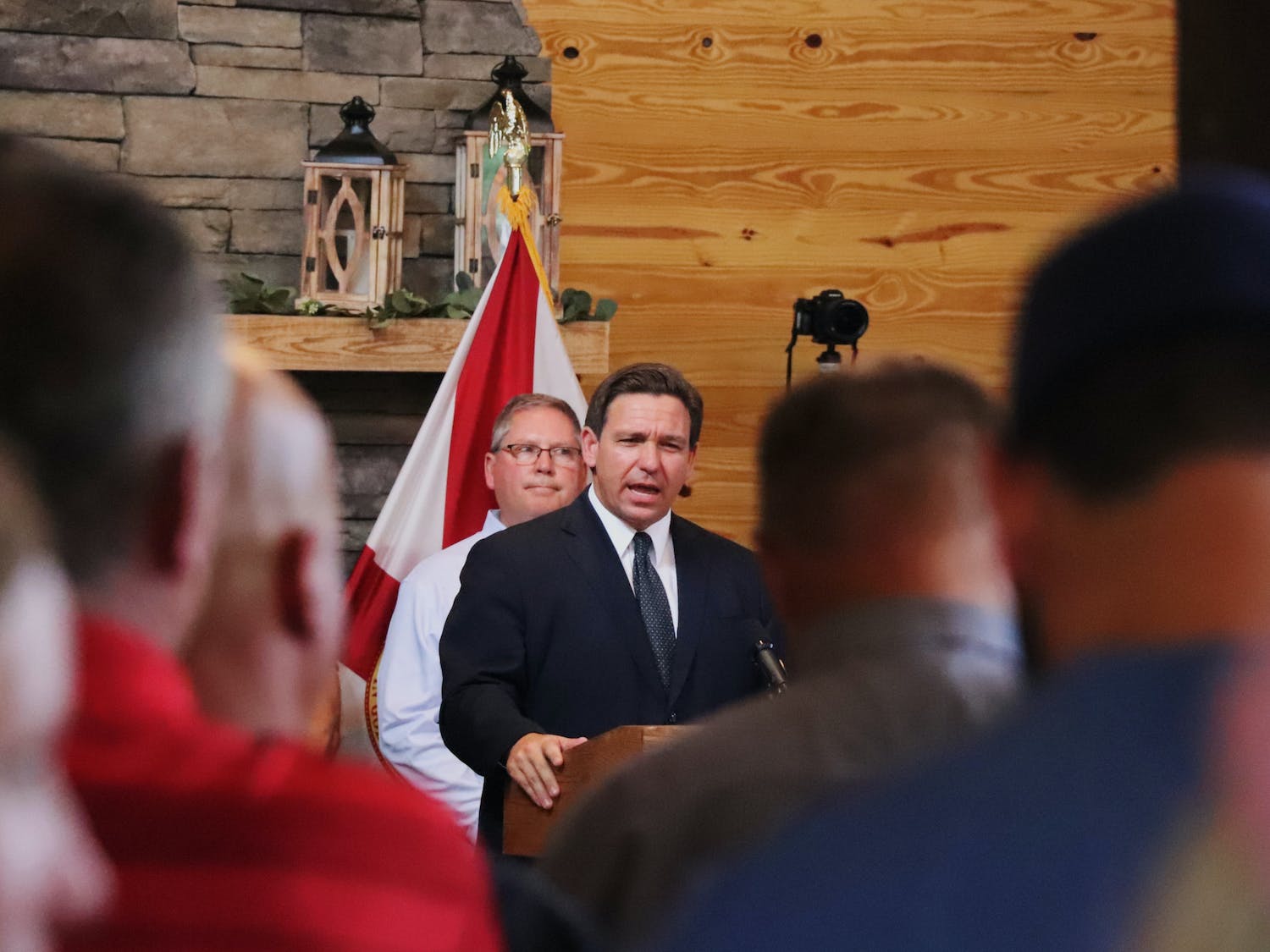 Gov. Ron DeSantis visited Gainesville for two different press conferences on Monday, Sept. 13, 2021.  DeSantis, Attorney General Ashley Moody, Alachua County Rep. Kat Cammack and more government representatives held a press conference at the Clark Plantation Wedding Venue in Newberry, Florida. The representatives spoke to a group of over 200 Gainesville city employees from different city agencies, including Gainesville Police Department, Gainesville Fire Rescue and more. The group of employees filed a lawsuit against the City of Gainesville for mandating vaccines for all its employees. All speakers spoke out in support of the plaintiffs in the lawsuit. DeSantis also visited Emerson Alumni Hall to talk about UF's top five public university ranking. 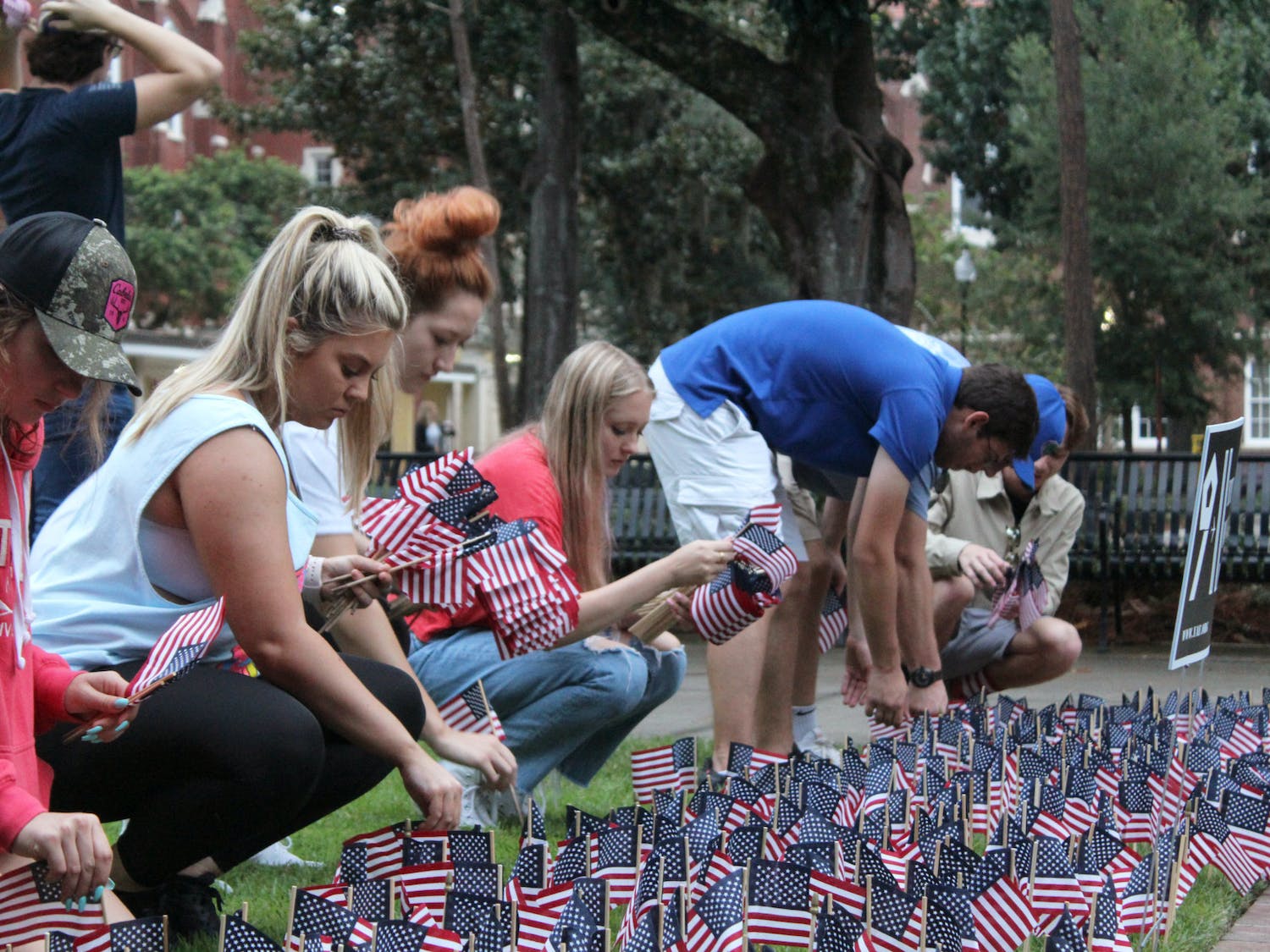 On Saturday, Sept. 11, 2021, city residents and university members across Gainesville commemorated what happened on 9/11, 20 years ago. UF Young Americans for Freedom planted 2,977 flags in the ground to represent the lives lost. About 50 people gathered at Reserve Park to share stories about how 9/11 impacted them. Collegiate Veterans Society members, firefighters and friends met at Ben Hill Griffin Stadium to climb the steps to honor those who climbed the tower stairs and saved thousands of lives.