A UF department chair resigned earlier this month following accusations that he had sex with students.

Michael T. Garrett, 39, former chairman of the counselor education department in the College of Education, submitted his resignation in late September and officially resigned Oct. 2.

UF learned of the allegations in early September and launched an investigation but dropped it when Garrett left.

As a result, UF made no decision on whether the allegations were credible.

Even so, UF spokeswoman Janine Sikes said UF would probably not rehire Garrett and would tell other potential employers the same.

"The university condemns and, in fact, prohibits relationships between faculty members and students they supervise," Sikes said.

Officials in the education college held an open meeting Monday night where they discussed the situation and read statements from students who had been romantically involved with Garrett.

"I have sadly come to learn in the past couple of months that there are several other students who simultaneously shared that false hope and trust in Michael, believing as I did that they were involved in an exclusive, intimate, committed relationship," a statement read, according to an article on InsideHigherEd.com. "Those students, consequently, are also experiencing intense pain right now."

The article quotes three anonymous students who said they had intimate relationships with Garrett, two of whom admitted having sex with him.

One former student said she had sex regularly while she was enrolled in his class. Another told Inside Higher Ed that she exchanged nude pictures with him.

"His classes were intimate," one student said in the article. "We exposed really personal stuff, and he would continue to talk to us about personal stuff. That's what he initiated contact with."

E-mails and a voicemail message requesting comment from Garrett were not returned Thursday.

One former student and teaching assistant of Garrett's said she was shocked to hear about the allegations against him when contacted on Thursday.

"He was one of the best professors I had ever had," said the recent UF graduate, who wished to remain anonymous.

She said Garrett was always very professional and conceded that she could see how some female students might have felt an attraction for him, but she never thought he would cross the line with any of them.

Another former student, Amy Mazak, also said the allegations came as a surprise and that Garrett was one of her favorite professors.

"He talked about his family a lot in class, and I even met his young son on several occasions," Mazak wrote in an e-mail. "His son was the world to him, that was obvious."

Garrett, who was hired in 2006, was on the fringes of another scandal earlier this year when UF investigated the abuse of university credit cards, known as purchasing cards.

UF learned that an employee in his department had been sharing her card, a violation of university policy, with other members of the department, including Garrett.

The employee had her card canceled, but UF decided not to take any action against Garrett.

According to a biography on the UF Web site, Garrett has authored dozens of articles and book chapters, many about the counseling of Native Americans.

Garrett, who was paid about $106,000 at UF - according to salary information from March - grew up on a Cherokee Indian reservation in western North Carolina. 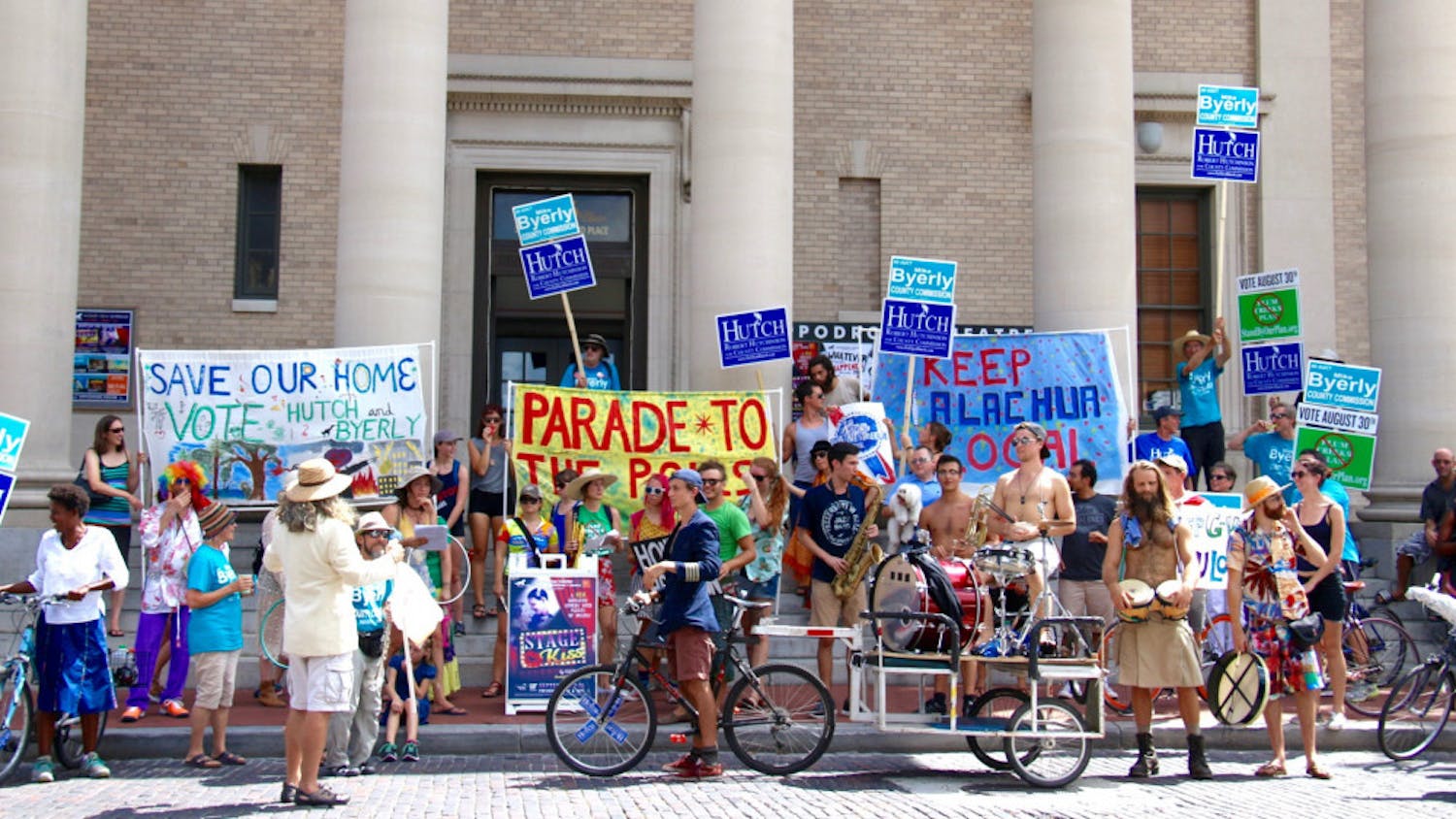 Voters march through the city in inaugural Parade to the Polls 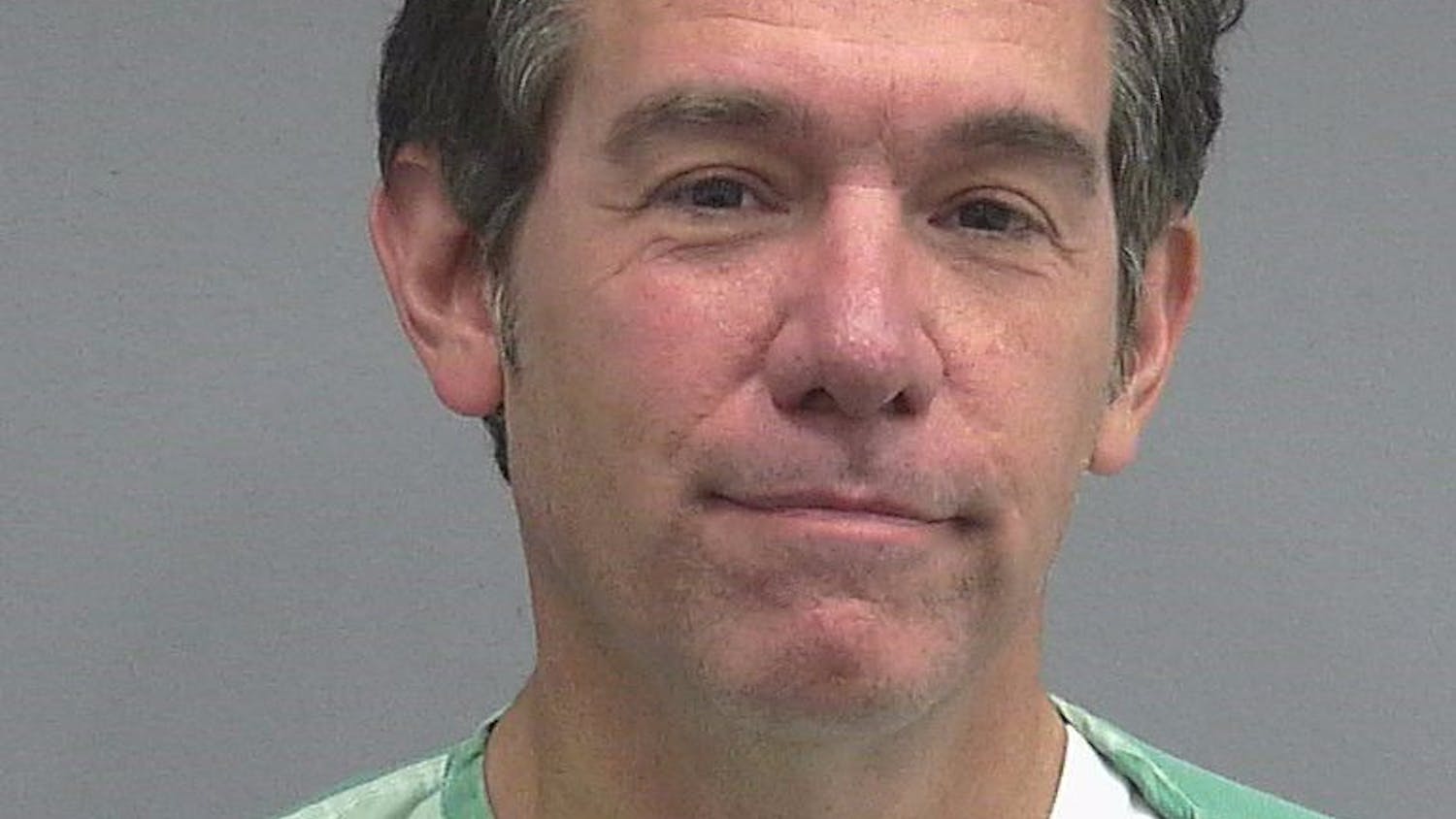