Jernigan to hold off commitment until after season

Some high school recruits rush through the recruiting process and verbally commit to schools long before National Signing Day.

Timmy Jernigan isn’t one of those recruits.

The four-star defensive tackle from Lake City Columbia High is taking his time in making his college decision and will wait until after this season to announce his commitment.

Jernigan, the No. 3 defensive tackle in the nation according to Rivals.com, has scholarship offers from some of college football’s most storied programs and is considering UF, FSU, LSU, Alabama and Michigan.

On Friday, Jernigan showed why so many colleges are vying for his signature on a letter of intent when February comes around.

In his team’s 22-14 win against visiting Buchholz High, Jernigan recorded five tackles and forced a timely fumble that ended a promising Buchholz drive in the second quarter. But he was also held to just 25 yards on six carries in what he described as a frustrating game for him, although his team left the field with a victory.

“I’d say it’s probably one of the worst games, mentally, I’ve played,” Jernigan said. “I made a couple good plays offensively and defensively. … It wasn’t a good game mentally, though.”

Despite being flagged for jumping offsides three times and drawing a personal foul for roughing the passer late in the fourth quarter, Jernigan dominated the opposing team’s offensive line on several occasions Friday. On one play, he blew through the line to help his defense stop Buchholz on a fourth-down run near the goal line late in the game.

Even though Jernigan is one of the most sought-after recruits in the state, he isn’t tipping his hand about which school he is leaning toward.

“Everything’s pretty much even with me right now,” Jernigan said. “When it first started, [UF] and Florida State kinda jumped right ahead of everybody, but everything is kind of even right now because I realize you gotta make the best decision for yourself, not anybody else.”

While UF and FSU were Jernigan’s early leaders, LSU’s stock appears to be rising for the 6-foot-2, 275-pound defensive tackle. He said he felt at home when he visited LSU, one of the biggest factors for him in ultimately making his college decision.

“I want to feel like I’m home,” Jernigan said. “I want to have a chance to play and, most of all, I want to come out of there with a degree.”

With a big decision looming for Jernigan, and each of his top five choices in a dead heat for his services right now, he said he plans on attending at least one game involving each of the schools, including the UF-Alabama game Oct. 2 in Tuscaloosa, Ala., the LSU-UF game in Gainesville on Oct. 9 and games at Michigan and USC.

But before he makes his final decision, Jernigan wants to keep his mind set on his senior season at Columbia. 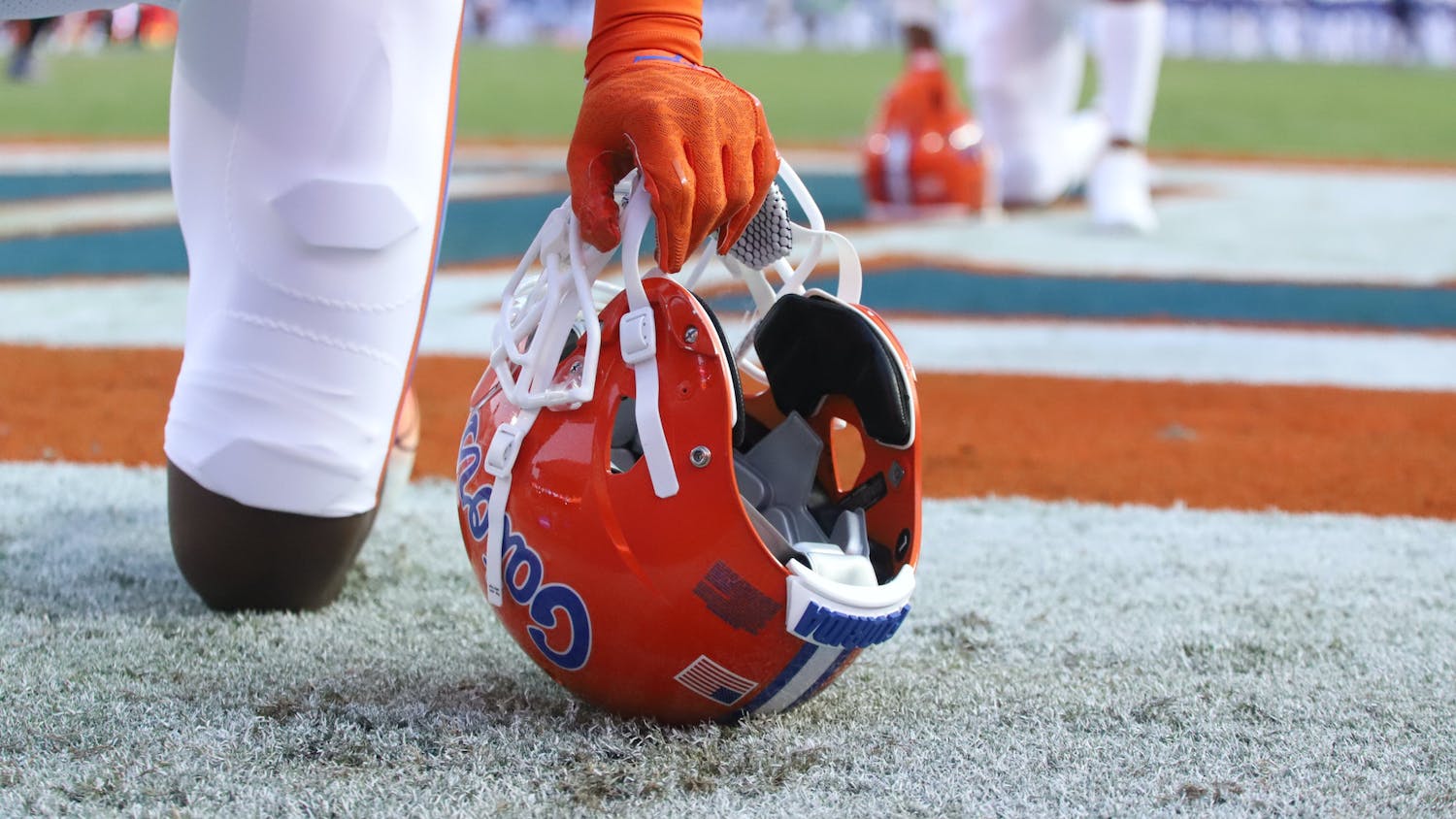