Media humanize Colorado theater shooting suspect because he is white

This past weekend, crowds excitedly filed into movie theaters filled with anticipation for the premiere of “The Dark Knight Rises.”

Several minutes after midnight on July 20, the premiere of the film began. In Aurora, Colo., moviegoers’ viewing was cut short when James Holmes, dressed in what looked like SWAT team armor, allegedly burst into a theater and let loose rounds of ammunition into the crowd.

Every newspaper and media outlet had headlines about the costumed gunman and the violent plan he had just executed.

However, an interesting trend occurred as I read each article about the tragedy.

Holmes wasn’t described as a murderer or cold-blooded killer.

Many articles described him as a shy and hard-working student.

They elaborated on the Ph.D. research project he was involved in and had quotes from peers who were shocked by his behavior.

The LA Times had a tagline that read, “Was James E. Holmes a brilliant loner? A nice guy with circles of friends? A stubborn near-dropout? ...”

What the media is doing is humanizing the murderer that is James Holmes.

By simply saying he was unstable and going through a rough time, the media is softening the impact of his actions.

They are hoping that we’ll reach the conclusion that James Holmes is just a guy who was pursuing his Ph.D, kept to himself and just cracked under the pressure.

It’s correct to say that Holmes was not in his right mind when he set out toward the theater that night.

Yet why is Holmes being humanized and labeled as “mentally unstable” while others are branded with much harsher names and in turn end up bearing full responsibility for their actions?

Imagine if he had been a black man. What would the narrative have been?

Would they have described him as shy? More than likely the news media would have used an uglier word.

Imagine if the shooter had been a Latino. What would they have speculated upon? The question of his immigration status would have likely slipped into the narrative.

Imagine if the man had been from the Middle East.

We all know what label would be written right under the mug shot.

As an example of this different treatment, one can look at the recent Miami “cannibal” incident.

In a recent article, it was reported that Rudy Eugene was not high on bath salts, and the only drug found in his system was marijuana.

However, that hasn’t stopped the media from calling him the Highway Cannibal, despite only having chewed off a man’s face and not having ingested it.

Even after the new evidence in the case, Eugene has not had the privilege of being called “mentally unstable.”

What’s the main difference between Holmes and Eugene?

Bluntly put, Holmes is a white man while Eugene is a black man.

One can find countless other examples. Trayvon Martin was murdered, and yet the media was gleeful when trace amounts of marijuana were found in his system.

It’s shameful how the mainstream media will use rhetoric to manipulate tragedies that take place in our nation.

I want to give my deepest condolences to the injured, their families and the mourners.

The shooting reminded us of the fragility of life and how even when we think we’re safe, danger could be hiding in the shadows.

Don’t let the softened rhetoric of the mainstream media diverge attention from the man who is James Holmes.

Michela Martinazzi is an art history junior at UF. Her column appears on Tuesdays. You can contact her at opinions@alligator.org. 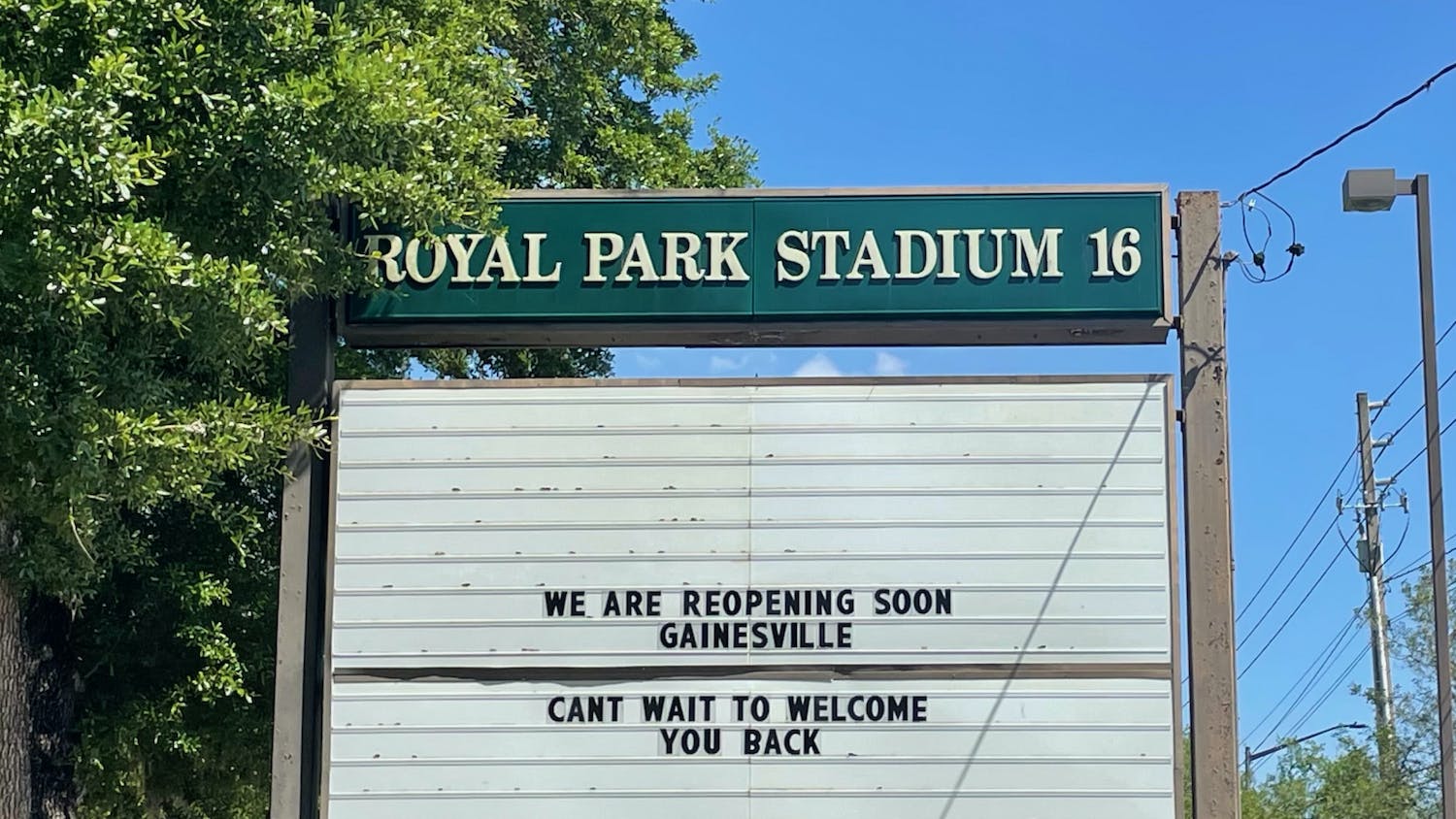 Can reopening theaters give the film industry a fresh start?