Between the Pages: "Inferno" review

Nothing says “Buongiorno! Welcome to Florence!” like a head wound and a bout of amnesia, am I right? Not to mention here comes a spiky haired assassin, Lisbeth Salander! Cue the explosions, car chases and brute force power to get our hero out of any sticky situations…

But this isn’t a cheap Hollywood action flick. Robert Langdon’s specialty for evading trouble comes in the form of his quick wit and academic expertise. In Dan Brown’s “Inferno," the Harvard professor of religious symbology teams up with an attractive young doctor who holds a dangerous secret. Throw in a deadly plague, the World Health Organization, and the rich history of the ancient cities of Italy and Brown mixes the perfect infectious tale that fuses religion, science and art.

When billionaire genius Bertrand Zobrist’s maniacal views on overpopulation lead Langdon to wake up in Florence with no memory, armed assassins and swat teams searching for him, and a strange tube hidden in his jacket pocket, he finds a companion in doctor Sienna Brooks as they follow a trail of clues leading them through Florence that all relate to Dante and his famous "Divine Comedy." As they try to decipher the “La Mappa dell’Inferno” image the projector in Langdon’s jacket pocket emits, a clock ticks towards the release of Zobrist’s plague that he claimed would save humanity, echoed by Dante’s famous quote, “The darkest places in hell are reserved for those who remain their neutrality in times of moral crisis."

Throughout the novel Brown once again amazes his readers with cryptic puzzles that surprise and excite. He provides a look into an emerging field known as “Transhumanism” in which its proponents advocate the genetic manipulation of the human genome to create a new evolutionary process in which we can choose to enhance certain traits or abilities. Although his fictional accounts of the adventures of Langdon across the capitals of Europe continue to sell out and peak the tops of bestseller lists, Brown never fails to bring into light social issues in his novels, such as that of overpopulation in “Inferno." He parallels the horrors of Dante’s hell, or Inferno, with the evils that will accompany a planet unequipped to sustain its population. Without much hyperbolic “doomsday-esque” scares, he manages to bring this issue to the masses. And this feat brings him to the “Paradiso” of readers and reformers alike

Florence was a warning: Gators must prepare for hurricanes 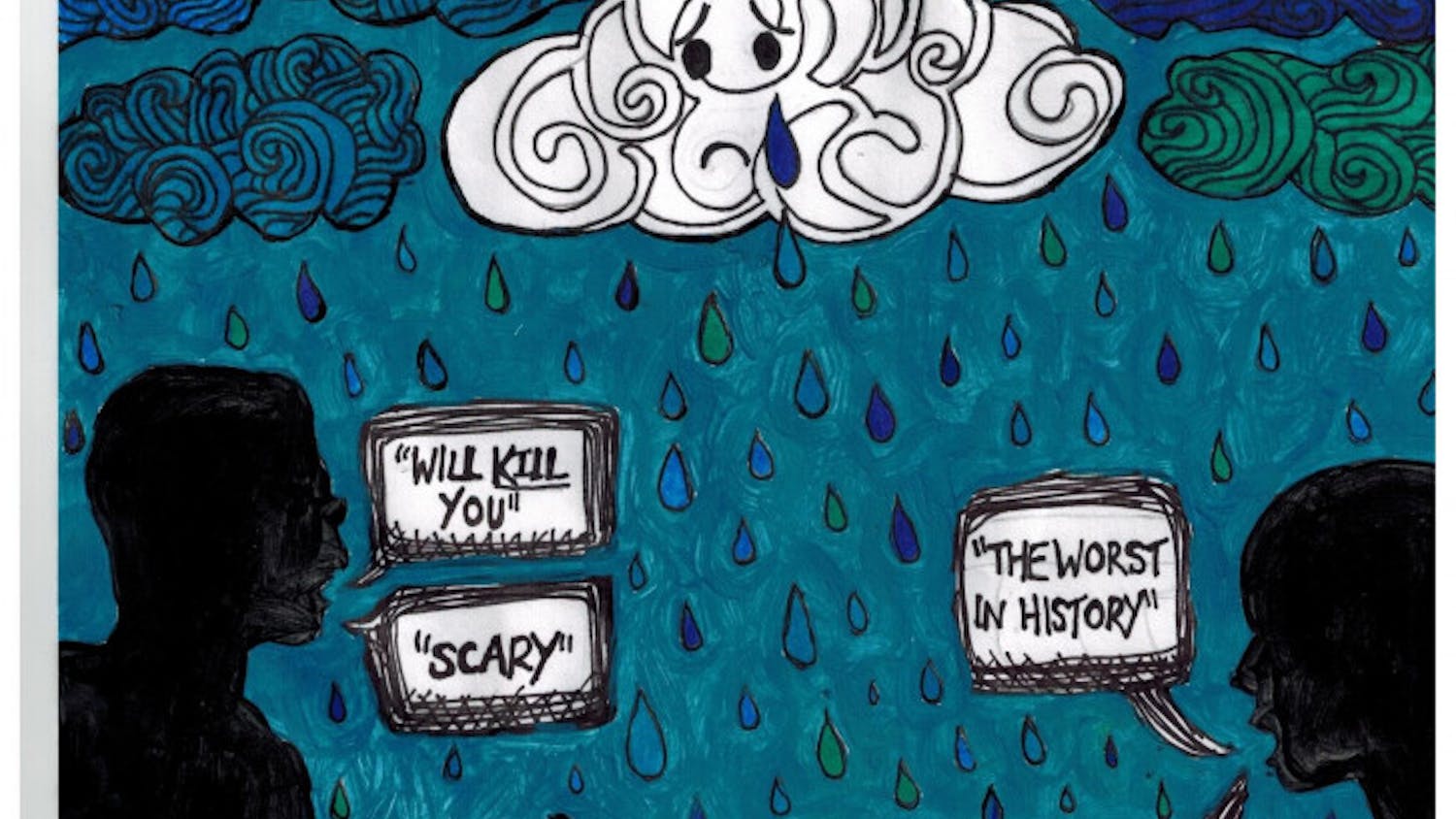 Let’s learn to respect weather, not fear it