On a dewy morning at the Mark Bostick Golf Course, Florida’s cross country teams gave a sneak peek of this season’s Southeastern Conference Championships in front of their home crowd.

For the women, it was a chance to show their prowess as reigning conference champions.

For the men, it was a chance to prove they could win a conference title for the first time in more than a quarter of a century.

On Saturday, it was the men who stole the show, winning their eighth Mountain Dew Invitational in nine years. Junior Jimmy Clark won the men’s 8K with a time of 23:53.78 and senior Mark Parrish finished second almost 6 seconds later.

“I was really happy with the men,” coach Paul Spangler said. “Mark Parrish and Jimmy Clark were both under 24 minutes, which is a really good time in this sport. Eddie Garcia had a great race. Carlos Miranda, first 8K as a freshman, was close to 25 flat, which is a great time for a freshman here. Very pleased with the guys right now.”

Clark shaved nearly a minute off his time of 24:50.63 from his seventh-place finish at last year’s Mountain Dew Invitational.

“There was a lot better competition this year than last year,” Clark said. “We wanted to go out and make sure we defended our home course. I think we came back in better shape this year than we were last year.”

The opposite could be said for the women this time around. After sweeping the event last season, the women’s team finished third on Saturday. Florida’s top finisher was redshirt senior Agata Strausa, who placed second after winning the meet last year.

The drop-off from last season can be attributed to injuries. The Gators were without key seniors Stephanie Strasser and Shelby Hayes on Saturday.

“The results on the women’s side are not indicative of what we’re capable of doing,” Spangler said. “Two of our top five girls were out because of injury, and that really hurt us from a team standpoint. That was disappointing, but we’ve got some time to get those girls healthy and run well when it counts as we get closer to SEC championships.”

The returns of Hayes, Strasser and Cory McGee will have a significant impact on the team’s chances of repeating as SEC champions. McGee is still easing her way back in after a summer competing at nationals and worlds.

“Those are our top runners,” Strausa said.

“Cory is easing into it right now because she went to worlds and didn’t have the same summer workouts as the other (runners). Stephanie will be fit by (SECs) too. She’s battling an issue right now. We need those girls. They’re our strength.”

Added Spangler: “Steph Strasser and Shelby Hayes just have to get healthy. They should be fine. We just have to get them healthy and cross-trained until we feel like they’re able to get out there and compete. It’s disappointing they couldn’t go today and obviously that hurt us, team-scoring wise.”

The primary goal for the women moving forward will be to get healthy. When McGee, Strasser and Hayes are back in the fold, the Gators will have a strong chance of repeating as conference champions.

For the men, it will be to maintain the upward trajectory currently being set by upperclassmen Clark, Parrish, Garcia and JL Hines.

“(Saturday) was a huge confidence booster, not just for me, but for our entire team,” Clark said.

“Everyone ran well. Almost everyone put in PR performances. We’re really excited for the rest of the season.”

Jimmy Clark runs at the Mountain Dew Invitational on Saturday in Gainesville. Clark won his race in 23:53.78. 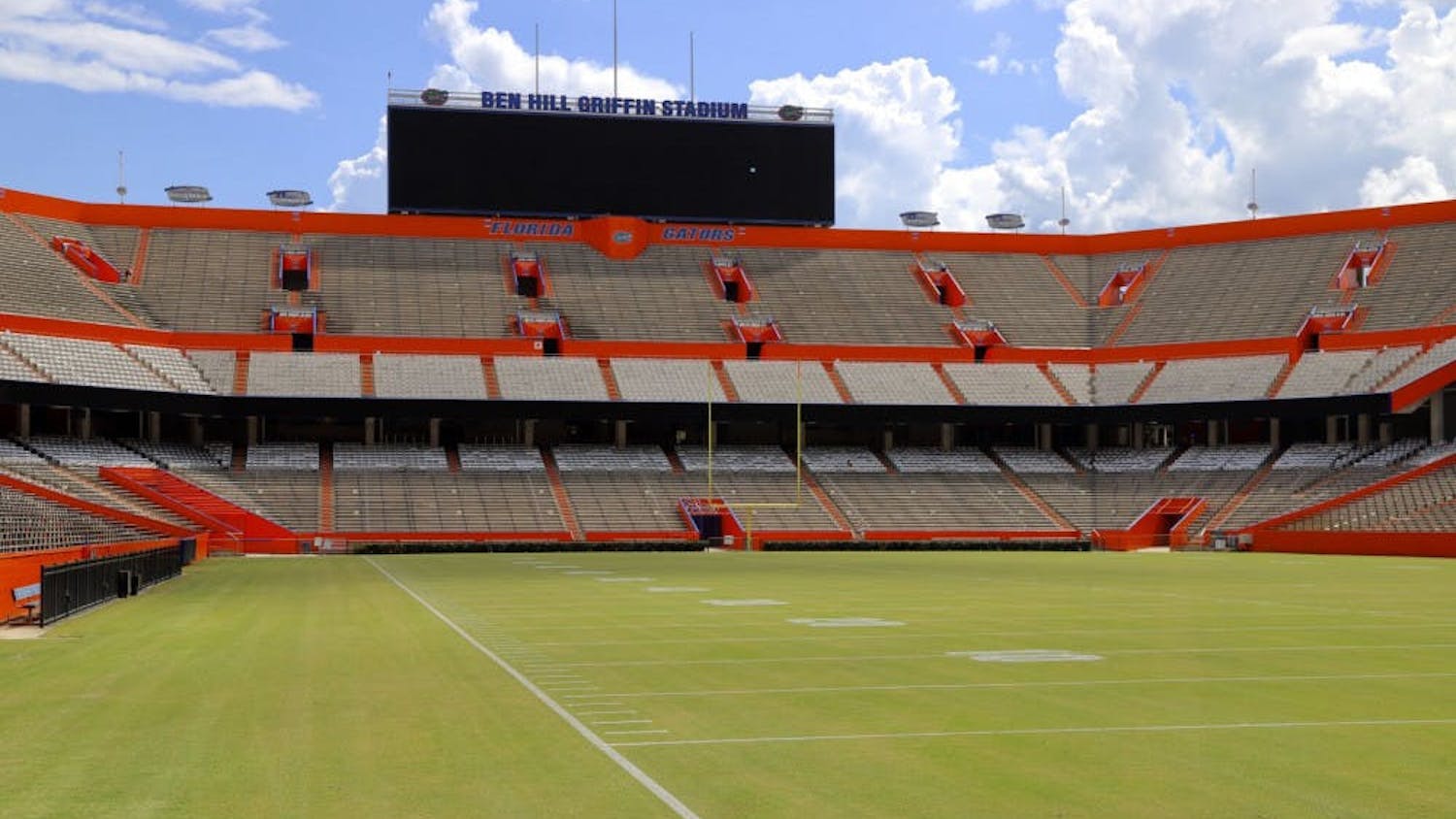