Skip to Content, Navigation, or Footer.
Donate Now
We inform. You decide.
Tuesday, December 07, 2021
Developing:
The latest news on UF’s barring of professors from testifying against the state
CAMPUS

An ancient Mayan civilization has come alive again at UF thanks to virtual reality technology.

With the use of an Oculus Rift headset, the students in one general anthropology course are peering through a window in time to the ancient township of Cerros.

The headset, which resembles a pair of goggles attached to a small screen, transports its users into a digitally created environment. The device tracks its user’s head movements, shifting the screen’s view in sync. Oculus VR, the company that creates the headset, was purchased by Facebook in March.

With the device, students have stood atop ceremonial pyramids in the same spots kings might have, observing pink limestone structures that were reduced to ruins over time. They’ve explored homes and temples of two and a half millennia ago. They’ve experienced the ancient city at its peak — before its population vanished.

Jeffrey Vadala, the 32-year-old teaching assistant that instructs the class, said he wanted to connect his students to the ancient world in a way that textbooks never could.

“This is the best way I can take them there: I can give them a portal,” Vadala said. “Everyone that comes in is just blown away by it.”

Vadala said he taught the class once before but felt like there was a better way to get his students interested in the material. One day toward the beginning of Spring, Vadala turned his lecture into a Skype interview with a Voodoo priestess in Haiti. Students asked her questions about culture and religion.

With the backing of his faculty adviser, he said he decided to raise the bar and purchase the device. He wanted to see if it helped students learn once they returned from Spring Break.

But this wasn’t a shot in the dark. Vadala had digitally recreated Cerros previously for an exhibit in the Florida Museum of Natural History.

Using a video-game engine and satellite imagery, pictures and measurements from the city’s archeological site, he digitally rebuilt the town in sections.

Once he made the rendering compatible with the Rift, Vadala let his students sign up to use the device for their second project of the semester. More than half of the class has already used the device, and others are still coming.

Students in Vadala’s class, like 21-year-old Rodrigo Sarmento, came to see what the hype behind the Rift was about.

Sarmento, a UF microbiology and cell science junior, said the experience was unforgettable.

“Honestly, it was one of the coolest things I’ve done at UF,” he said. 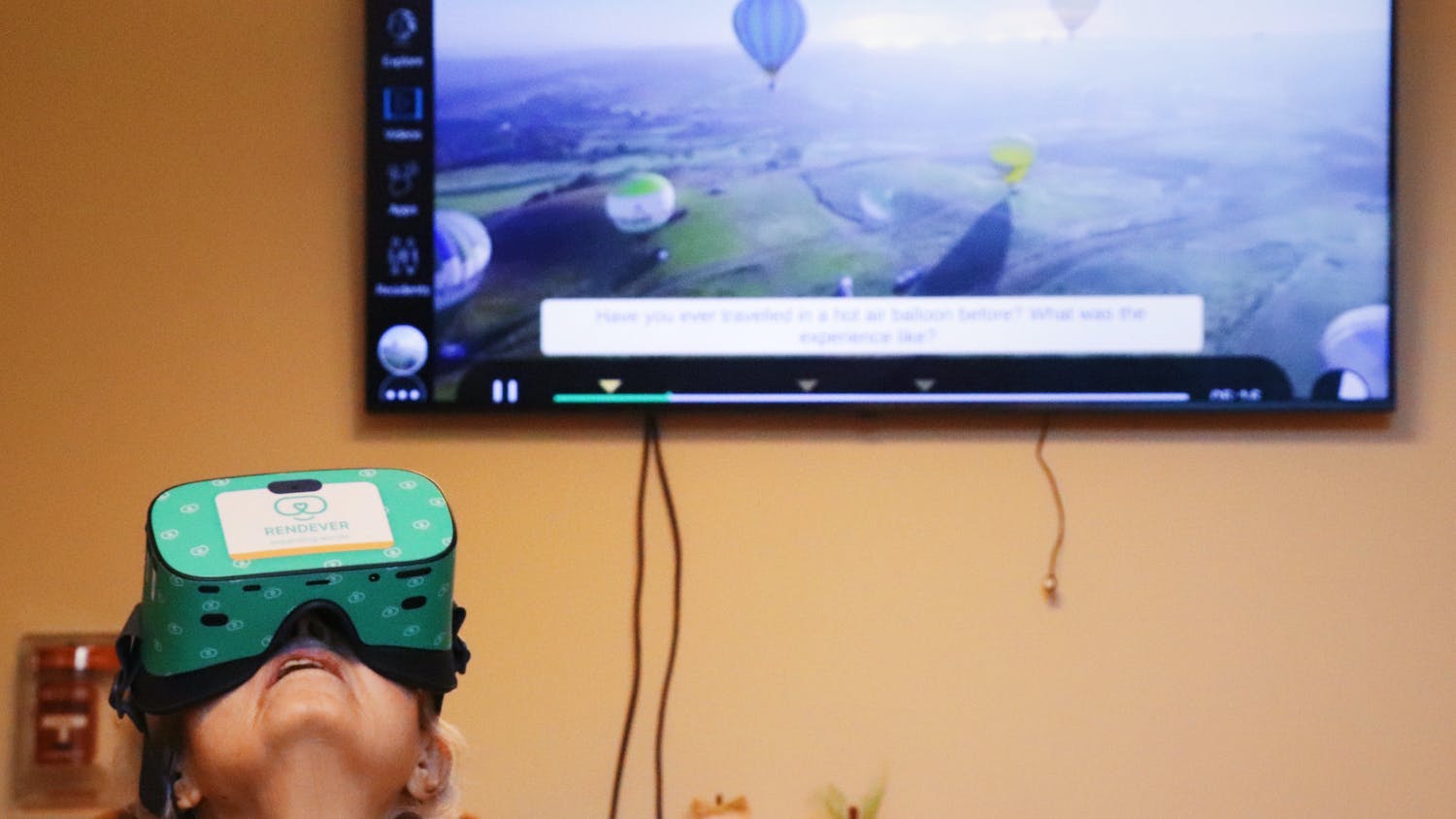