The first weekend of Will Muschamp’s annual football camps continued on Saturday, and a number of Florida targets and commits were on hand.

One of the biggest targets is quarterback Sheriron Jones out of Moreno Valley (Calif.) Rancho Valley High School. Jones arrived to campus late Saturday morning, as his flight was delayed coming into Gainesville.

Jones is a four-star prospect and holds offers from Florida, Florida State, Texas A&M and Oregon among others. Jones was seen chatting with UF offensive lineman commit Tyler Jordan, who was watching camp on Saturday.

Jones will be on campus through Sunday, as coaches will try to land a verbal commitment from him while on campus.

“Florida — it’s close to home and it’s be a good level of football, and I’m building a real good relationship with Coach (Mike) Summers and Coach Muschamp,” the three-star Merrick said.

Merrick, who has only played football for two full seasons, says that Coach Summers’ coaching style is one that uses simplicity when it comes to teaching the game of football from the offensive line perspective.

Another 2015 offensive tackle target is Abdul Bello, who went through camp Saturday as well.

“They just wanted to see me in action for one camp, and just enjoy my visit,” Thompson said. “They would love to see me down here.”

Thompson‘s top school as of last Wednesday was Georgia in front of Florida and Mississippi State. His recruiter at Georgia is defensive coordinator Jeremy Pruitt.

“Me and Coach Pruitt’s relationship got stronger—playing time, I can come in and start right out of the gate,” Thompson said. “The scheme—I feel like it fits me perfect.”

Thompson announced following camp Saturday that he will choose between the three schools on Monday afternoon—his original commitment date was set for some time at the end of August.

“Me and my parents thought we should wait until Monday to let me coach know,” Thompson said via text message.

Thompson headed back to his hometown of Mobile, Ala., on Saturday evening.

Three-star offensive tackle Jalen Merrick walks off of the Sanders Practice Fields on Saturday. Merrick has been committed to UF since January. 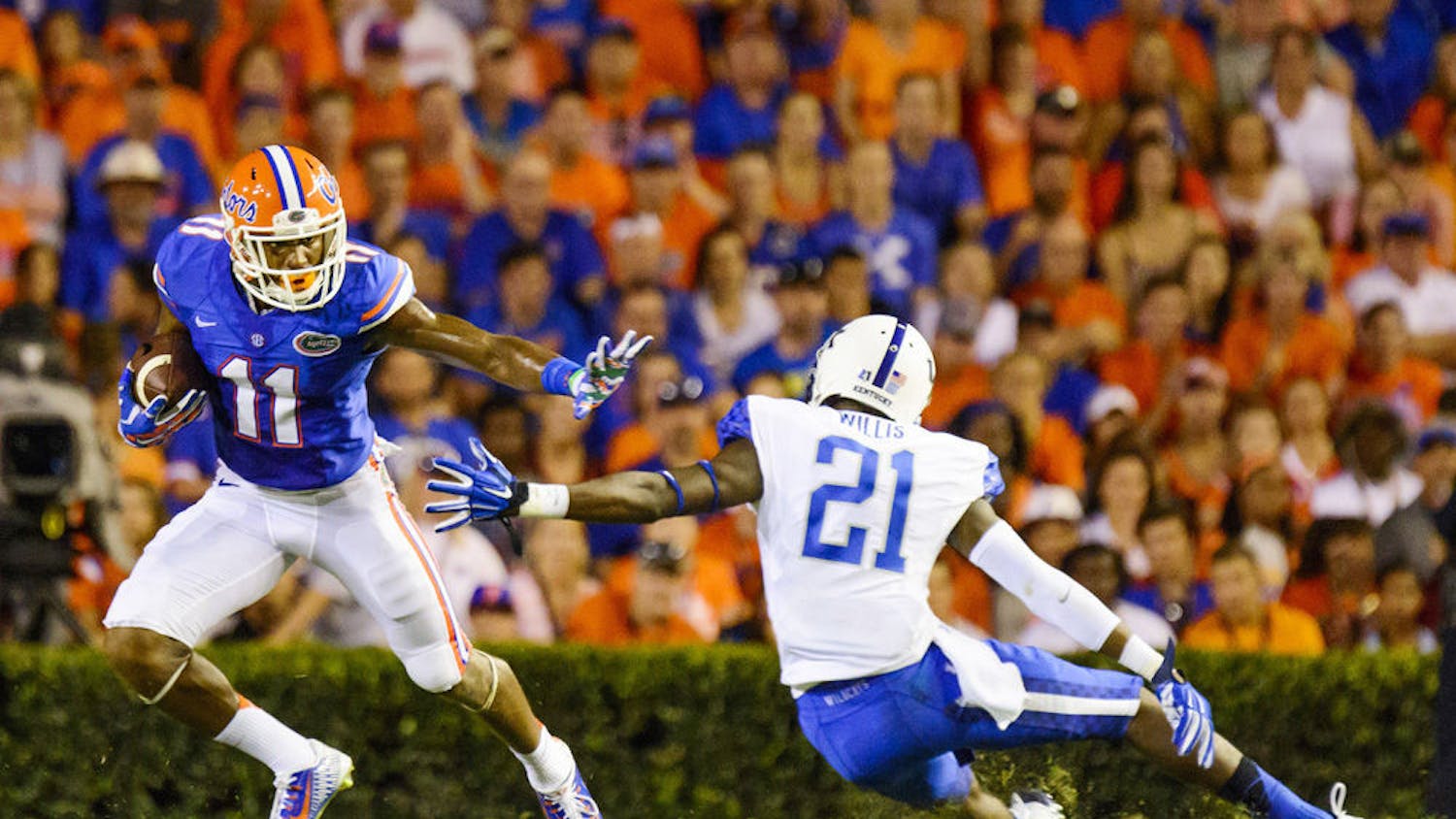