Police: Man arrested with weed in his butt, crack in his mouth

Gainesville Police arrested a local man early Thursday after they found a bag of weed in his butt and a bag of crack in his mouth.

At about 12:30 a.m., officers stopped Winfred Alphonso McAllister Jr., 23, on Northeast 23rd Avenue and Northeast Second Street after police saw his red Mitsubishi Galant swerve into the left turn-only lane and back into his original lane twice, according to a police report.

Officers smelled marijuana around the car, but McAllister told police the scent was left over from when he smoked earlier. He said he did not have any with him.

When McAllister stepped out of the car, an officer could still smell something. He searched McAllister and found a bag of weed inside his butt, according to the report.

McAllister reportedly asked the officer, “Man, can you just give me a court date for it?” before the officer removed the bag from his pants.

The officer then noticed McAllister was hiding something in his mouth and asked him to take it out. McAllister then began to chew and tried to swallow the object, but spit it out after the officer forced it out, according to the report. Police identified it as a plastic bag with crack inside.

Police arrested McAllister on charges of possession of a controlled substance, marijuana possession, drug equipment possession and tampering with evidence. Officers took him to the Alachua County Jail. He was released at noon Thursday after meeting his $40,000 bond. 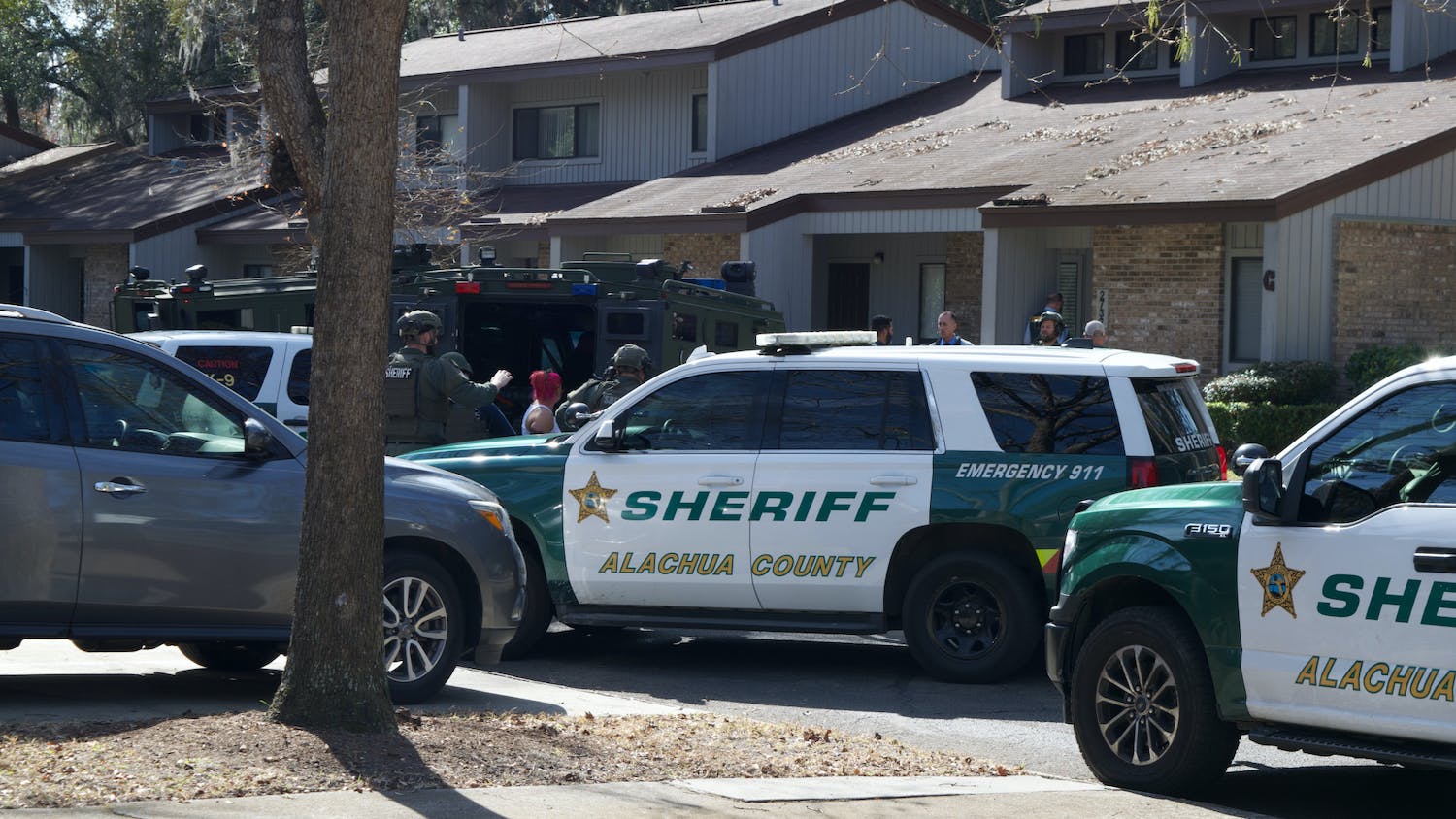 Gainesville woman fled scene, barricaded herself in home after allegedly threatening to cut off man’s penis