Skip to Content, Navigation, or Footer.
Donate Now
We inform. You decide.
Saturday, May 28, 2022
THE AVENUE  |  ART AND THEATER

“Rosalie Lightning” is a graphic memoir by Tom Hart about the untimely death of his daughter and the series of tragic events and grief that followed.

The memoir was released in hardcover Jan. 12.

“I just wrote to stay sane for a long time. I compiled binders and binders full of notes,” Hart said.

Hart, having written books before, knew it was likely his notes would eventually become a book.

In the comics classes he teaches at both UF and at the Sequential Artists Workshop, the act of helping something internal finds form externally.

Turning his grief into a book appeared to be the best way to make sense of the situation.

In April 2012, Hart began to draw and turn the binders full of notes into a book that chronicles Hart’s memories of Rosalie and the journey of grief and rebirth that followed her death.

Erica Merrell, co-owner of the bookstore, said when they found out Hart was releasing a book, it was natural for the store to partner with him to hold the release party.

“This was actually one of our first author sellings where I totally sold out. We’ve done lots of online orders — I’m even shipping a book to Sweden today,” Merrell said.

“It is one of the bravest, most vulnerable, beautiful things I have ever read,” Merrell said.

She said she thinks Hart’s honesty about grief, confusion, healing and all the pieces of the human condition that come with tragedy is incredibly brave and beautiful.

Many of the characters in the book are people from the Gainesville community.

Hart met his wife in the late 1990s when he lived in Gainesville before moving to New York City. Their network of friends in Gainesville was one of the reasons for relocating in 2011.

It was also their support system during their grief. One of Hart’s oldest friends in Gainesville took the couple in for two weeks following Rosalie’s death.

The support and comfort of friendship is heavily featured in the book.

Merrell said much of the book is about “how the people around you can help heal you and help bring you back to life essentially after something that most of us can’t even really wrap our brains around.”

“I’m certainly glad it didn’t happen in New York City,” Hart said. “That would have been even harder.”

One of the dedications in “Rosalie Lightning” is to the couple’s younger daughter, Molly Rose.

Molly Rose was born after Hart finished chapter five, a series of small panels on black pages that don’t have much continuity and are used to portray the worst time in Hart’s grief.

The following chapters about the comfort of friendship and rebirth were drawn during the first months of Molly Rose’s life.

Hart would draw in their bedroom, surrounded by paper and ink, while his wife tended to their newborn daughter.

Hart finished “Rosalie Lightning” during the summer of 2015. It was surprisingly liberating to call it done, Hart said. That day, he went on a bike ride and found himself going down streets he had previously avoided.

“I was surprised at how much better I felt,” Hart said.

Hart’s previous work in comics was often funny — nothing as serious as “Rosalie Lightning.”

“I’ve always had a very serious streak, which is one reason I think that funny comics work so well... I had a sort of seriousness underlying it,” Hart said.

He has some ideas of where he wants to go from here. His ideas are lighthearted, but they have a serious core.

“I don’t want to lose the depth of storytelling I was able to achieve that I achieved here, but I’m not sure exactly what will be next,” Hart said. 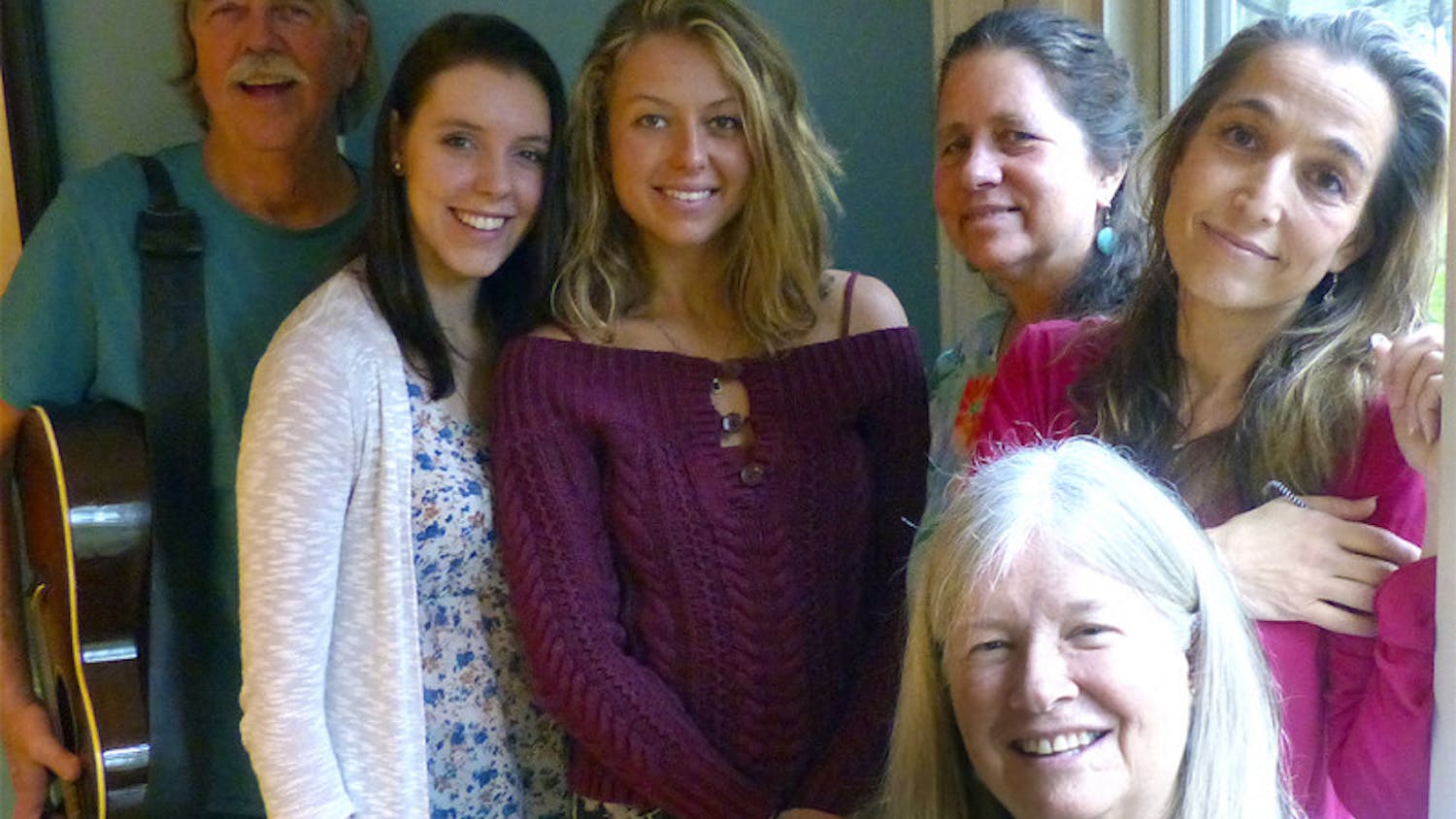 Gainesville to honor Carol King with music on Saturday