The No. 2 Florida lacrosse team has been a thorn in the side of most of its opponents this season.

With a 14-1 record, the Gators’ only loss came after dropping a 14-4 home game to top-ranked Maryland a month ago. But six of those 14 wins have been over ranked opponents.

The last time UF gave up double-digit goals in a win dates back to March 1 against then-No. 2 Syracuse, when junior midfielder Mollie Stevens scored a game-winning goal in overtime to clinch an 11-10 victory for Florida.

But while the defense has been stifling, the loss of the now-graduated Shannon Gilroy left coach Amanda O’Leary’s team without the highest-scoring player in program history. However, this year’s squad has answered with a varied offensive attack.

Seven players have scored 10 or more goals this season, leaving opponents scrambling to figure out which UF player will be the scorer that day.

By the time opponents figure it out, it is often too late.

Despite the team’s dominance in those categories, one aspect of UF’s game that has consistently been its kryptonite is the ability to win draw controls.

Draw controls have been a point of emphasis all season.

And while they struggled early on, the Gators have been improving in that area lately.

After starting the season winning the draw-control battle in just four of the season’s first dozen games, UF has come out on top in the category for the past three games in a row.

"It’s just the competitiveness," O’Leary said. "It’s a 50-50 ball, and we’ve been more competitive, which is good… It’s just a matter of understanding that we have possession of the ball, we can score. If we don’t, we’re stuck on defense."

Junior defender Taylor Bresnahan has twice led the team in the draw circle since the start of conference play, including when she tied a career high with six draw controls in Saturday’s 14-4 win against Villanova.

O’Leary said Bresnahan is starting to get the hang of all the elements that come with the draw.

"She’s done a much, much better job of sighting the ball, getting it into her stick and coming out of it with a lot more protection," she said. "I’m really pleased with how Taylor has responded on the draw."

Bresnahan was never trained in the circle like Gilroy, who accumulated 303 career draw controls, but has been successful in the otherwise unsuccessful area for UF.

Her 20 draw controls this season, which ties her career high from last year, are tied for second most on the team with Caroline Fitzgerald. Redshirt senior midfielder Nicole Graziano leads the Gators with 31 gained possessions from the circle.

"I give all the credit to (Bresnahan)," O’Leary said.

"She’s done a fantastic job for us."

Taylor Bresnahan runs toward the net during Florida's 12-11 win against Michigan on Feb. 13, 2016, at Donald R. Dizney Stadium. 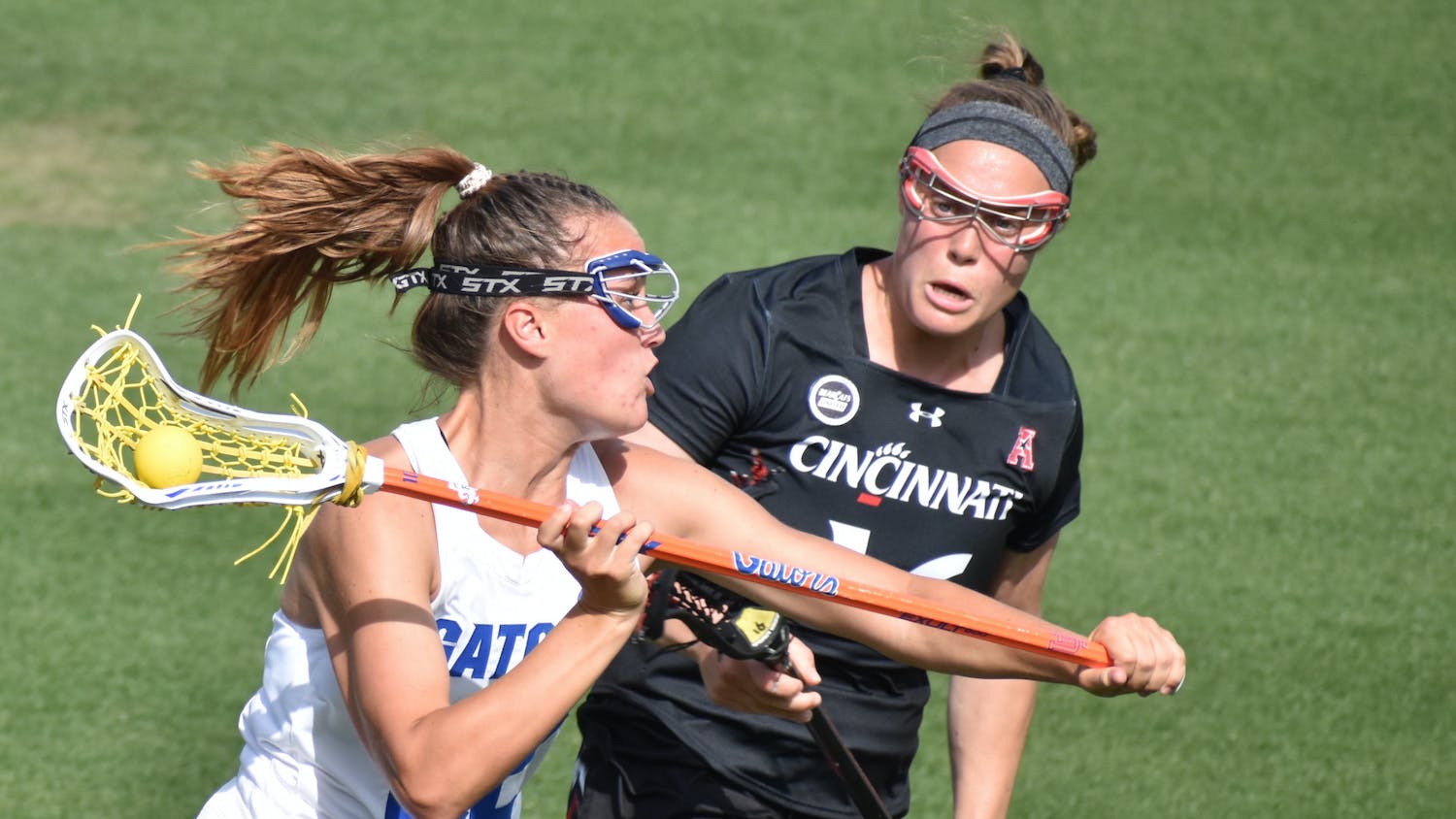