The night before Halloween, cobwebs stretched across the floor-to-ceiling bookshelves inside Gainesville’s Civic Media Center, which celebrated its 23rd anniversary Sunday.

A sheet with bloody handprints hung across the library’s bar, and a skeleton wearing a bike helmet sat next to the door. Outside, volunteers dusted four bicyclists with baby powder and black eyeshadow to give participants of the Zombie Bike Swarm an undead appearance.

Paul Faelner sat with his eyes closed as a volunteer brushed his eyelids with dark powder.

“I think there’s ketchup we can use for blood, but I’m not doing that,” he said. “I like this shirt too much.”

When the 23-year-old UF research assistant at the College of Dentistry heard about the small, haunted race through the city, he said he was game.

When the bicyclists finished their race, which included stops at Curia on The Drag and Maude’s Side Car Bar, they returned to the Civic Media Center for a concert, costume contest and after-party.

Inside, attendees danced, drank and listened to local bands perform. One man, who would not give his name, dressed in Christmas lights and only communicated on a letter-by-letter basis using an LED-powered alphabet — an ode to the Netflix series “Stranger Things.”

When asked what he was dressed as, the man simply spelled out “run.”

Makeda Meeks, one of the event’s co-coordinators, said although there were only four bikers, she expected around 100 people to attend the party — and $1,000 to be raised.

“We’ve had so many people and community members show support for us through this event,” she said. “We’re so grateful.”

Nick Todd borrowed his partner’s bike for the evening.

Todd, who was dressed as his dog, Selkie, wore a fur vest and said he was excited to bike around town.

“Everywhere I go is within a few blocks of where I live,” he said. “This time of year is so nice for biking, I’m just glad I can be out there, but especially looking like this.”

Makeda Meeks uses eyeshadow to brush zombie bruises on Nick Todd’s face. The two are volunteers at the Civic Media Center, which celebrated its 23rd anniversary this year. 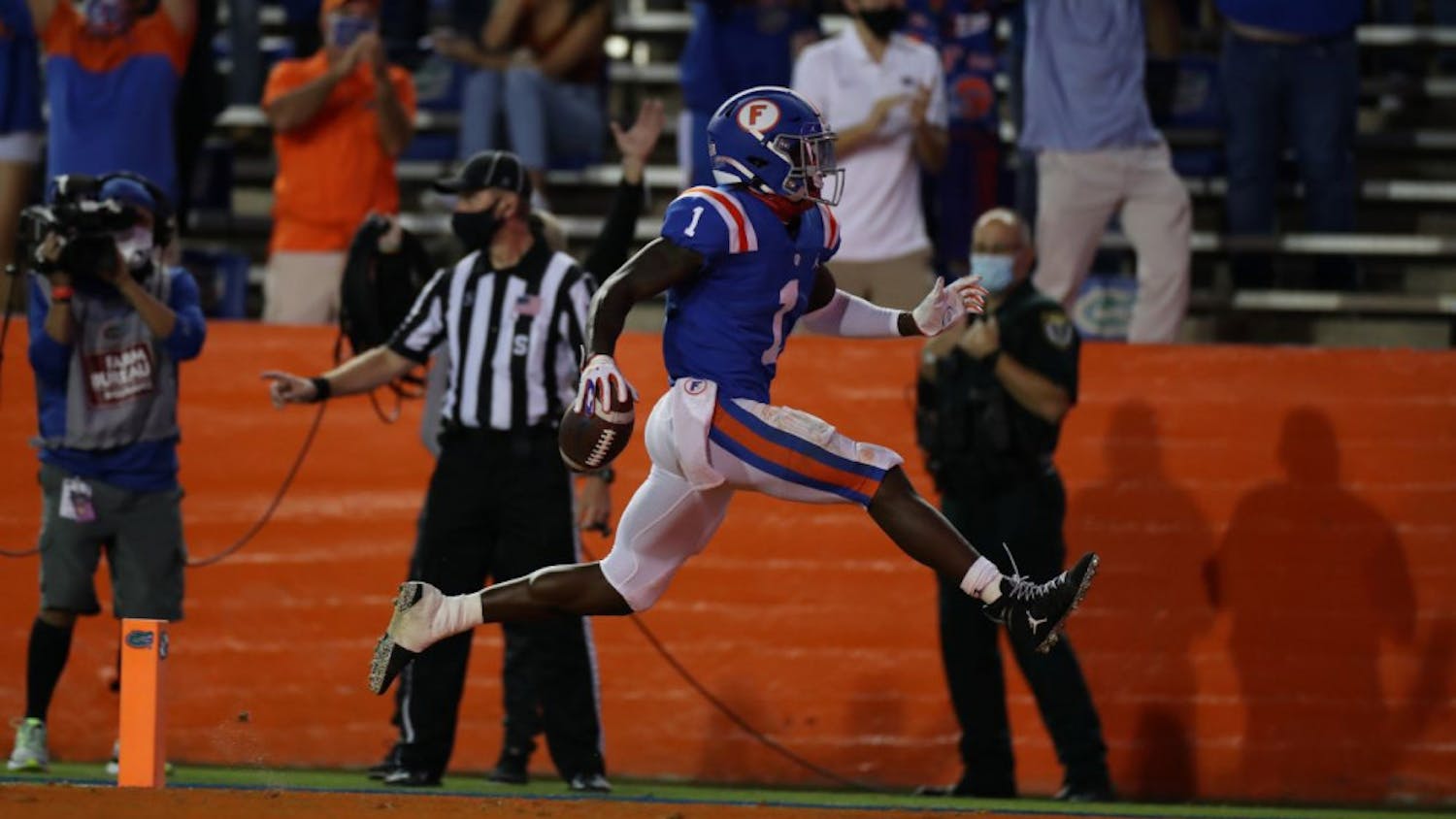 Florida spooks Mizzou on Halloween night in return to the gridiron