Florida’s third consecutive berth to the College World Series wasn’t the only thing worth celebrating for junior Alex Faedo on Monday night.

The right-hander from Tampa was also selected 18th overall by the Detroit Tigers in the 2017 MLB Draft, becoming the 19th Gator picked in the first round in program history.

UF’s Friday night ace is projected by many analysts to quickly progress through the minor leagues and establish himself as one of the top starting pitchers in professional baseball.

Faedo was ranked 10th overall by Baseball America in its 2017 Top 200 Draft Prospects list and was given a high grade on all three of his pitches.

His repertoire features a fastball that sits in the low 90s but can occasionally hit 94-95 mph. His slider also serves as a knockout pitch with good swing-and-miss movement, and his changeup figures to boost good leverage with further development in the minor leagues.

Faedo is the seventh Gator selected in the first round under coach Kevin O’Sullivan. Brian Johnson and Mike Zunino were taken in 2012, Jonathon Crawford was picked in 2013, Richie Martin was chosen in 2015 and Dane Dunning and A.J. Puk heard their names called in the opening round of last season's draft.

While it’s a difficult task to stay focused on a postseason run when you’re in the conversation for a top-20 overall pick, Faedo has been praised by his head coach in recent weeks for his concentration on the task at hand.

“I think the thing that separates Alex from maybe most people in his position, is he’s been able to handle all the expectations in the draft,” O’Sullivan said. “He’s been awesome.”

While Faedo and the rest of his teammates will spend the next couple days preparing for the College World Series in Omaha, Nebraska, several other Gators are expected to hear their names come off the board as well.

Shortstop Dalton Guthrie, catcher Mike Rivera, catcher/first baseman JJ Schwarz and catcher Mark Kolozsvary are all projected to be taken on day two of the draft by Baseball America. First baseman Christian Hicks and outfielder Ryan Larson should be selected at some point as well.

Alex Faedo pitches during Florida's 1-0 win against LSU on March 24, 2017, at McKethan Stadium. 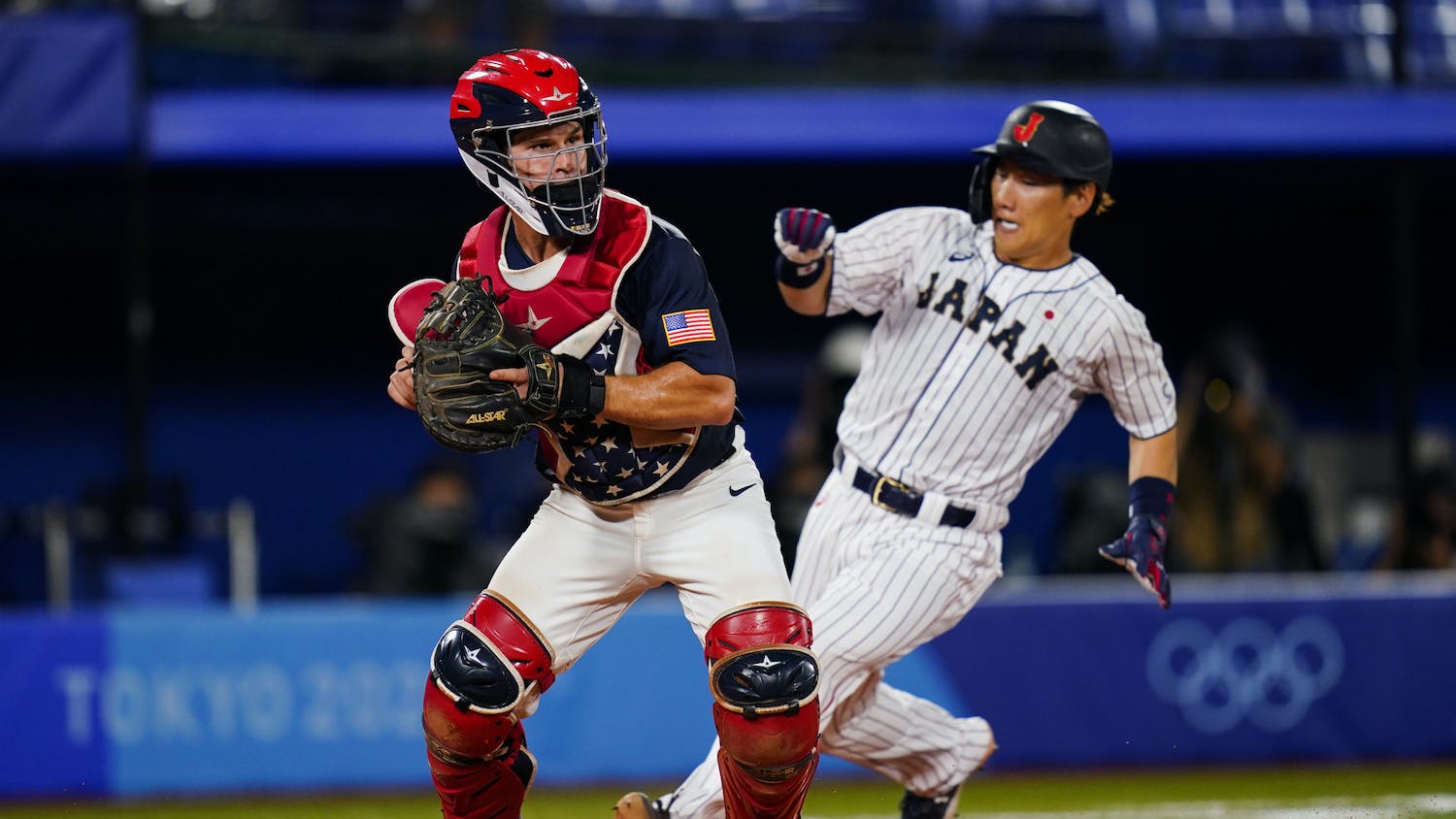