Less than seven weeks remain until Florida kicks off the 2017 regular season against Michigan at AT&T Stadium. The Gators enter this year as back-to-back SEC East champions, notching 13 conference wins under coach Jim McElwain since he took over the program in 2015. As always, UF’s success on the gridiron this fall will largely depend on its roster, a group of players featuring both seasoned veterans and unestablished newcomers. Here is the position preview for players set to play quarterback at Florida this year:

Things appeared pretty likely this spring that redshirt freshman Feleipe Franks would get the starting nod for the Gators on Sept. 2 against Michigan.

He played with the first-team offense during UF’s Orange and Blue Debut on April 7 and thoroughly outdueled fellow signal caller Kyle Trask, completing 8-of-14 passes for 119 yards, one touchdown and zero interceptions.

Coach McElwain declared Franks “ahead” of the competition following the performance, leading many to believe the 6-foot-6 Crawfordville, Florida, native had the job firmly secured.

However, with the recent transfer of former Notre Dame quarterback Malik Zaire, the race for the position is back up for grabs.

Zaire comes to Gainesville with three starts and 17 career appearances under his belt as a member of the Fighting Irish. He completed 58-of-98 passes for 816 yards, six touchdowns and zero interceptions over his three seasons in South Bend.

Zaire can also make plays with his legs, recording 324 yards and two touchdowns on 72 rushing attempts at Notre Dame, good for an average of 4.5 yards per carry.

He and Franks sit as the two frontrunners for the job, but there are several other Gators who could potentially see time as well.

The aforementioned Trask started with the second-team offense during UF’s spring game and completed 6-of-15 passes for 66 yards, zero touchdowns and one interception.

Freshman Kadarius Toney showed fans this spring why he’s listed on Florida’s official roster as an “athlete,” rushing for 74 yards on five carries as an early enrollee during the Orange and Blue Debut.

Despite only just transferring to Florida this summer, expect Zaire to win the starting job. He’s one of only two quarterbacks on Florida’s roster with actual experience in a Division I college football game, and he’s shown passion and leadership qualities that set him apart from the rest of the competition.

“That guy under center has to be the leader of everything,” Harris said at the SEC Media Days. “That’s what we are all looking for. He has to have the trust of the guys around him.”

Franks should still be viewed as the Gators quarterback of the future as only a redshirt freshman, but expect 2017 to be Zaire’s year.

Feleipe Franks stands under center during UF's Orange and Blue Debut on April 7, 2017, at McKethan Stadium. 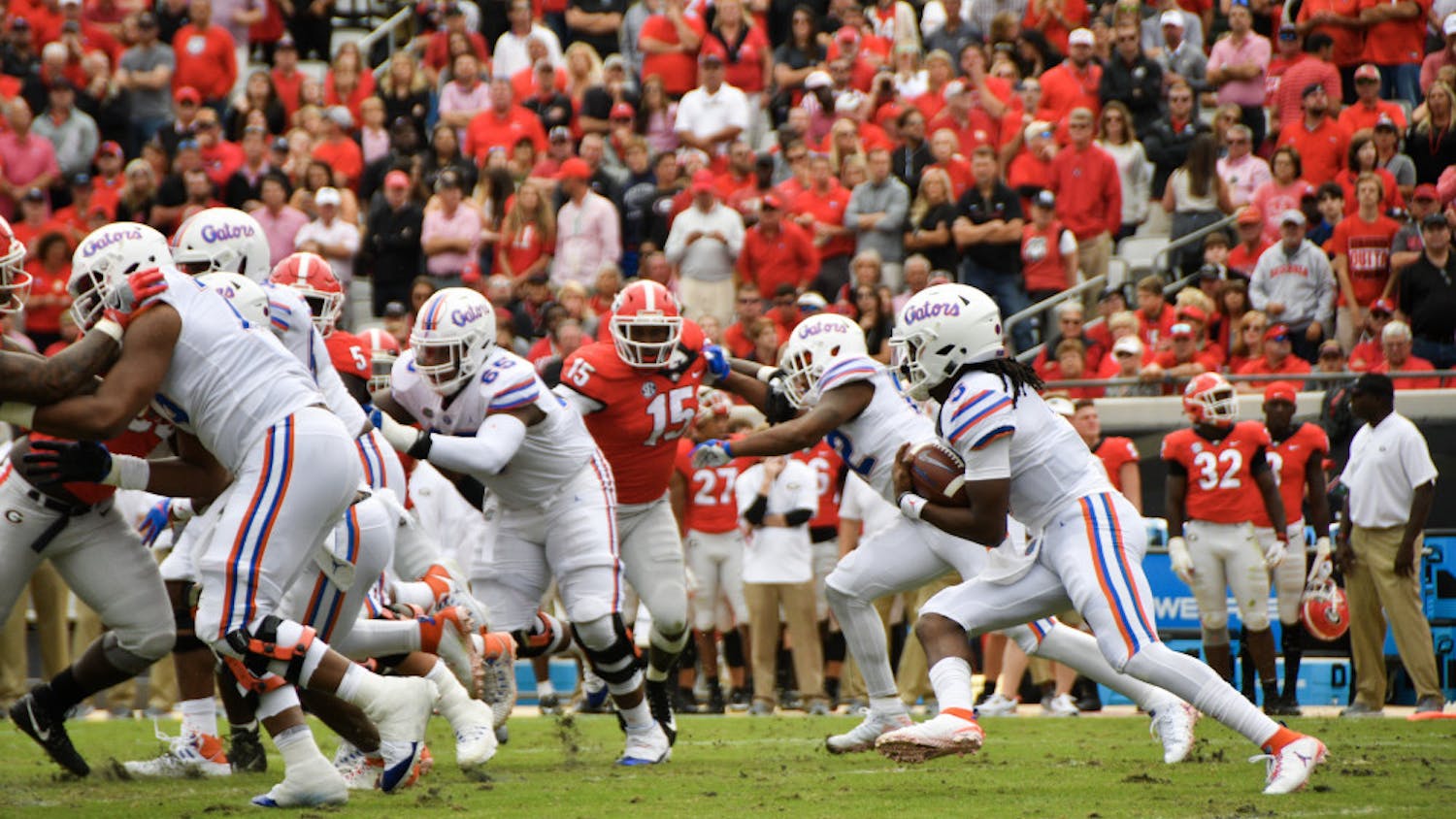