Less than six weeks remain until Florida kicks off the 2017 regular season against Michigan at AT&T Stadium. The Gators enter this year as back-to-back SEC East champions, notching 13 conference wins under coach Jim McElwain since he took over the program in 2015. As always, UF’s success on the gridiron this fall will largely depend on its roster, a group of players featuring both seasoned veterans and unestablished newcomers. Here is the position preview for players set to play tight end at Florida this year:

Florida enters this fall with almost no turnover at the tight end position.

Senior DeAndre Goolsby is back and looks to build off an impressive 2016 season that saw him record 342 yards and three touchdowns on 38 receptions. The Derby, Kansas, native is currently ranked as the fourth best tight end in next year’s draft class, according to Fox Sports, and figures to play a big role in UF’s offense once again.

Redshirt junior C’yontai Lewis is returning as well. Lewis finished fifth on the team last season in both receiving yards (184) and catches (18) and also notched touchdowns against Georgia and South Carolina.

Redshirt juniors Moral Stephens, Brian Fallace and Ryan Ferguson, as well as redshirt sophomore Harry Gornto V, round out the veteran tight ends set to play for the Gators this fall.

Stephens appeared in 10 games last year, mostly on special teams, but did record a 14-yard reception against Kentucky on Sept. 10. Fallace, Ferguson and Gornto V, on the other hand, did not see the field in 2016.

The one newcomer for Florida at tight end this season is freshman Kemore Gamble. Gamble, a four-star recruit from Miami, arrived in Gainesville this spring as an early enrollee.

Coach Jim McElwain raved about the 6-foot-3, 240-pounder, stating his “hand-eye coordination” and “ball skills” were as good as anyone on the team.

“He’ll be a factor,” McElwain said in March about Gamble. “The guy has got courage. He doesn’t back down.”

Goolsby and Lewis both cracked the starting lineup at least 10 times last season. Nothing should change in 2017.

The two upperclassmen both possess good size at 6-foot-4 and have been reliable offensive weapons during their time at Florida.

Gamble should receive some opportunities at the position as well. The freshman led all tight ends with three catches for 14 yards during UF’s Orange and Blue Debut in April.

Stephens may get a snap or two as well from time to time, but expect Goolsby, Lewis and Gamble to serve as the primary players at tight end in 2017.

DeAndre Goolsby runs out of bounds after catching a pass during UF's 30-3 win against Iowa at the Outback Bowl on Jan. 2, 2017, at Raymond James Stadium. 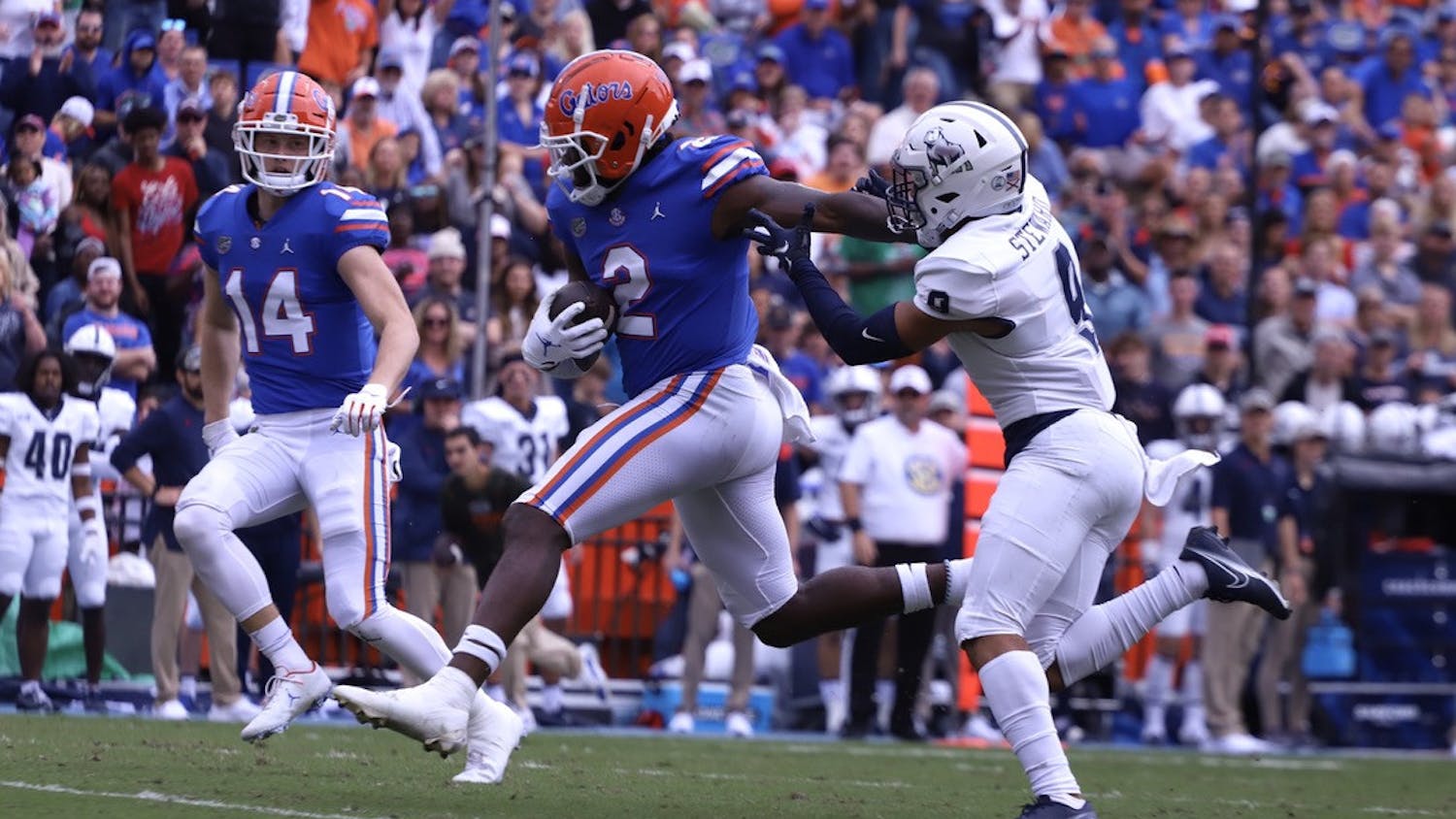 Gamble shines in mother’s return to the stands