Skip to Content, Navigation, or Footer.
Donate Now
We inform. You decide.
Friday, December 03, 2021
Developing:
The latest news on UF’s barring of professors from testifying against the state
METRO  |  CRIME

A woman was taken to the hospital Wednesday afternoon after a Toyota Tundra crashed into the front porch of La Tienda Latina restaurant.

Brian Wilson Samuel, 59, was driving southbound on Southwest 13th Street when his pickup truck crashed into another car and then into the outdoor seating area of the Mexican restaurant and store at about 1:11 p.m., said Gainesville Police spokesperson Officer Ben Tobias.

The truck ruptured a portion of the porch area, sending food and debris flying into the air and shattering two of the restaurant’s windows.

Samuel appeared intoxicated when speaking with officers and was arrested for DUI, Tobias said. Samuel leaned on an officer while being interviewed about the incident.

At GPD headquarters before his breath test, he complained of an injury and was taken to the hospital as well.

Sussi Romo, a waitress at La Tienda, had just finished taking an order at the counter when she heard the crash. She looked up and saw a customer dive out of the way of an oncoming truck. She said no one was sitting at the main table that was hit in the crash.

“I’ve never witnessed something like that,” the 20-year-old Santa Fe College architecture sophomore said. “It was so instant.”

Romo called police and helped make sure other customers were safe. For 20 to 30 minutes, the restaurant stopped taking orders, she said.

Alberto Roman, the restaurant's owner, said he isn’t sure how much the damages to the front of the building will cost. The truck broke the railing, rammed through two benches and shattered two panes of window glass. Roman replaced the windows hours after the accident.

“We are going to fix it right away,” he said.

The restaurant now has four benches left on the patio. Roman said the restaurant has eight to 10 fewer seats now, which could be noticeable during the lunch rush.

“If we need the seats, we are going to be in trouble,” he said.

Police question Brian Wilson Samuel, 59, next to his pickup truck. His truck crashed through the railing and damaged two benches and windows at La Tienda Latina restaurant, located at 2204 SW 13th St.

Samuel leans on one of the Gainesville Police officers who responded to the accident at about 1:11 p.m. He was arrested for driving under the influence. 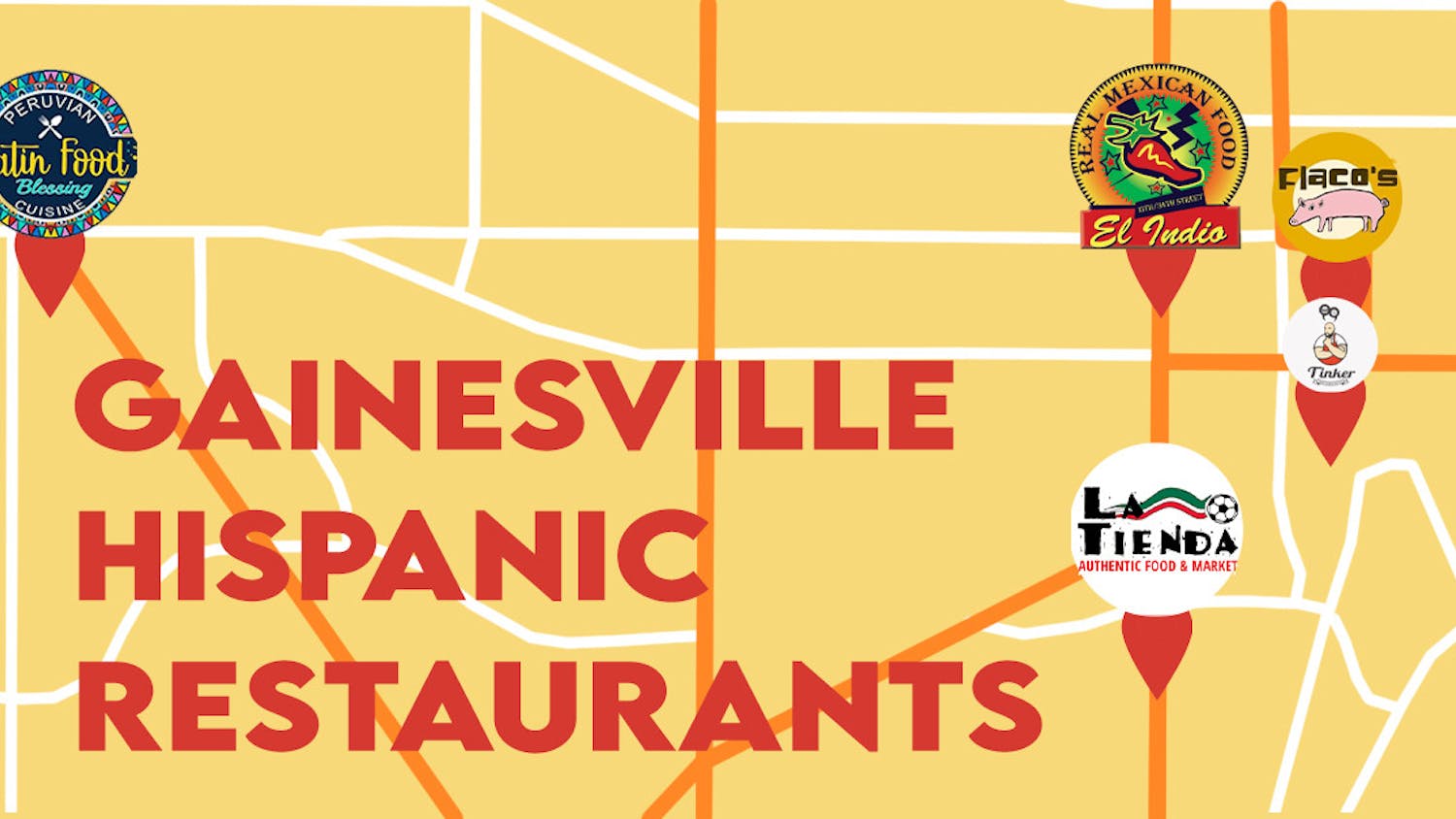