Skip to Content, Navigation, or Footer.
Donate Now
We inform. You decide.
Wednesday, December 01, 2021
Developing:
The latest news on UF’s barring of professors from testifying against the state
SPORTS  |  COLUMNS

Column: A full prediction for the College Football Playoff

The matchups for the College Football Playoff have officially been set.

After 14 weeks of the maniacal madness that is the FBS regular season, it has all come down to Clemson, Oklahoma, Georgia and Alabama for the right to be crowned national champion.

Here are my predictions for what to expect in each game:

The Sooners and Bulldogs — both coming off wins in their respective conference championships — head to Pasadena, California, to play in the Rose Bowl on New Year’s Day.

Senior quarterback and Heisman favorite Baker Mayfield has led OU’s offense to 583.3 yards per game this season, the best mark in the country.

Meanwhile, safeties J.R. Reed and Dominick Sanders helped UGA limit opponents to only 158.3 passing yards per game, the second-best average in the country.

While the Sooners’ offense looked unstoppable in 2017, it has yet to face a defense anywhere near as talented as the Bulldogs’.

Anticipate Georgia barely eeking this one out to punch its ticket to the national championship.

Well, well, well. Look what we have here.

In a rematch of the past two seasons’ national title showdowns, the Tigers and Crimson Tide are squaring off in New Orleans on New Year’s Day in the Sugar Bowl.

Both teams’ defenses are the cream of the crop in the FBS, with Alabama and Clemson ranking first and second, respectively, in points allowed per game.

Although the Tigers are the defending national champions, don’t expect them to get past the Crimson Tide for a second consecutive time.

Alabama will just squeeze by to set up the first all-SEC title game in CFP history.

Alabama still has a sour taste in its mouth from last year’s loss to Clemson, when it fell to the Tigers on a last-second touchdown.

Nick Saban and company will use that as motivation in a close, six-point victory over UGA.

FILE - In this Nov. 25, 2017, file photo, Alabama head coach Nick Saban walks the field before the Iron Bowl NCAA college football game against Auburn, in Auburn, Ala. The Associated Press voters prefer Alabama over Ohio State. In the final Top 25 of the regular season, the Crimson Tide was No. 4 and the Buckeyes were No. 5. (AP Photo/Brynn Anderson, File) 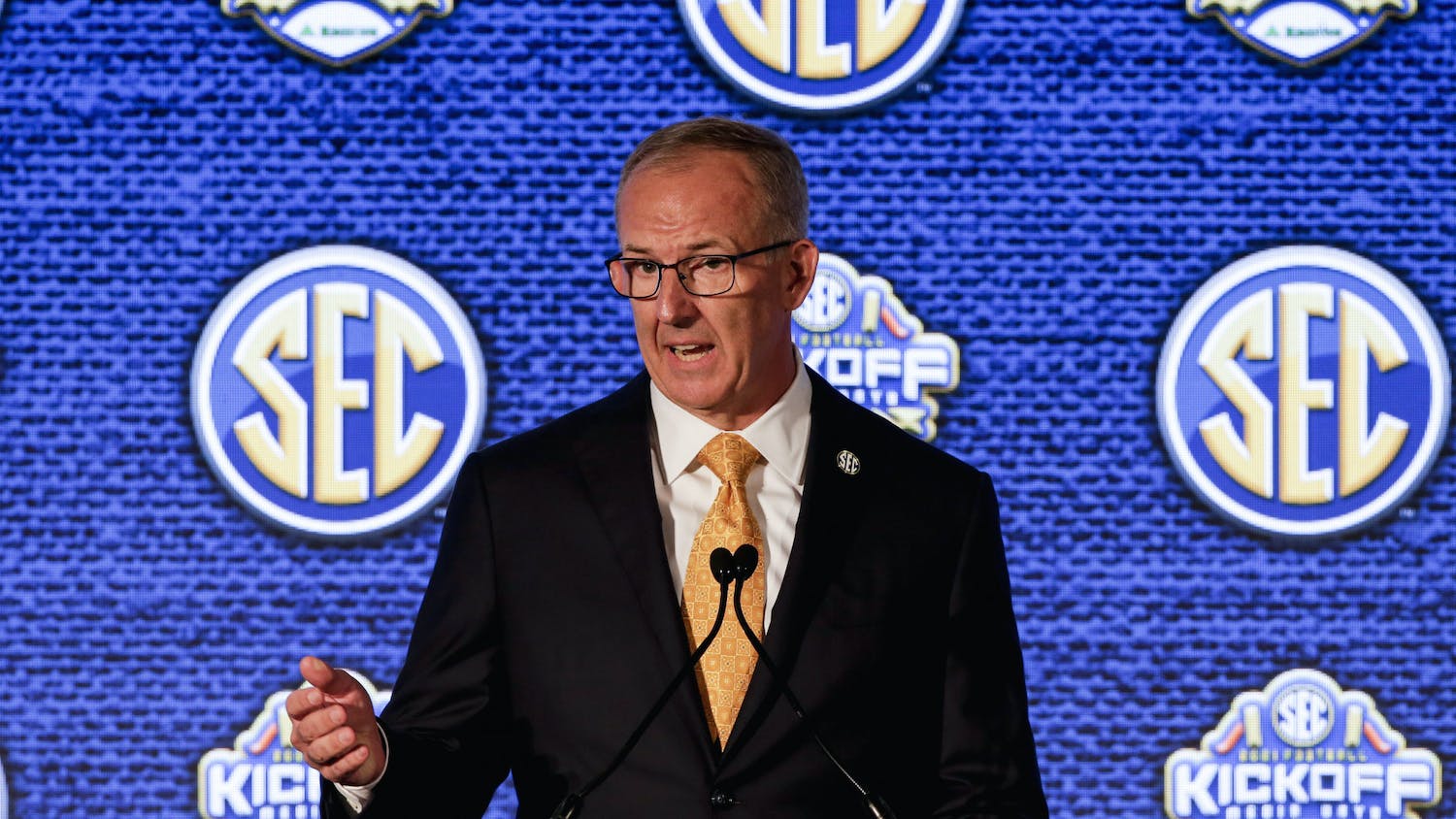