Despite having only opened a year ago, Heartwood Soundstage, Gainesville’s multi-stage live recording venue, has become a budding hotspot for musicians and concertgoers alike.

Whether it’s the high-end sound equipment, detailed listening room constructed to eliminate any noisy distractions or its devotion to providing the best acoustics, Heartwood strives to provide listeners with the best experience. To celebrate the anniversary of its opening, Heartwood Soundstage will have its second annual family-friendly Heartwood Music Festival on Saturday. The event features a variety of Florida bands as well as a compilation of food trucks, craft vendors and art installations. Although there are 24 equally amazing bands that are performing, here are the top six must-hear artists to get you pumped before heading to the festival.

Performing on Heartwood’s Outside Stage

While having only just emerged into Gainesville’s local music scene in August of 2015, Just Neighbors have quickly attracted fans in droves. This is most likely due to the band’s warm balance of post-rock and math-rock, creating a blend that will instantly get you hooked. The band promotes itself as “just your friendly neighborhood band,” which makes perfect sense as members Dan Lohr (guitar and vocals), Justice Diamond (guitar and vocals), Jarrett Haines (bass and keys) and Reid Casey (percussion), live in Gainesville.Their most recent 9-track album, “Being Where I Thought I’d Be,” includes beautiful artwork by Alfred Phillips and was met with positive reviews. Before the concert Saturday, give a listen to their song “Disconnect” and be warned: It may just become your new favorite song.

Lead singer Jason Hedges is no stranger to the Gainesville music scene. Fans of the local Tom Petty cover band, Heavy Petty, will be able to experience Hedges’ original music in his second band, HEDGES, where he also collaborates with three other members from the tribute band, Daniel App, Logan Fischer and Jonathon McCravy. The band consists of Hedges, App, Fischer and McCravy, as well as Jonathan Parker, Matt Rippetoe and Jonathan Barnes. The high-energy rock ’n’ roll group humorously best sums up their music to listeners that if Elvis Costello and Tom Petty had a baby, their band’s sound would be the offspring. Their album, “MIXED SIGNALS,” was mixed, mastered and produced by the legendary Don Zientara, who also worked with artists such as Fugazi, Minor Threat, Foo Fighters and Bad Brains. The album is a love letter to classic rock ’n’ roll, successfully creating a tribute to the nostalgic genre that inspires them as artists.

From being a handful of dreamers playing in a hot, Fernandina Beach garage, to winning first prize at Impact Gainesville’s 2016 Battle of the Bands, flipturn is quickly making a name for itself in Florida’s thriving indie scene. The band’s dreamy, feel-good sound is heavily inspired by bands like The Black Keys, Hippo Campus, The Killers and Saint Motel. The band, which consists of Dillon Basse, Tristan Duncan, Taylor Allen, Madeline Jarman and Adrian Walker, best describe their sound as a blend of surf-rock, garage, new wave and pop. Their debut EP, “Heavy Colors,” which was released in March 2017, consists of five songs and impressively achieved more than 180,000 streams on Spotify in less than a year. Flipturn will be playing at The Wetlands Music Festival this Sunday alongside A$AP Ferg, Snakehips and Saint Motel. So after you watch them at Heartwood, make sure to support this up-and-coming band on their steady rise.

Check out their song “Vanilla” from their EP Heavy Colors.

Locochino does the unthinkable in that it perfectly blends a variety of genres that should not work well together, but do. In fact, it takes you on a psychedelic whirlwind of sound that makes you feel like you’ve unearthed something new. Created in September of 2014, Locochino is made up of Benny Cannon, Blake Briand, Brian Johnson, Nick Melms, Sam Coplin and Dave Johnson, and they’re the reason why the sound works the way it does. Just by listening to their music you get a taste of rock, funk, jam and psychedelic sounds that each reflect a specific member. Perhaps the reason they’ve been so successful is, even in their music, every member of the band is equally integral. Locochino won’t have to trek too far as they recently recorded their newest song, “On My Feet,” live at the Heartwood Soundstage this month. Give it a listen, and let’s cross our fingers they play it this weekend.

Performing on Heartwood’s Inside Stage:

Traveling all the way from St. Petersburg, Blackbird Morning consists of Danielle DeCosmo, Vincent DeCosmo, Richard Jimenez and Anthony Goodwin. The band is a blend of modern and classic rock, touching on hints of Pink Floyd and The Zombies mixed with The Black Keys and My Morning Jacket, according to their Facebook page. DeCosmo delivers hauntingly beautiful vocals that are unapologetically honest in the band’s song “The Way” from their album “Horizons.” The band announced on Facebook they’re currently working on a new album that will arrive in May, so you won’t have to wait long for more after seeing them this weekend. Stream “The Way,” a perfect example of what you’ll hear this weekend.

Matthew Fowler, a singer-songwriter based out of Orlando, has both the lyrical components and voice of someone incredibly wise beyond his years. Fowler’s music is comfortable, relatable and makes you feel at home. His album, “Beginning,” released in March 2014, is compiled of nine songs written from the ages of 14 and 19. Fowler lets you into his life, and it’s through his raw storytelling that you feel as if you personally know him. Fowler’s music has been steadily gaining a devoted fan base. He was praised in a variety of notable publications including The Bluegrass Situation, CMT Edge and HuffPost. Fowler has also had the opportunity to open for acts such as Richard Thompson, Damien Jurado, Sea Wolf and Angel Olsen. Fowler’s chill, feel-good music would be perfectly paired with a hot cup of coffee on a long morning drive. Listen to Fowler’s song “Blankets” from his album “Beginning,” which is available for free on his Bandcamp.

Tickets for the all-day festival are $15 for general admission and $10 for student tickets. Tickets are available online at heartwoodsoundstage.com and at Hear Again Records. Kids 12 and under get in free. 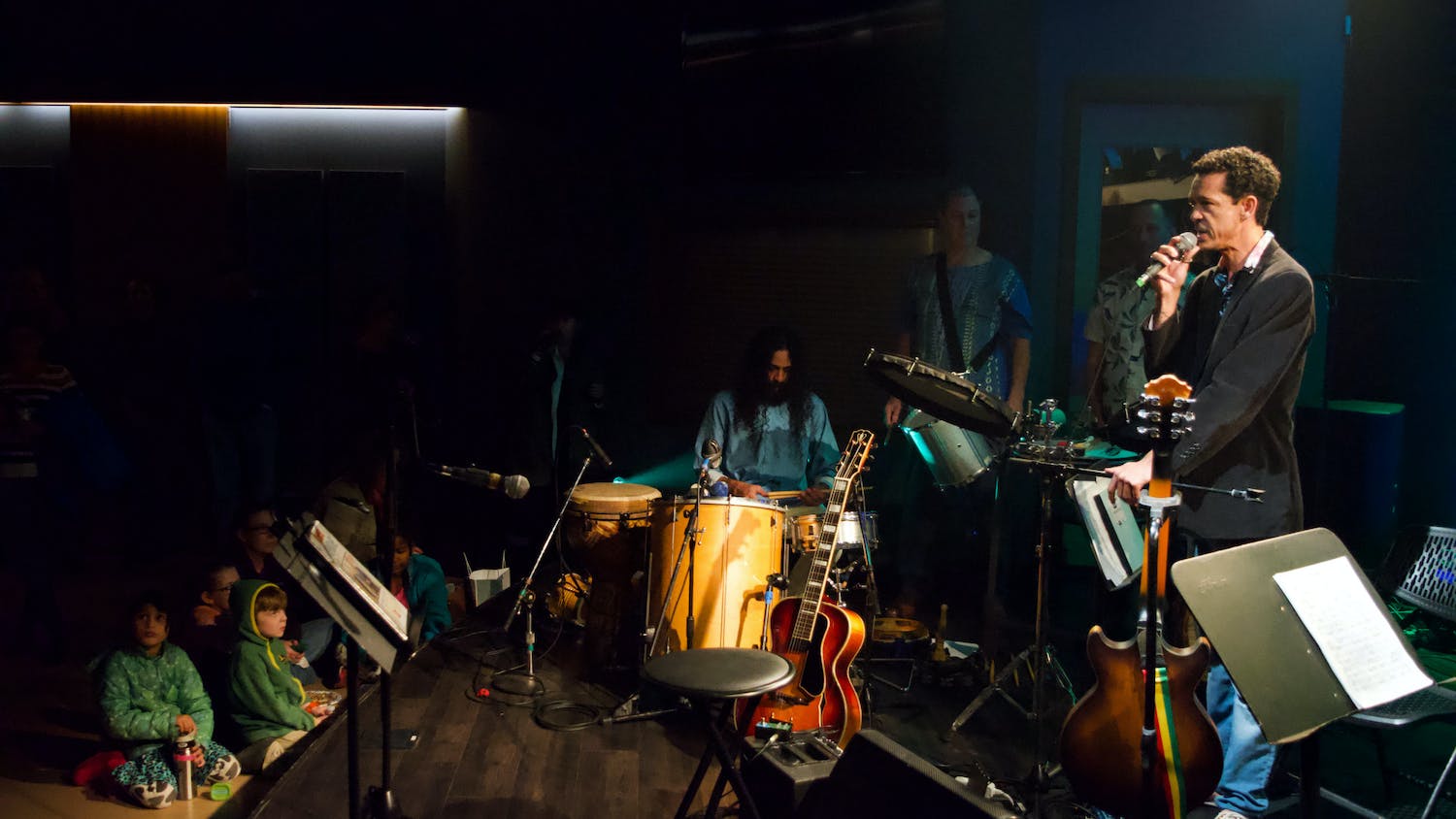