Skip to Content, Navigation, or Footer.
Donate Now
We inform. You decide.
Friday, May 20, 2022
SPORTS  |  OTHER SPORTS GOLF

Florida finishes tied for sixth at NCAA Regional after round one

After a top five finish at the SEC Championship, sophomore Marta Perez was slipped into the number one spot for the Florida Gators women’s golf team. Having a lot of momentum going into the NCAA Regional, expectations were high for her.

Unfortunately for her team, the pressure got to her.

But her team had her back as Florida notched a spot in a tie for sixth out of 18 teams in Austin, Texas.

The Gators were led by sophomore transfer Sierra Brooks, as they have been all year. Brooks carded a 2 under, shooting even on the front nine holes and going 2 under on the back nine. She closed in a tie for sixth.

Freshman Addie Baggarly wasn’t far behind. She notched a 1 under, which was good enough for a tie in 15th.

There was a large gap between Baggarly and the next Gator - redshirt freshman Elin Esborn. Esborn ended up in a tie for 47th and finished round one at 3 over. Senior Taylor Tomlinson shot the exact same score.

Perez brought up the rear for the Gators, but she fell apart down the stretch. After shooting even on her first nine holes, she went on to shoot 5 over on her back nine, closing at 9 over in a tie for 70th.

Coach Sierra Glaser was optimistic after the decent start to the Gators’ tournament, particularly when speaking on Brooks and Baggarly.

“Just a couple unforced errors that caused our score to balloon a little,” Glaser said in a release. “I think you saw some grit towards the end of our round, particularly Sierra (Brooks) who finished strong and Addie (Baggarly) battled all day after a poor start.”

Baggarly shot 2 over on her very first hole, but would go on to birdie holes 13, 14 and 15 to get back on the negative side of the board.

Sophomore Sierra Brooks led the Gators, shooting two under in the first round of the NCAA Regional. 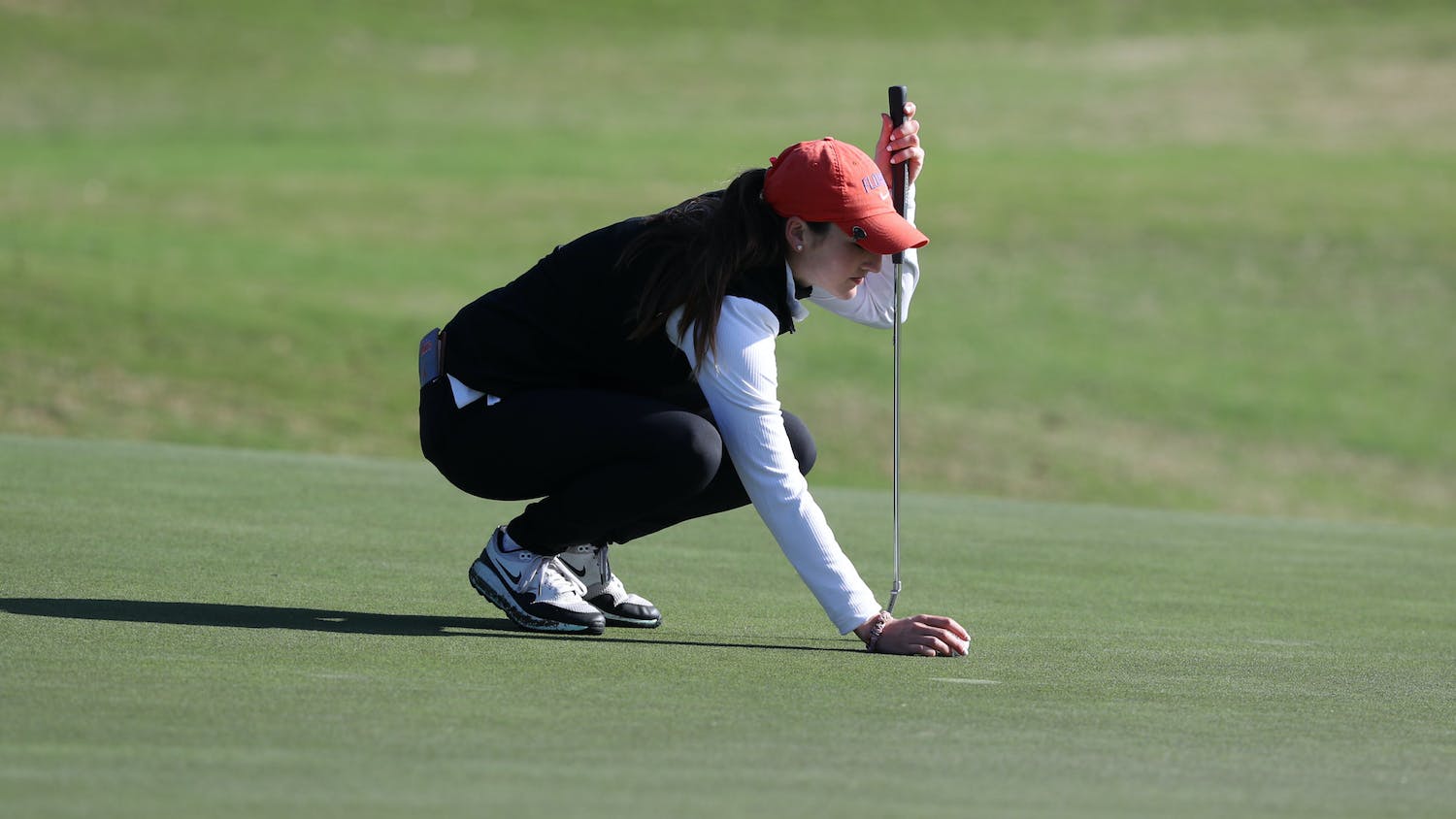