Over 4,000 people come out to 16th-annual downtown Latino festival

The sound of salsa music, the smell of carne asada and the sights of Hispanic culture flooded Bo Diddley Community Plaza Saturday afternoon.

More than 4,000 attendees participated in the 16th-annual Downtown Latino Festival, with 15 vendors serving food from Hispanic countries including Colombia, Venezuela and Mexico. The event is Gainesville’s only annual Latin festival, said Fausto Pazmin, the president of the Chamber of Hispanic Affairs.

Guests listened to music from Hispanic artists, including José Novoa and Winston Paulino. The festival cost about $15,000 and was sponsored by Mi Apá Latin Café and the city of Gainesville, Pazmin said.

Local performer Henry Just, 33, sang gospel music at the event for the first time. This is his first Latin festival since moving from Puerto Rico after Hurricane Maria tore across the island.

“I feel very comfortable with everybody,” Just said. “We are having a great time in Gainesville and so grateful to be here.”

Gainesville Mayor Lauren Poe greeted the crowd and shared his appreciation of the Hispanic community by giving a speech in Spanish for the first time.

“Our community is our strength,” Poe said in Spanish during his speech.

The UF Society of Hispanic Professional Engineers presented children with an opportunity to learn about circuits with building kits, said Valentina Martinez, the vice president of marketing for the student group of engineers.

Arepas cook at a food stand Saturday during the Downtown Latino Festival at Bo Diddley Plaza. Foods from most Latin American countries were represented.

Martinez said her family is all over the world after they left political oppression in Venezuela.

“It’s really sad because it’s nearly impossible to get together for Christmas,” Martinez said. “Being surrounded by these people, the music, the food, it just brings you back.”

Although Adrian Garcia has lived in Gainesville for 11 years, as a former West Palm Beach, Florida native, the 26-year-old Dominican and Cuban attendee said his favorite part of the festival is the good music and the good vibes.

Calie Michael, a 21-year-old UF marketing and telecommunication senior, plays games with 7-year-old Nevaea on Saturday at the Downtown Latino Festival in Bo Diddley Plaza. “We just passed it on our way home and wanted to check it out,” Michael said. 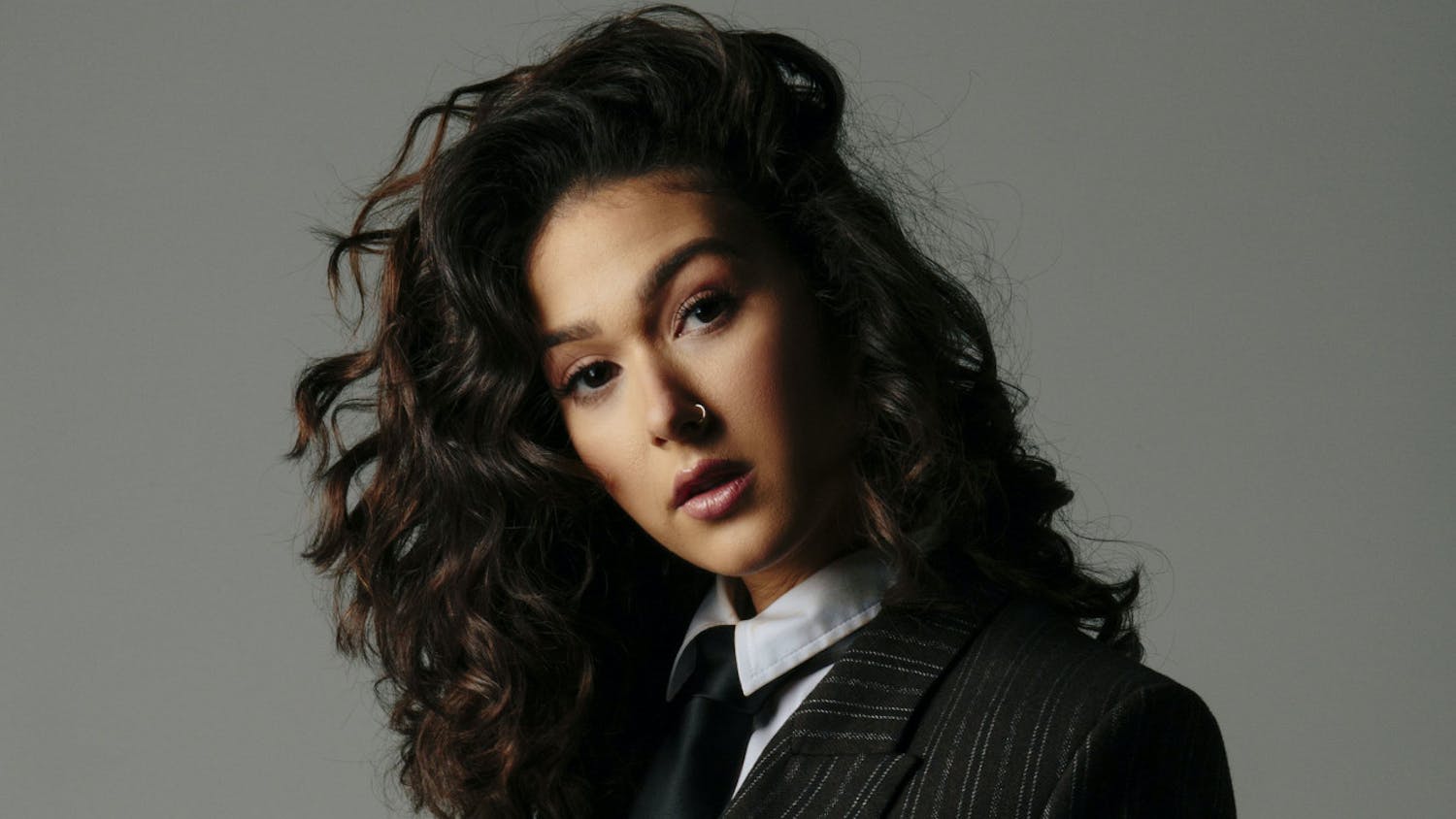