An 8-foot creature peered into a family’s home in the woods. Then the sprinklers went off.

Streams of sprinkler water rained down on listeners at the live reading of Mary Shelley’s “Frankenstein” on the Plaza of the Americas Wednesday afternoon.

Conor O’Dwyer, a UF political science professor, was caught in the sprinkler’s path while he was listening to the story but said he didn’t mind getting wet.

“At first I didn’t know what was happening, but I think it added a third-dimension element to the story,” he said.

UF was one of hundreds of groups around the world that celebrated the novel’s 200th anniversary with a “Frankenread,” organized by the Keats-Shelley Association of America.

The UF event was sponsored by Smathers Library and the Science Fiction Working Group, a UF organization that develops science-fiction curriculum, said Terry Harpold, a UF English professor and the event organizer.

Harpold said he was told the sprinklers would be turned off for the event. The sprinklers were quickly shut off after a call was made, and warm rays of sunlight helped dry the chairs.

The event was originally scheduled to end at 7 p.m. but it ended early because people read faster than anticipated, Harpold said.

Some of the readers, in the spirit of Halloween, showed up in costume.

Cynthia Barnett, a professor at the UF College of Journalism and Communications and an environmental journalist-in-residence, arrived in a rain costume just after the sprinklers turned off. She wore a white, fluffy cloud hat with dangling silver rain streams and a yellow lightning bolt.

The stormy weather Mary Shelley experienced while writing the novel worked its way into the story, Barnett said.

“It’s interesting to see the inspiration of rain on literature,” she said.

Listeners were able to come and go as they pleased, and about 200 people stopped by the green tent throughout the day, Harpold said.

He said it was important for students to hear the story, even for just 10 minutes, because of its relevant lesson.

“We are in a time where we have heated debates of who belongs and who doesn’t belong,” he said. “The book can make us think, ‘Do we refuse people because they frighten us or because of their actions?’”

Katherine Jovanovic, a 19-year-old UF English sophomore, stayed for the majority of the reading. She brought her own copy and took notes throughout the day.

She said reading “Frankenstein” was the perfect way to get scared for Halloween, but not because of the monster.

“The moral of the story is the most chilling thing,” she said. “It reflects on the questions of humanity, which is scarier because it’s so real.”

Katherine Jovanovic, a 19-year-old English sophomore, reads from Mary Shelly's "Frankenstein" during the Frankenread event hosted by the George A. Smathers libraries in the Plaza of the Americas on Wednesday morning. The novel was read by several readers in 20 minute shifts from 7 a.m. to 9 p.m. This event was one of multiple events happening during the Library Halloween Spooktacular happening at Library West, Smathers Library and Plaza of the Americas. 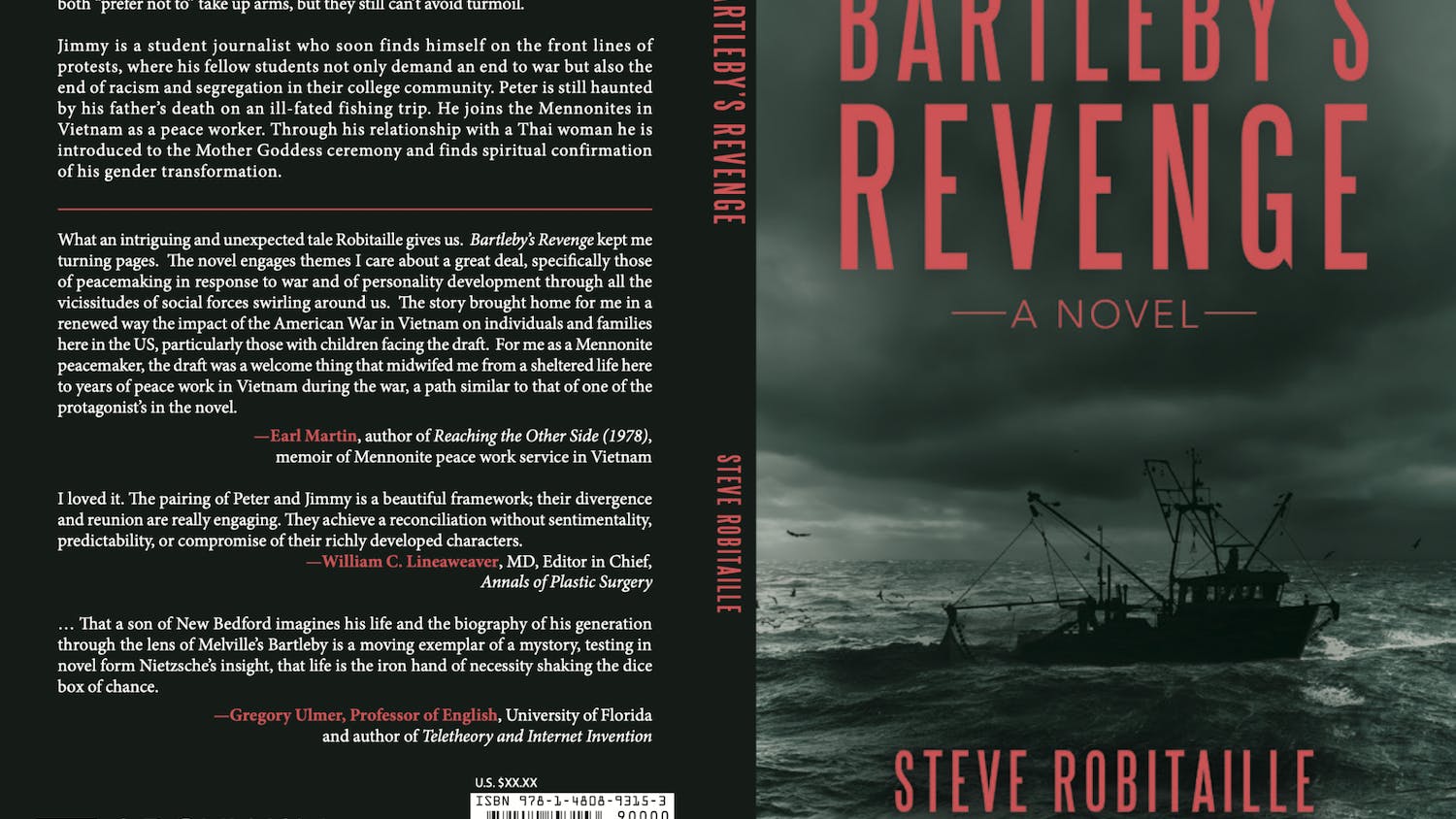