Skip to Content, Navigation, or Footer.
Donate Now
We inform. You decide.
Friday, January 28, 2022
Developing:
The latest news on UF’s barring of professors from testifying against the state
SPORTS  |  FOOTBALL

AAF is bringing the fun back to football

Fans of the NFL were disappointed nearly a week ago because of that atrocity of a Super Bowl.

It was just bad all around. A terrible football game, a much worse halftime show -- I’m still mad about how Maroon 5 and Travis Scott did Spongebob wrong -- and the Patriots won. A recipe for disaster.

But there I was a week later watching the Alliance of American Football. I haven't given up on football, and I was willing to give this new league a shot.

I was glad I did. The AAF just oozes fun.

I’m always skeptical of new leagues at first. I had heard the horror stories of the XFL — which is also making a comeback next spring — and how it had shut down after one season because it wasn’t really football.

But something was different about the AAF. It took what was bad about the NFL and fixed it to make it more appealing to fans.

It made football seem fun again. Here’s how it accomplished that:

Kickoffs in the NFL have become one of the most boring and pointless aspects of the game. Runners no longer take off when the ball is in the end zone because today’s kickers can now blast the ball farther. It has pretty much become a formality.

In the AAF, there are no kickoffs. The team just starts with the ball on the 25-yard line to avoid wasting everyone’s time.

The same applies to extra-points. Teams have to go for two after every touchdown, which adds more excitement to the game. Field goals are still allowed.

You may be wondering how teams can attempt onside kicks if there are no kickoffs. The AAF has already thought of that. If a team is trailing by 17 points, or there is less than five minutes remaining in the game, they can opt for a 4th-and-12 conversion on their own 28-yard line. It does eliminate the fun a surprise onside kick can present, but it’s worth it to get rid of kickoffs.

The final change is that there is a sky judge referee that reviews plays and challenges so the officials on the field don’t have to.

What’s really cool about this is we, as fans, get to listen to the thought process that goes through overturning or confirming a call. Instead of guessing why the ruling went one way, we get to hear the explanation for ourselves.

These new rule changes alone help make the league seem more exciting while keeping the fundamentals of football the same.

The Promotion of the league, and football in general, felt fresh

I didn’t hear a lot about the AAF going into the weekend. There weren’t a lot of commercials about it, and there weren’t too many advertisements online.

Because of it, I was surprised to see NFL Hall of Fame quarterback Kurt Warner on the pregame show. I was equally astonished when former Pittsburgh Steelers receiver Hines Ward, now an Executive of Player Relations for the AAF, joined Warner on stage.

It was cool to see these legends from my childhood appear on screen in promotion of this new league and, by association, football itself.

The way they set up the AAF was fun too. The rosters of the eight teams are comprised mostly of local college talent.

For example, the Orlando Apollos have seven former Gators players, six from Florida State, five from UCF, and three from Miami and USF. Their head coach is Florida legend Steve Spurrier.

It makes it exciting seeing players you followed in college get to play at a professional level. It’s a fresh new take on America’s new pastime.

Jake Dreilinger is the sports editor of the Alligator. Follow him on Twitter @DreilingerJake and email him at jdreilinger@alligator.org. 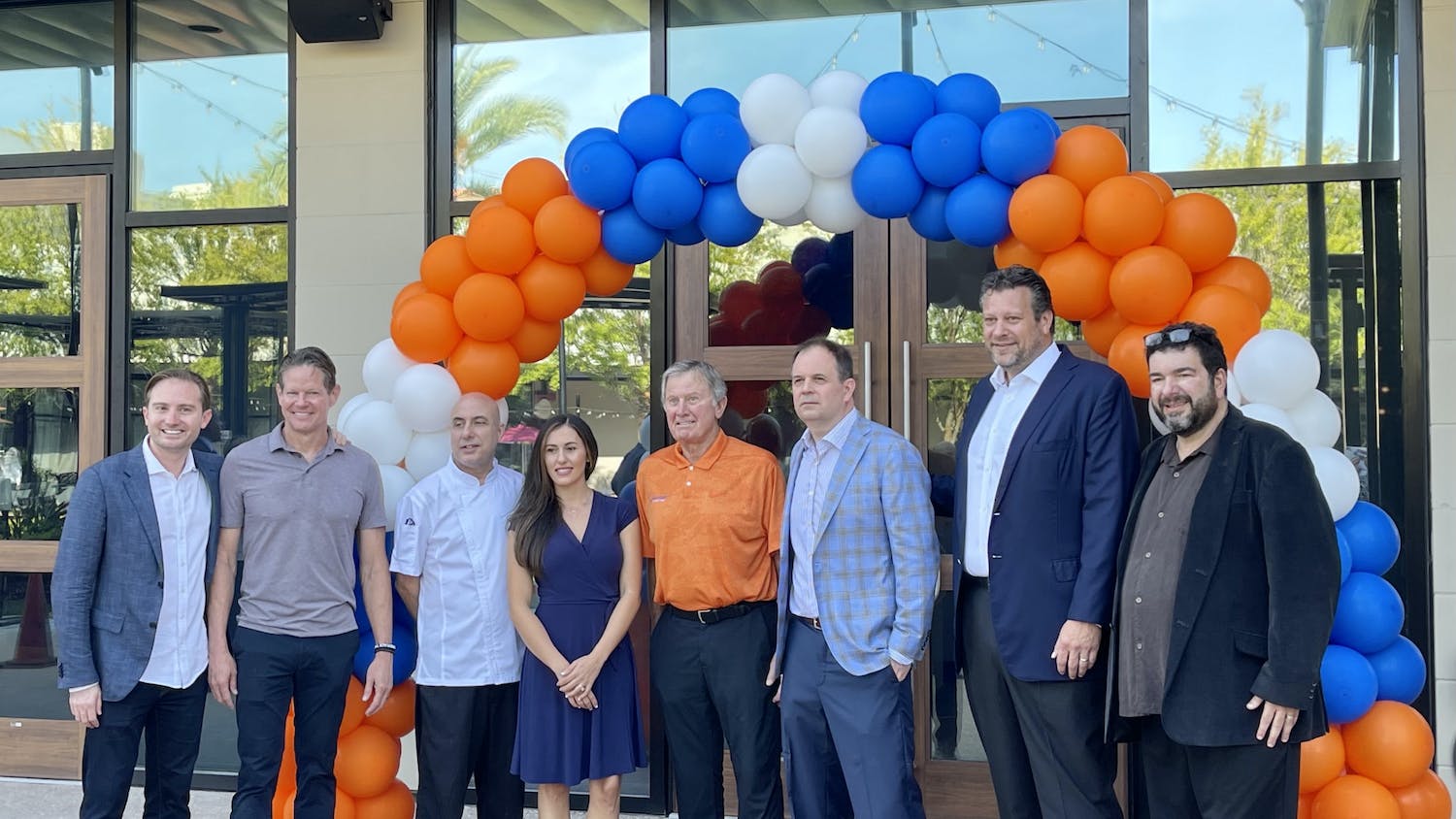 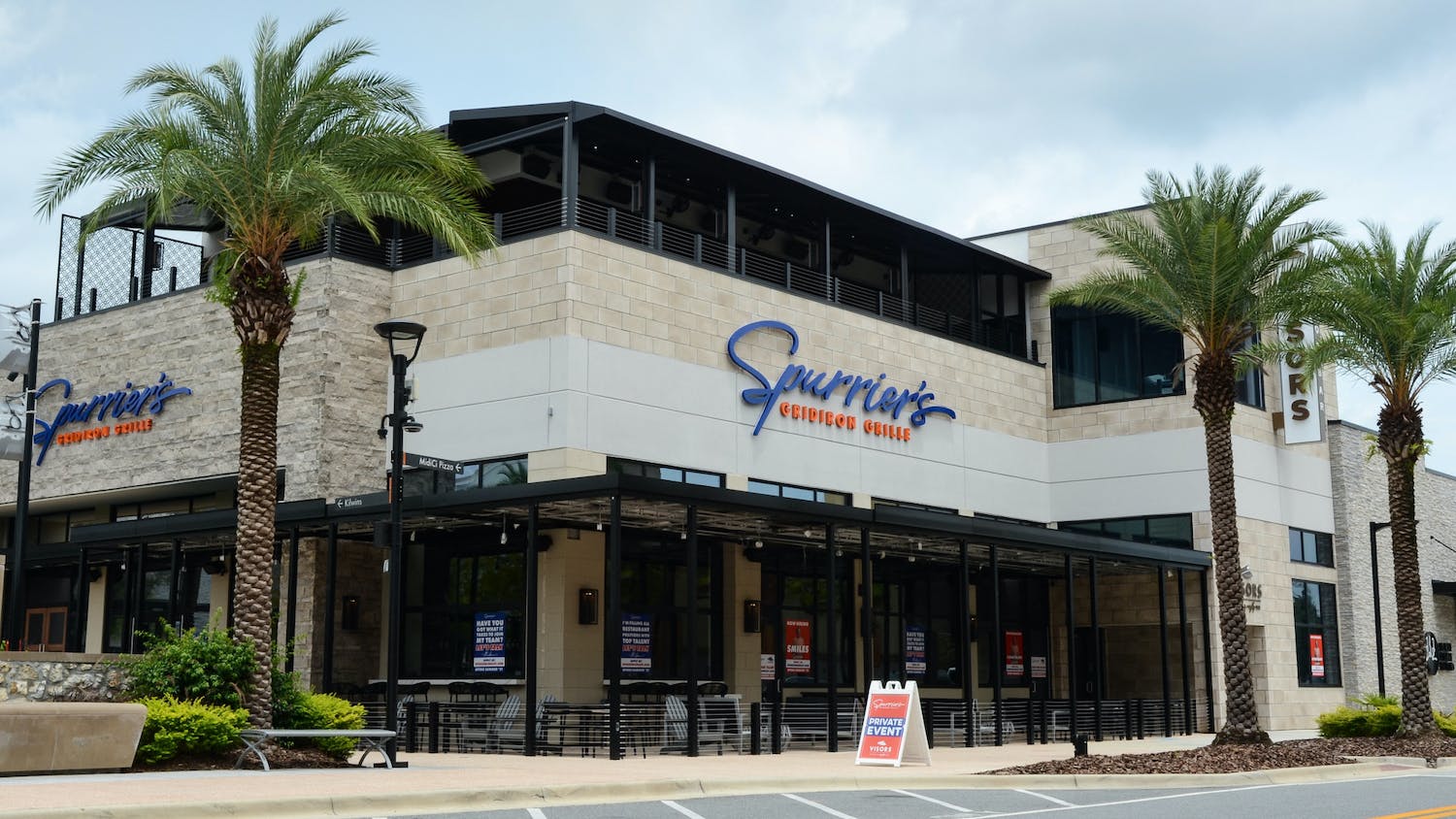