Impact Party’s Student Body presidential candidate has issued an apology after racially insensitive and homophobic posts he and others made on his personal Facebook page surfaced.

At least 20 posts on Impact’s Michael Murphy’s personal Facebook timeline from 2011 to 2016 include vulgar content, including a stereotypical picture of an Asian student in a math class. Murphy also commented on a post saying, “C thats y hes a f-- he breaks into there housr R U SAYING ALL GAYS BREAK INTO HOUSE.” Murphy also commented on a post saying he looked different with, “o ya i forgot to tell you… i changed my gender the other day… the surgery was a success.”

The UF Pride Student Union does not condone this behavior and will release a statement Friday, said Alex Rong, the student organization’s internal vice president.

Murphy, 21, wrote in a text message he is “deeply sorry for [his] conduct back then” and hopes to convey his “regret to anyone hurt by [his] immature actions,” as he’s learned a great deal since the posts.

He asks for the university community to judge him by his time and record at UF, instead of his social media from middle school.

“I am heartbroken to think that my actions caused any student at UF pain, and I will work every day for the remainder of my time on campus to make up for it,” Murphy said.

Murphy did not respond to follow-up questions. The posts have been deleted since The Alligator contacted Murphy about them.

The posts came to The Alligator’s attention when an anonymous email was sent to the editor. The posts were then independently verified by reporters.

One of the photos sent in the anonymous email shows the profile picture of Zachariah Chou, the Inspire Party Student Body presidential nominee, and another shows his name logged into the account.

Chou, 21, said he did not send the photos to The Alligator but confirmed he took two of the photos the paper received, including one someone shared on Murphy’s profile of a black woman with the caption “Happy birfday I got you a stripper,” in November 2016. Murphy liked the post.

Chou said he sent the pictures to friends via Snapchat in November, and one of the recipients most likely took a screenshot and sent the images.

Although Chou said Murphy’s posts were immature, he believes his opponent’s values have changed.

Murphy said some of the posts in question were created because he was assigned to a shared middle school computer for class and would often inadvertently leave his account logged in, which is when he said other middle school students would post the vulgar comments.

“I never should have allowed them to remain on my page, and for that, I am again truly sorry,” Murphy said.

In February 2014, Impact’s current Student Body treasurer candidate Santiago Gutierrez, 20, had a Facebook post that said, “I’m coming out!! I want the world to know! Got to let it show!” on his page. There were 10 comments below, including Gutierrez claiming his brother “hacked” him and that he is “not gay.”

Gutierrez replied to a comment saying, “si tio yo no soy marica,” which translates roughly to, “no uncle I am not gay.” “Marica” is a derogatory term to describe gay people, however, the use and severity of the phrase varies depending on dialect and region.

Gutierrez said he was 14 when he left his Facebook page open and his then-20-year-old brother made the post.

“I have nothing against the gay community. I am an ally of them,” Gutierrez said. “I have a lot of friends that are part of the community as well.”

The post is not accurate regarding Gutierrez’s thoughts on the LGBTQ+ community, he said. He doesn’t believe it will affect his campaign, as it was taken care of between him and his brother, although he says the post never should have been on Facebook.

Abraham wasn’t aware the post was still on her Facebook and thought it was deleted. Abraham said she does not condone what was posted on her page or using the word “gay” in a derogatory manner.

“We fail to remember that these things did happen so long ago,” she said, “and people were so young that they didn’t realize the effect that their words would have on the population.” 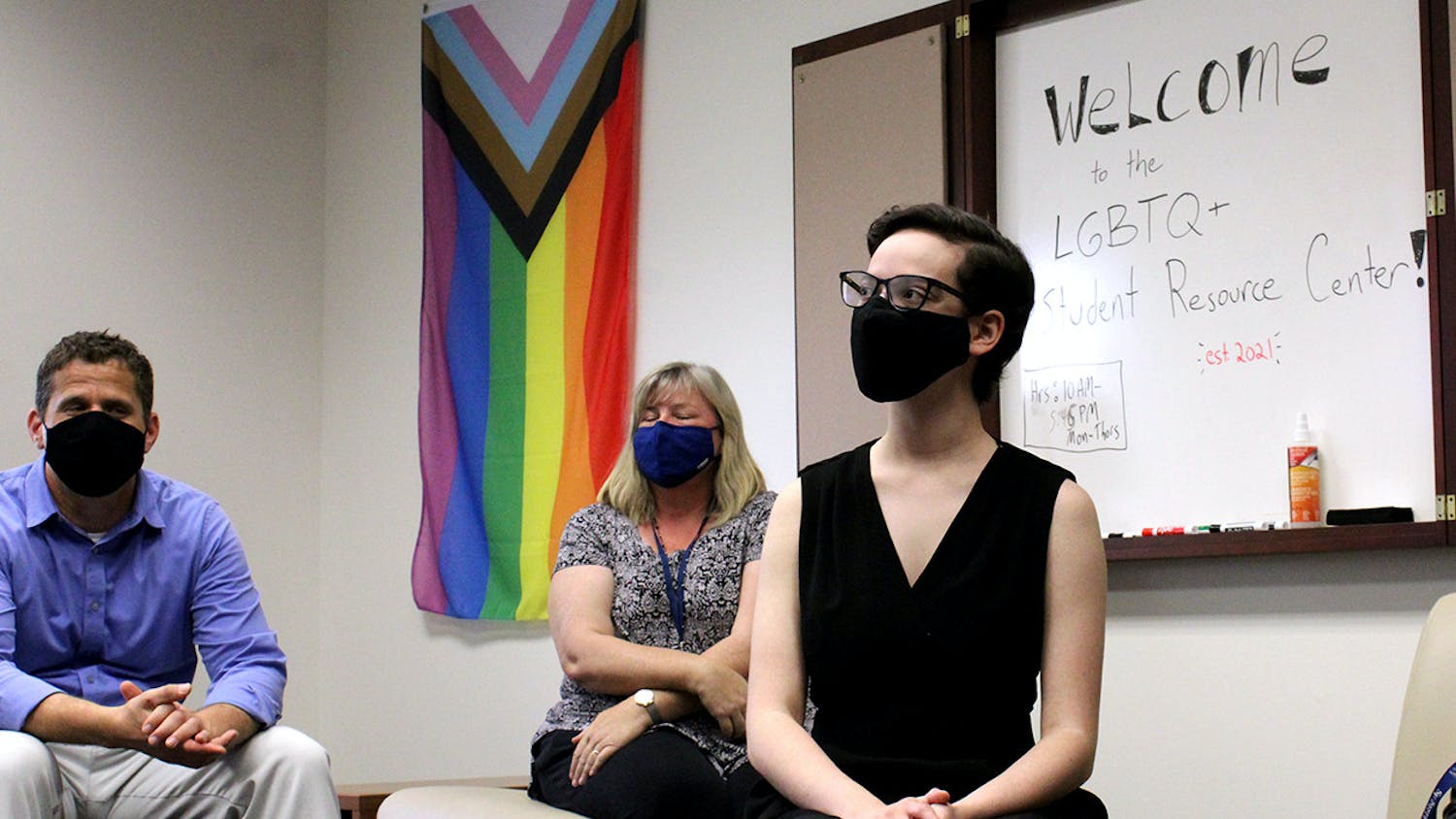