Skip to Content, Navigation, or Footer.
Donate Now
We inform. You decide.
Thursday, May 26, 2022
SPORTS  |  BASEBALL

Path to the majors: Q&A with Pete Alonso

Sports editor Jake Dreilinger and staff writer Sam Campisano talked to former Gators and current New York Mets first baseman Pete Alonso on Wednesday before the Mets' victory over the Minnesota Twins. He is batting .378 with 17 hits and six home runs this year.

Hear what Alonso had to say about his transition from college to professional baseball, if the College World Series prepared him for the bigger stage, and why he dislikes the metal bats used in college ball.

How has the transition been from college to the minors, and then from the minors to the majors?

That’s kind of the one thing that makes professional baseball a little bit easier, because you don’t have to worry about classes, professors, or papers or exams. It’s all baseball. That’s kind of helped, and the one thing about the college game that’s a little different is that there’s only four games a week, maybe five.

In professional baseball, you play every day and you get a chance to make adjustments and learn and kind of continue what you do well every single day. So, you have a lot of things fresh in your mind going into the next day and you don’t have to wait. Let’s say you’ve got a Tuesday game; you don’t have to wait all the way until Friday to play. You get to play that next day and you get to play every day, which I think is extremely beneficial.

Pete: I learned a lot about the game of baseball at the University of Florida. Learning different nuances about it, like playing smart, running the bases well, just learning the game. For me, that was invaluable and I feel like that kind of gave me an edge, whether it be picking up pitch sequences or learning how to play the game properly and know different situations. But if a guy gets offered a bunch of money out of high school, don’t turn it down.

How different has the speed of the game been from college to professional?

Pete: There’s a lot of the same guys I’ve seen, especially playing at a school like UF, you get to see a lot of high-quality competition up and down the league and there’s a ton of guys that I played with and against that I’ve seen rise the ranks and they’re right here with me.

Right off the top of my head, Nick Senzel, University of Tennessee, think he’s Triple-A. I don’t know if he’s in the big leagues or not. Also, Dakota Hudson, he was my draft class, first-rounder to the Cardinals, and he’s in the big leagues. So, those are some high-quality guys, SEC guys that I played against all throughout college and summer ball, just rose through the ranks together.

Do you think that playing in the College World Series prepared you in any way for the bright lights of the major leagues?

Pete: I felt like I was floating. That was pretty much it, it felt like a dream.

And you’ve been pretty solid since then. What’s clicked for you?

Pete: I’m just really happy I’ve been playing well. I mean, I’ve had a bunch of preparation with my offseason training and just a strong mentality. So I mean, I’m just taking everything I can, trust my preparation, trust what I can do, trust my ability and just have fun in the games.

There was some talk in spring training whether you would make the big league club. Can you take us through when you found out you that you made the roster?

Pete: Yeah, so kind of before...I keep a notebook and the one thing I kinda wrote down during the entire thing is like, “All the noise doesn’t mean anything. The only thing that matters is what you do between the lines.” And it’s kind of just how you play. If you put up results and if you’re producing, then I guess the rest will take care of itself. And thankfully it did.

Pete: Basically, it was just repetition to build confidence, cause 2017, it was a pretty bad year defensively for me. Basically, last year, I had a pretty good year defensively, and this year, I’m trying to have an even better year than last. So I guess overtime, proving myself in games to kind of get away from that stigma.

Pete, I got to ask you, how does that major league clubhouse compare to some of the other clubhouses in the SEC?

Pete: Well, I’ve only been in one clubhouse, which is UF’s clubhouse. In college, there’s not visitor clubhouses, so you just kind of show up to the field in your uniform ready to play. So it's a little bit different. But I guess big league clubhouse...it’s nice. It’s really damn nice.

How was the adjustment from metal bats in college to using the wooden bats in the majors?

Pete: I think the metal bats that they use now in college are trash. Like the BBCOR is terrible. I think it’s just bad for the game, and I think playing with wood bats would be so much better, especially in the college game, because if you get it, the ball’s going to go. I guess it’s kind of the only thing would be is the college money deals or the NCAA or certain schools have bat deals or stuff like that they have to keep with their sponsorships I guess. I mean, for me, I love using wood so much better than the BBCORs. I hit well with them, but I just didn’t like them that much.

Is there anything you would like to say to the Gator Nation out there? 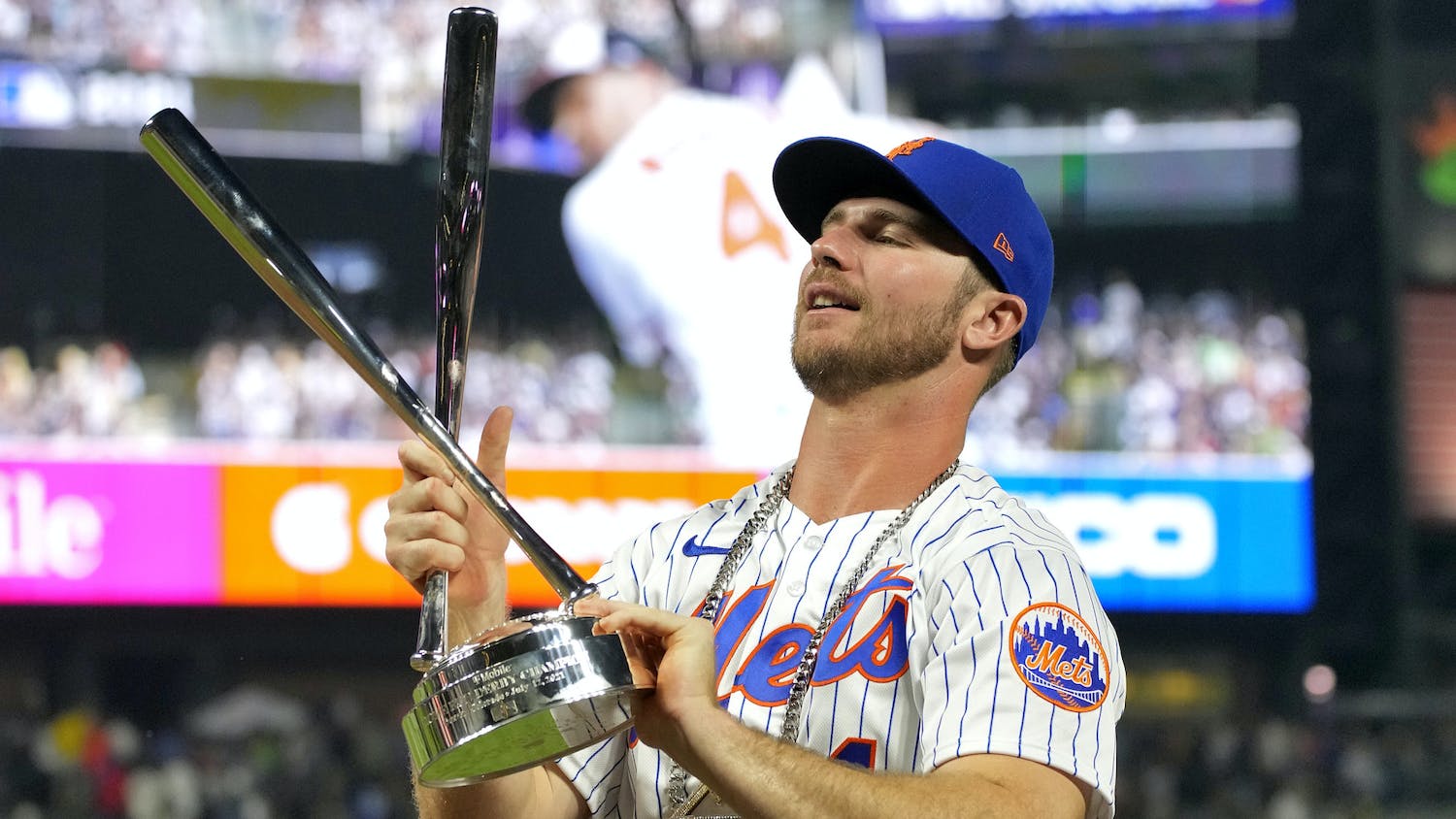