UF eliminated from NCAA Tournament after loss to UNC

Senior attacker Lindsey Ronbeck has been the primary source of offense for the Florida lacrosse team throughout the 2019 campaign.

She came into the second round of the NCAA Tournament with 88 goals and 17 assists for a team-high 105 points, recording three goals or more in 16 out of 20 games.

But Ronbeck found the back of the net only once on Sunday, as the No. 17 Gators fell 15-11 to No. 3-seed North Carolina at the UNC Soccer and Lacrosse Stadium. The loss snapped UF’s 11-game win streak and eliminated it from the national tournament.

“Today was a disappointing result, but the future is bright for this squad,” coach Amanda O’Leary said in a release. “We are excited for what is to come.”

The Tar Heels (16-3) got on the board first on a goal from midfielder/attacker Olivia Ferrucci at the 27:23 mark of the first half before senior midfielder Sydney Pirreca tied it up 34 seconds later.

Florida, however, went scoreless for nearly 18 minutes after Pirreca’s equalizer.

North Carolina found the back of the net five times in that span behind goals from midfielder Scottie Rose Growney (3),  Ferrucci (1) and attacker Jamie Ortega (1).

UF’s second goal came with 8:48 remaining in the first half after Pirreca slotted home her second of the day.

UNC headed to the locker room with a 9-4 lead over the Gators, who managed only 11 first-half shots to North Carolina’s 18.

Sophomore attacker Grace Haus got Florida within two on an unassisted goal to make it a 13-11 game, but North Carolina didn’t budge after that.

UF was held without a goal for the last seven minutes and 37 seconds of the contest, while the Tar Heels scored twice to secure a spot in the quarterfinals of the NCAA Tournament.

Although Florida’s seniors did not bring home the program’s first-ever national title, O’Leary is still proud of what they have accomplished during their tenures at UF.

Florida's season came to an end on Sunday as it fell in the second round of the NCAA Tournament to North Carolina. 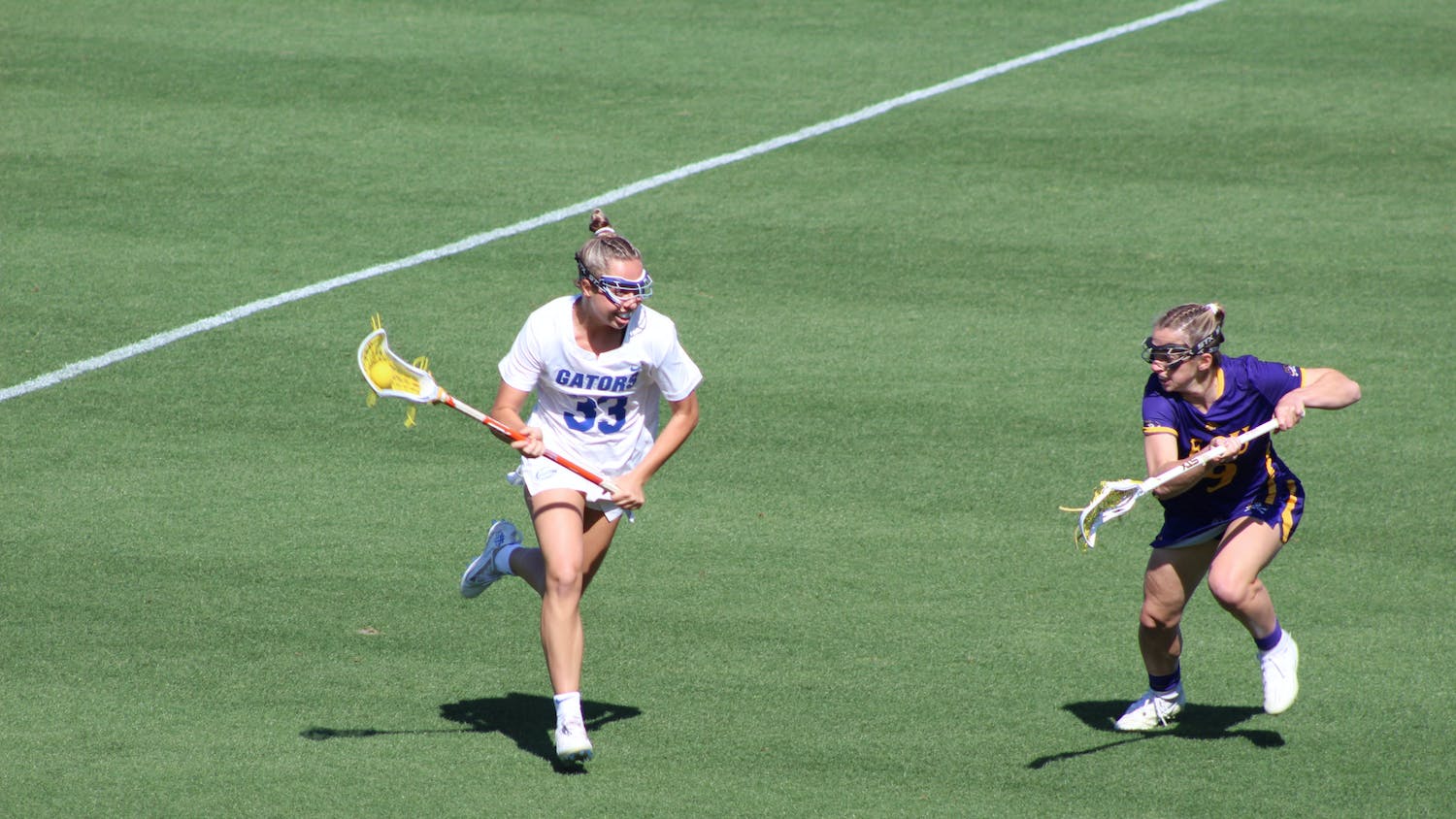