In 2017, two wooden houses on University Avenue, meant to bring comfort to Latinx and black UF students, were torn down.

In November, students can return.

After two years of debates and construction redesigns, the Institute of Black Culture and Institute of Hispanic-Latino Culture, better known as La Casita, will open with ribbon-cutting ceremonies on Nov. 16 and 17, respectively. The buildings are at 1510 and 1504 W. University Ave.

The announcement was made during the Hispanic-Latinx Student Assembly, an annual event to welcome Latinx UF students, Wednesday night. Students in the audience cheered while watching the video announcing the dates.

Will Atkins, the director of Multicultural and Diversity Affairs, said the MCDA will lead the ceremonies, which will both be followed by an hour to an hour-a-half-long program with student organizations, faculty and staff.

Construction of both buildings cost $9.9 million, which was funded by the UF Capital Investment Trust Fund, Atkins said. Bianca Quiñones, the director of Latinx affairs, and Carl Simien, the director of black affairs, will be managing the institutes.

“It’s going to definitely provide a space for students to come together around academic success, personal [and] professional development, as well as community building and cultural celebration,” Atkins said.

Hispanic Student Association President Isabella Oliver, said more details of the ribbon-cutting ceremonies will be released closer to the November dates. There will also be a series of events the week of the debut of the new institutes.

Oliver, a 21-year-old UF international studies senior, never visited the old La Casita because she found out about the institute while it was closing down. Oliver said she is excited about how the space will be transformed to cater to Hispanic and Latinx students.

“I think having La Casita again is going to be one of the best things to happen to our community,” she said. “I think it’s going to be a glimmer of hope.”

At the assembly, Hispanic Student Association member Kendra Blandon, a 21-year-old UF religion and international studies senior, announced a documentary called “A Tale of Two Houses,” about the history of UF Latinx and African-American students.

The trailer of the documentary was shown at the event. It took over a year for student volunteers to create it through the Samuel Proctor Oral History Program, she said.

“What I really loved about the documentary was I had no idea that two small buildings north of University [Avenue] could have such a rich history of student activism, of involvement and, frankly, of politics as well,” Blandon said.

“We created this documentary because we want to do what the houses were intended to do, which is to empower us, as students of color, through history,” they said.

The buildings were 90 years old when they were demolished to be reconstructed because of the presence of mold, termites, moisture and structural damage, according to Alligator archives. Construction was supposed to begin in January 2017 for the buildings to be done by the following Fall.

But things didn’t go as planned.

When UF Multicultural and Diversity Affairs staff members presented a proposal to combine the institutes into one U-shaped building, many students were outraged and protested during Summer 2017. The students argued that the buildings should remain separate because each institute had its own unique history.

The tense back-and-forth delayed construction. MCDA eventually abandoned the U-shape idea and announced the buildings would remain separate in July 2017.

“Things are not given, but earned at the University of Florida,” Blandon said on stage at the assembly. “Students at this university fought for these spaces. They’re ours, and we’re going to keep it that way.”

Nicole Marrero, a 19-year-old UF architecture sophomore, plans to attend the La Casita ribbon-cutting. Marrero, a Hispanic with Cuban and Venezuelan heritage, joined HSA her freshman year to get in touch with her roots and is now part of the organization’s cabinet.

Marrero said she’s excited to see the special moment for those who were at UF before the old institutes were demolished.

“Our community will definitely feel stronger because we have a home base,” she said.

This is a breaking news story and will be updated as more information becomes available.

April Rubin contributed to this report.

Students pass in front of the location of the newly renovated IBC and La Casita buildings. 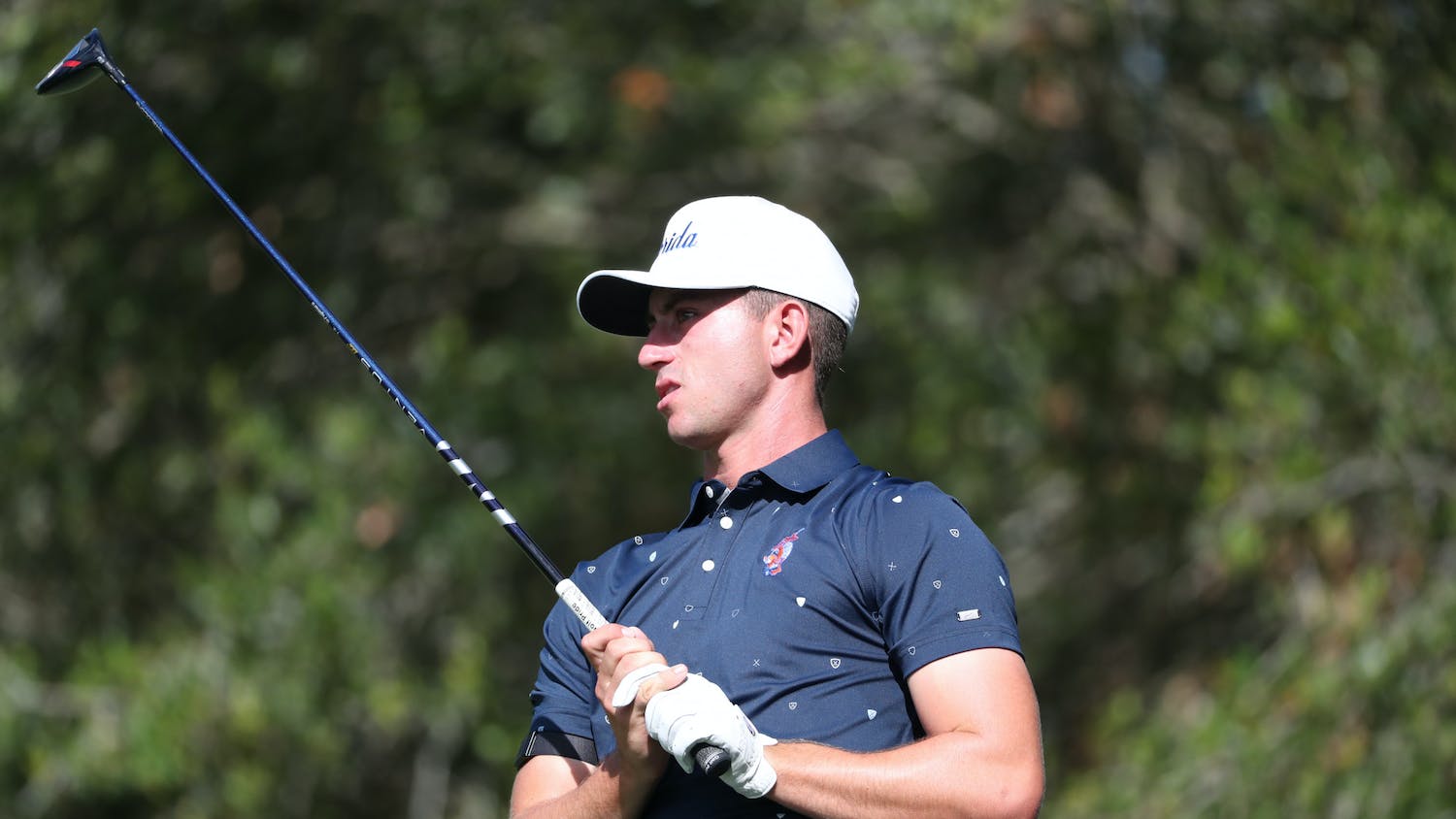 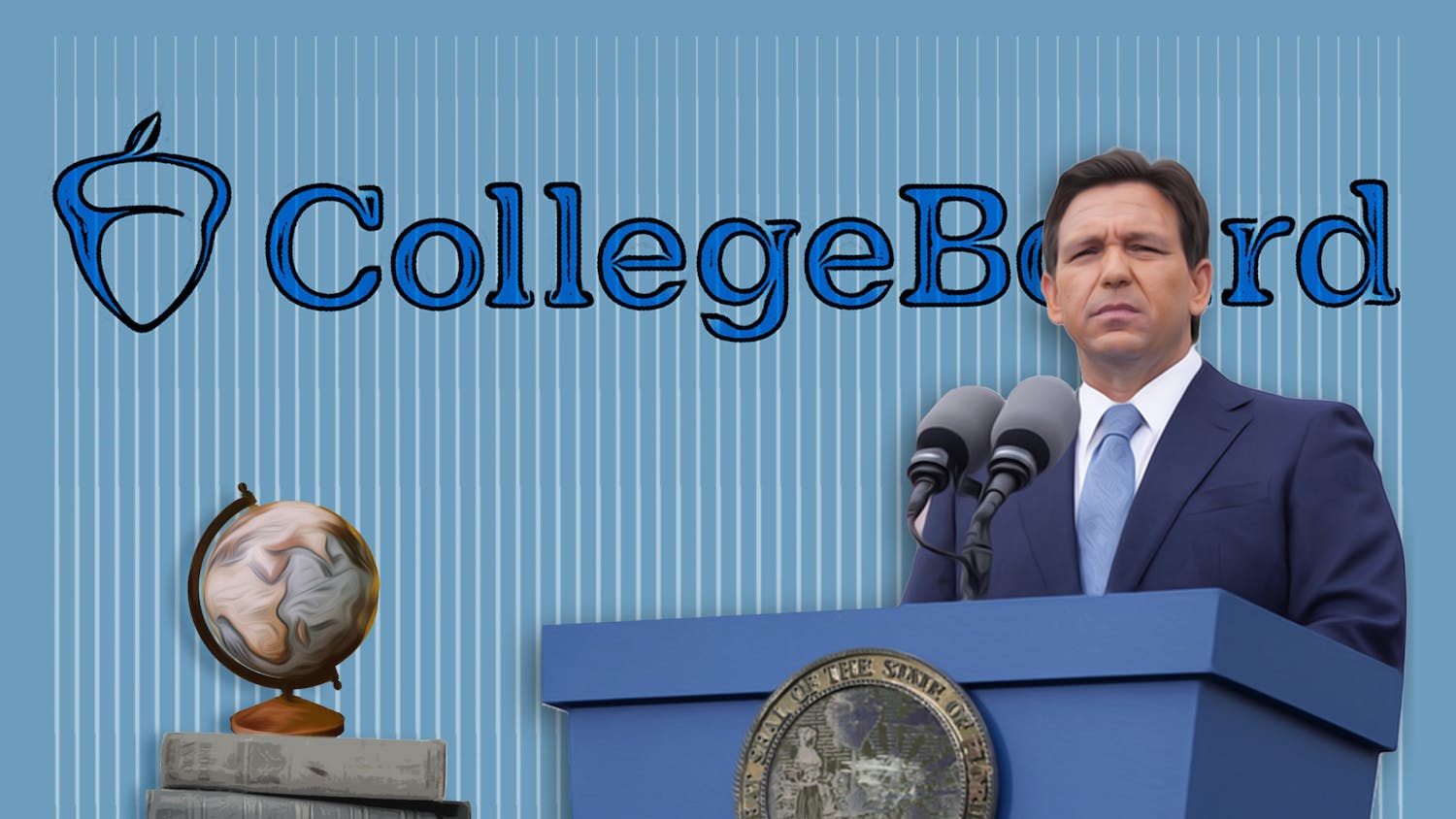