Skip to Content, Navigation, or Footer.
Donate Now
We inform. You decide.
Wednesday, January 19, 2022
Developing:
The latest news on UF’s barring of professors from testifying against the state
THE AVENUE  |  LIFESTYLE

FEST is for everyone: How Gainesville is nourishing an inclusive wrestling scene

Professional wrestlers and wrestling fans from across the country will come together Sunday for FEST Wrestling’s biggest show of the year: We Are Family!!

FEST Wrestling has taken place for over three years, a relatively new installment to the longstanding music festival known for bringing together punk bands and punk fans.

Tony Weinbender, the 43-year-old founder of FEST and FEST Wrestling, said he wanted to bring to Gainesville something similar to the independent wrestling events he watched around Florida.

Weinbender said FEST Wrestling draws a crowd which has similar “ethics, background and struggle” as those who attend FEST.

He also said the wrestlers have the same mindset as the punk bands who play in the festival, in that they “put themselves out there for not a lot of money, but for self-gratification,” and that he is happy to give a platform for both types of performers.

Weinbender said his team looks for open-minded wrestlers who reflect the spirit of FEST.

“We don’t like misogynistic people, or homophobic. None of that weird s--t,” Weinbender said.

One way FEST Wrestling cultivates an atmosphere of inclusivity is by making matches intergender, a contrast from most professional wrestling which has separate competitions based on gender.

“I think FEST is amazing because they work really hard to bring in people from a lot of different backgrounds,” Ren Kohaku, a volunteer for FEST Wrestling, said.

“There’s queer wrestlers, gay wrestlers, genderfluid wrestlers,” Kohaku said. “There’s large wrestlers, like people who you wouldn’t imagine could be a wrestler because there’s this stigma that bigger people can’t… be athletic. There’s no discrimination on who can do what.”

Kohaku has been volunteering with FEST Wrestling for about a year. They said their duties during events include assembling the wrestling ring and decorating the area.

“I just kind of wanted to get into the wrestling world, meet people there and expand my wrestling knowledge and circle,” they said.

Now 25, Kohaku was first introduced to wrestling at age 21.

“People think of it as like, just fake fighting,” Kohaku said. “But you can’t fake slam people into the ground and jump off a top rope. There’s a lot of skill and athleticism just because there’s like a story arc to wrestling.”

Kohaku said the inclusivity of Gainesville’s wrestling scene is part of what draws so much attention for this event.

“The culture of FEST Wrestling, there’s so many fans that have different backgrounds,” Kohaku said. “There’s men, women, nonbinary people, there’s a lot of trans people who are into FEST Wrestling specifically, just because it is so inclusive. It doesn’t matter who you are. As long as you’re a good person, and you have good talent.”

“It’s really cool because FEST doesn’t have a look,” Kohaku said. “FEST is for everyone.”

Jamie Senegal, 22, is a Pennsylvania-based wrestler who has wrestled for almost five years and participated in FEST for three.

“It’s always been the most insane show of the year,” Senegal wrote in a message. “This year, I’m gonna win the Battle Royal, and that’ll be the difference.”

Senegal said their favorite aspect of wrestling is being able to “unapologetically be myself and kick faces.”

Michael Starkes is another professional wrestler who will be traveling into Gainesville for the “FESTivities,” he wrote in a message.

Starting in 2012, Starkes, who is from the Bronx, has wrestled across the East Coast dressed in his signature hot dog costume. He said Gainesville is his favorite place “by far” to wrestle.

“I loved the atmosphere,” he wrote of last year’s FEST. “Over a hundred screaming die-hard wrestling and rock fans surrounding the ring, excited to cheer or boo. And I only expect this year to be bigger and better.”

Tickets for FEST and FEST Wrestling can be found through their website. 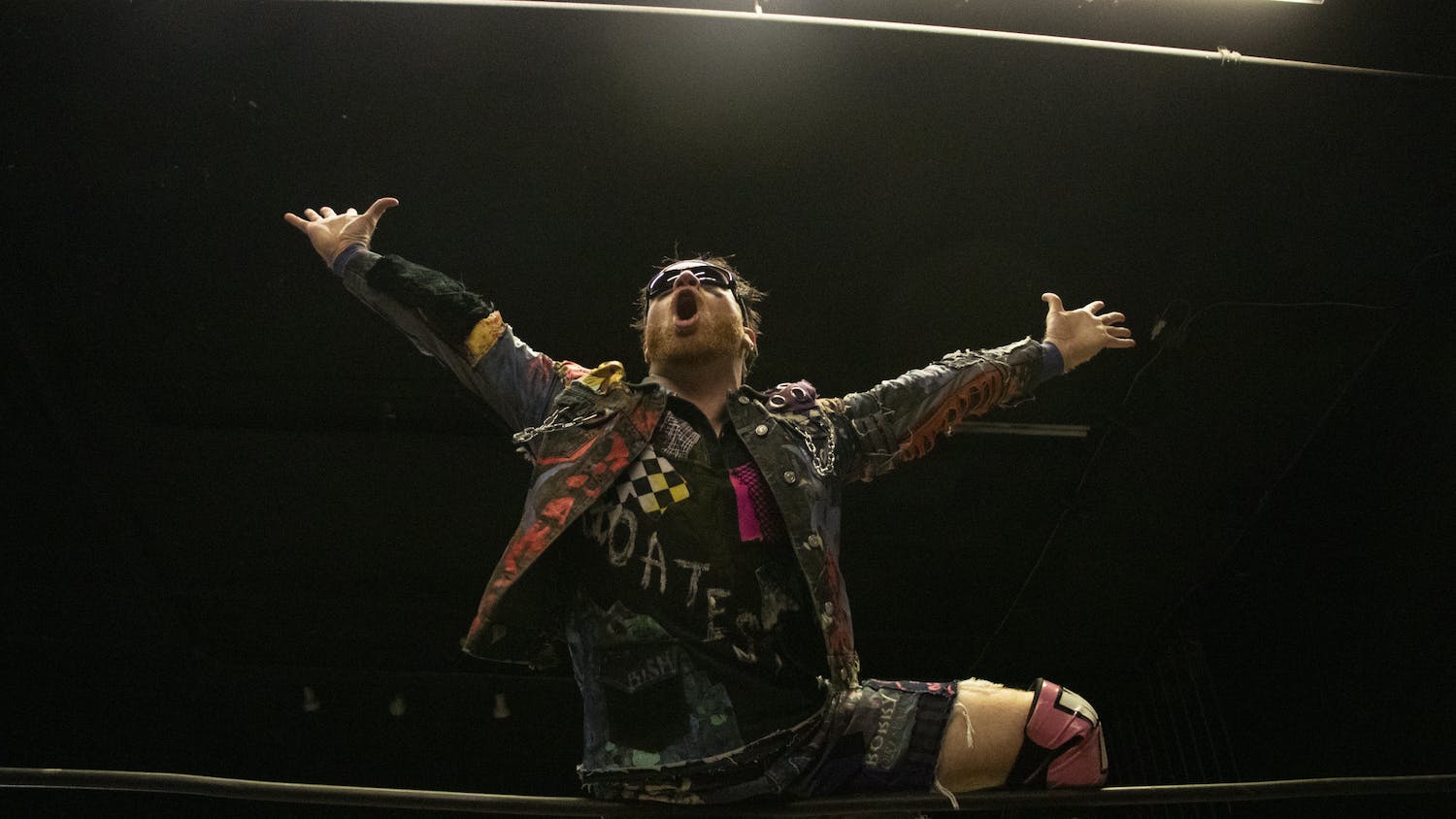