Florida bounces back with conference victory over Kentucky

Florida’s soccer team was in the midst of a six-game winning streak before Ole Miss came to Gainesville and took down the Gators on Thursday. It was UF’s first loss since Sept. 8 when it fell to Central Florida in the sixth fixture of the season.

Sunday afternoon was the perfect opportunity for No. 19 Florida to bounce back, as Kentucky came into Donald R. Dizney Stadium with seven consecutive losses. And the Gators added another loss to the tally in a 4-2 victory over the Wildcats.

One of those runs resulted in a corner kick for the Wildcats, which eventually led to their first goal of the match in the 17th minute. A botched clearance following the corner saw the ball go straight to forward Julia Grosso, who hammered the ball into the back of the net to give Kentucky a 1-0 lead.

The rest of the first half was highlighted by a pair of freshman midfielders for the Gators: Laney Steed and Ava Kuyken. Both players recorded their first collegiate goals in stunning fashion.

Steed tied the game in the 26th minute on a half-volley with her left foot from the edge of the 18-yard box, while Kuyken shook her defender and blasted the ball into the top-left corner in the 39th minute to put UF ahead 2-1.

“We’re actually roommates, so we’re together all the time… It was just so much more special that we both had our first (goals) today,” Steed said. “We just looked at each other with a look of amazement in both of our eyes.”

Florida asserted its dominance over unranked Kentucky at the start of the second half, as freshman forward Kouri Peace scored her second goal of the campaign in the 50th minute on a pass from junior forward Deanne Rose.

Fourteen minutes later, redshirt junior midfielder Parker Roberts scored on a free kick to give the Gators a comfortable 4-1 advantage.

Wildcats forward Jordyn Rhodes converted a penalty kick to make it a 4-2 game with 19 minutes remaining, but it was too late for the visiting team to mount a comeback.

Not only did UF ditch its orange and blue kits for pink ones to show support for those fighting breast cancer in the program’s 11th annual Pink Match on Sunday; but it also celebrated Burleigh’s 52nd birthday after the victory.

“You just can’t take moments for granted. I know that very well with my mom having had multiple types of cancers,” Burleigh said. “When you are playing for something bigger than yourself, it helps you get focused in and realize that moments are precious.”

Freshman midfielder Laney Steed notched a game-tying goal in Florida’s 4-2 win over Kentucky, which marked the first goal of her collegiate career. 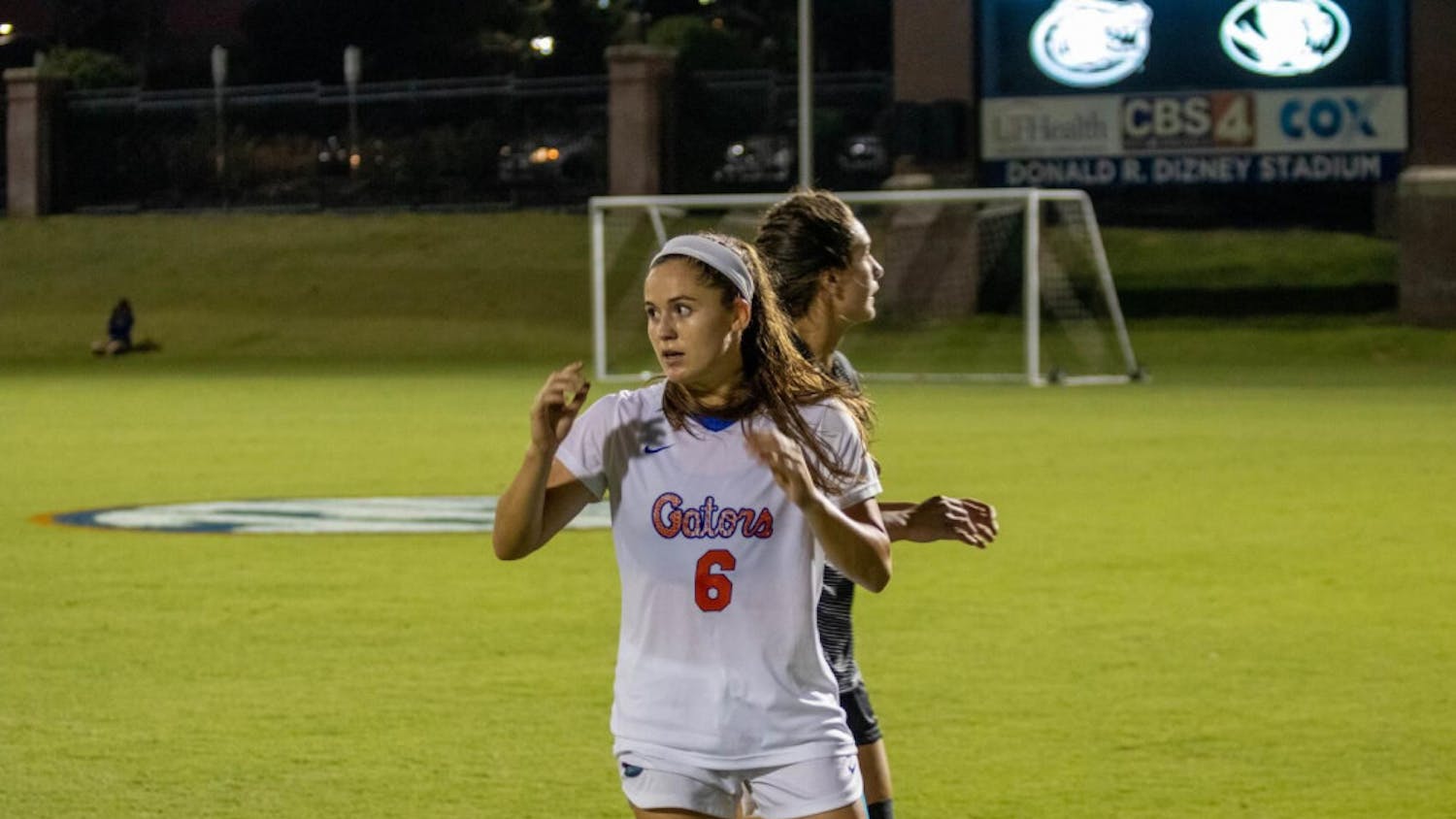